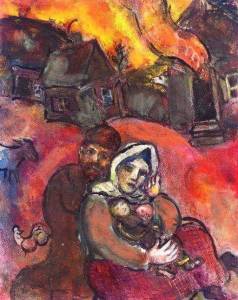 We continue to see attacks on democracy internally and externally as the West fights right-wing extremists magnetized to or ruled by despots. These Right Wingers are taking on the post-World War 2 order abroad. We also continue to see Neo-confederates, NAZI-sympathizers, and theocrats taking on our post-Civil War advances in the United States. Most of this seems deeply tribal and extremely racist, sexist, and nationalistic.

Today, we’re focused on the confirmation hearings for Ketanji Brown Jackson now underway. Senator Amy Klobucher is actually bringing tears to my eyes in her opening statement. Too bad it’s followed by the frivolous ball of flesh known as Ted Cruz. Cruz is lecturing everyone on that old Republican lie about the Supreme Court becoming a legislative body instead of a deliberative one. I have no idea how these folks continue to try to hunt with dogs that won’t.

Even the National Review has called out the outrageous lies he’s been spouting about Judge Jackson calling it a “disingenuous attack”. This was penned by former Federal Prosecutor Andrew C. McCarthy.

There is a wide variety of federal offenses that are gathered under the label “sex offenses.” In his critique of Jackson last week, Hawley tweeted that he had “noticed an alarming pattern when it comes to Judge Jackson’s treatment of sex offenders, especially those preying on children” (emphasis added). That is a misleadingly broad claim, and Hawley is too smart not to know that.

Hawley cites Jackson’s record as a judge and “policymaker.” The latter refers to her service on the U.S. Sentencing Commission, which advises Congress on sentencing issues and promulgates the federal sentencing guidelines — advisory standards that heavily influence but do not control sentencing. (Congress ultimately controls sentencing by setting statutory maximum and minimum penalties, and judges consult the guidelines in each case but are not required to follow them.) What has the senator especially exercised is Jackson’s support for eliminating the existing mandatory-minimum sentences for first-time offenders who receive or distribute child pornography.

Judge Jackson’s views on this matter are not only mainstream; they are correct in my view. Undoubtedly, Jackson — a progressive who worked as a criminal-defense lawyer — is more sympathetic to criminals than I am. If I were a judge, I’m sure I’d impose at least marginally more severe sentences than she has. (Contrary to Hawley’s suggestion, however, she appears to have followed the guidelines, at the low end of the sentencing range, as most judges do.) But other than the fact that Congress wanted to look as though it was being tough on porn, there’s no good reason for the mandatory minimum in question — and it’s unjust in many instances.

Grassley used his opening statement on Monday to stress that “we won’t turn this into a spectacle based on alleged process fouls” and pointed out that Democrats on the panel interrupted and delayed his opening statement when he chaired the confirmation hearings for Brett Kavanaugh, President Donald Trump’s nominee, in 2018. He said Republicans will “ask tough questions” about Jackson’s record and said he wanted to hear about her views on the role of a judge.

Some Republicans have already raised concerns about Jackson’s experience as a public defender and indicated they would ask questions about whether her record makes her “soft on crime.” Grassley touched on this line of questioning and suggested these topics are fair game given Democrats’ questions of Trump nominees.

The entire thing about her being soft on crime is basically ragtime and jazz hands given that the nation’s police chiefs support her nomination.  But today’s Republicans are more about theatrics than doing their jobs.

Meanwhile, The Rolling Stone has another scoop on how involved high-level Trump officials were with getting the insurrectionists to the Capitol on January 6.  This is by Hunter Walker. “Exclusive: Witness Claims Trump’s Chief of Staff Was on Phone Call Planning Jan. 6 March on Capitol. Trump’s team agreed it would encourage supporters to march, but try to “make it look like they went down there on their own,” Scott Johnston tells Rolling Stone”  Let the Frog Marches begin!

Trump and his allies have tried to minimize his role in calling his supporters to the Capitol and argue he was simply participating in a lawful, peaceful demonstration.

Scott Johnston — who worked on the team that helped plan the Ellipse rally — says that’s just not so. He claims that leading figures in the Trump administration and campaign deliberately planned to have crowds converge on the Capitol, where the 2020 election was being certified — and “make it look like they went down there on their own.”

Johnston, who says he described the phone call to House select committee investigators, detailed his allegations in a series of conversations with Rolling Stone. Johnston says he overheard Mark Meadows, then-former President Trump’s chief of staff, and Katrina Pierson, Trump’s national campaign spokeswoman, talking with Kylie Kremer, the executive director of Women for America First, about plans for a march to the Capitol. Johnston said the conversation was clearly audible to him since it took place on speakerphone as he drove Kremer between the group’s rallies in the final three days of 2020.

Russia continues to pound Ukraine with artillery and missiles. The governor of the Sumy region said there has been an ammonia leak at a chemicals plant on Monday as a result of a Russian airstrike.  Russian demands the surrender of Mariupol.  The city council of the besieged city reports that the elderly are crying out for food and water from their bombed apartment buildings.

Ukraine rejects Russian calls to surrender the port city of Mariupol, where residents are besieged with little food, water and power in a humanitarian crisis that is increasing pressure on European leaders to toughen sanctions on Moscow https://t.co/mf28SmNFZt pic.twitter.com/XI9NqA11Wg

President Biden will travel to Poland after he meets with European leaders on the Russian Invasion of Ukraine.  (via the AP)  He will discuss humanitarian efforts and express support to the People and government of Poland.

President Joe Biden has added a stop in Poland to his trip this week to Europe for urgent talks with NATO and European allies, as Russian forces concentrate their fire upon cities and trapped civilians in a nearly month-old invasion of Ukraine.

Biden will first travel to Brussels and then to Poland to meet with leaders there, press secretary Jen Psaki said in a statement Sunday night.

Poland is a crucial ally in the Ukraine crisis. It is hosting thousands of American troops and is taking in more people fleeing the war in Ukraine — more than 2 million — than any other nation in the midst of the largest European refugee crisis in decades.

Biden will head to Warsaw for a bilateral meeting with President Andrzej Duda scheduled for Saturday. Biden will discuss how the U.S., along with its allies and partners, is responding to “the humanitarian and human rights crisis that Russia’s unjustified and unprovoked war on Ukraine has created,” Psaki said.

🔴 Vladimir Putin has been accused of “abducting and deporting” thousands of civilians from the besieged city of Mariupol.

It is believed he is transporting them deep inside Russia.

⬇️ This article is currently free to read 🔓https://t.co/A4cQfPVZrm

This is from the link to the Telegraph above.

Vladimir Putin has been accused of “abducting and deporting” thousands of civilians from the besieged city of Mariupol and transporting them deep inside Russia.

Ukrainian authorities alleged Russian forces had rounded up several thousand residents from the shattered port before sending them to remote cities hundreds of miles from the border.

On Sunday night, Moscow gave Ukraine a deadline to surrender Mariupol as gun battles raged in the city centre. In a statement, the Russian defence ministry said Ukrainian and foreign armed units must drop their weapons “without exception” and leave between 7am and 9am (UK time) on Monday.

Russian state media broadcast clips of hundreds of Ukrainians whom it said had been rescued from Mariupol and evacuated eastward to safety in Russian cities.

But Ukrainian officials said they had instead been forced to travel and had been told they had to live and work in their new homes for at least two years.

This was a rumor for a few days but has now been confirmed.

So, there are the three big stories of the day.  I’m going to continue to watch Judge Jackson’s confirmation hearing but I’m not sure how long I can take the Republican screeds.