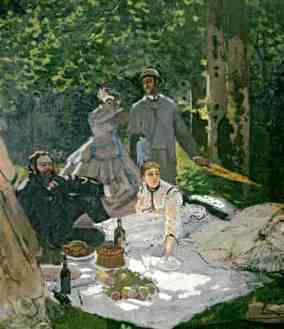 This isn’t a particularly newsy day.  I’m actually thinking that might be a good thing if only most of the headlines I see weren’t about Covid-19 and the upcoming anniversary of the sedition insurrection.  I’m going to take the time to dig into some other things. That’s an accidental hint because the first thing I’m going to share appeals to the kid in me that wanted to be an archeologist and you know, digging up bones and pottery of some lost tribes.

This is from NPR and involves the “big” finds of 2021 as determined by members of Trowelblazers which is “a group of four female archaeologists of different specialties dedicated to highlighting the historic and integral role of women in the “digging sciences”.” The first discovery is that of a family group of Neandertals–including children–whose footprints show that gathering may have been a family business. Is this a precursor to the family picnic?

While these aren’t the first Neanderthal footprints to be discovered, they are very special.

“This is especially nice, because it’s a group – mixed age, including children, some of which are quite young. They seem to be sort of foraging around on the edge of a lagoon,” Wragg Sykes said.

The diversity in age is key here and actually helps to challenge a common assumption that Neanderthals foraged in solitude, with the adults peeling off from the group to find food for the children.

The discovery instead gives support to the theory that hunting and gathering might have been a family affair, involving a collaborative and intergenerational effort.

Adorably, the paper also noted that some of the footprints which belonged to children were “grouped in a chaotic arrangement,” as if they were playing.

“That’s an angle on the Neanderthal life that we don’t often get to see,” Wragg Sykes said, adding that the discovery helps give a sense of humanity to this not-so-distant human relative. 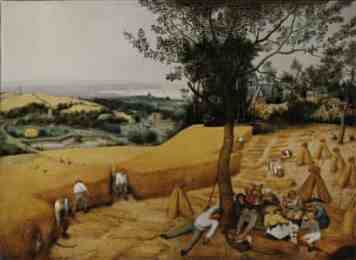 Pieter Bruegel the Elder – The Harvesters (1565)

Other finds include powerful women in ancient Spanish society, a million-year-old mammoth, and early tracks in Tanzania that were previously thought to belong to bears but instead, the prints “are an estimated 3.6 million years old, are the oldest evidence of bipedal locomotion of a human ancestor.”  It’s a really interesting set of reads.

We lost another American feminist icon this week. “Sarah Weddington, Who Successfully Argued Roe v. Wade, Dies at 76. She went before the U.S. Supreme Court at 26 with almost no legal experience and won one of the most consequential cases in American history.”  This is from her NYT Obit.

“Weddington enjoyed the public stage as much as Coffee disliked it,” Joshua Prager, a journalist, wrote in Vanity Fair in 2017. “Moreover, despite her brilliance, Coffee could come across as bedraggled. And optics mattered. ‘She was younger than I was,’ Coffee said of Weddington. ‘She was blond, blue-eyed.’”

Jay Floyd, who was representing Texas, opened his argument with what commentators have called the “worst joke in legal history.” “It’s an old joke,” Mr. Floyd told the court, “but when a man argues against two beautiful ladies like this, they are going to have the last word.”

As it happened, only seven of the nine justices heard the arguments that day — two others had retired and had not yet been replaced. The justices then decided that the case should be reargued before the full court. All justices were sitting when Ms. Weddington came back on Oct. 11, 1972, and reargued the case.

Their 7-2 decision held that Texas had violated Roe’s constitutional right to privacy as outlined in the First, Fourth, Ninth and Fourteenth Amendments.

The decision was widely praised at the time. But with the rise of the religious right a few years later, abortion became a volcanic political issue, and it remains one of the most divisive in American society. Ms. Weddington received death threats and often traveled with security. 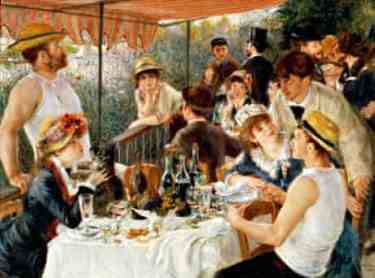 An important case in voting rights today will be heard in the Ohio Supreme Court. It concerns the highly gerrymandered new congressional districts. Governor DeWine’s son is on the bench and refused to recuse himself.  Given the Governor is one of the parties being sued by the ACLU the people there should be outraged.  The hearing is being broadcast live here.

This article discusses how Ohio Supreme Court Justice Pat DeWine’s refusal to recuse himself from the lawsuit involving his father may be unprecedented. It’s from Cleveland.com.  It is written by Cory Schaffer.

Ohio Supreme Court Justice Patrick DeWine’s refusal to recuse himself from trio of redistricting lawsuits, in which his father — Gov. Mike DeWine — is a defendant who will testify as a witness, might be unprecedented.

Cleveland.com and The Plain Dealer set out to find a case where the Ohio Supreme Court’s chief justice considered whether a judge, at any court level, should be allowed to preside over a case in which his or her parent or child was a participant. The outlet searched through dozens of cases where the chief justice was asked to force a judge off of a case. Cleveland.com also spoke with multiple attorneys, all of whom declined to comment for this story.

The Ohio Supreme Court is deliberating over two sets of lawsuits: one set challenging new state legislative maps and the other challenging the new congressional map. https://t.co/WPbwJSQiKV

Okay, one article on what we’re learning about what could’ve happened on sedition day.  This is from TPM: “EXCLUSIVE: There Was ANOTHER Rally Planned On Jan. 6 … At The Supreme Court. The same people who organized Trump’s fateful rally on the Ellipse had something else in store on Jan. 6: a rally planned in front of the Supreme Court.” Josh Kovensky has the byline.

The same people who organized Trump’s fateful rally on the Ellipse had something else in store on Jan. 6: a separate, previously unreported rally planned in front of the Supreme Court.

According to text messages and invoices obtained by TPM and provided to the House Jan. 6 Committee, the rally outside of the Supreme Court was set for the afternoon of Jan. 6 with some of the same speakers scheduled to appear.

The plan for a Supreme Court rally after the event at the Ellipse reveals a new and different perspective on the geography and timing of the attack on the Capitol.

We already knew that President Trump amassed supporters at the Ellipse, at the White House end of Pennsylvania Avenue, and dispatched them toward the Capitol end of Pennsylvania Avenue, declaring that he would walk with them before promptly returning to the White House. But whether the rally at the Ellipse was planned as a march on the Capitol, even though it was never issued a march permit, remains a hotly contested issue. Regardless, rioters penetrated the Capitol even as the President was still speaking at the Ellipse.

But now TPM’s reporting suggests that the Ellipse rally organizers intended to hold a separate 2 p.m. ET event on the steps of the Supreme Court, across the street from the Capitol, where Congress began certifying the Electoral College vote at noon ET. It suggests that organizers wanted to keep up the pressure on Congress through an event far closer to the Capitol.

And to get there, Big Lie supporters would have had to walk past the Capitol building, traversing a geographic bit of irony: Constitution Avenue. 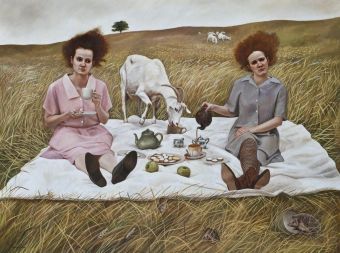 It’s a long read but try to skim through it at least.  The Augusta Chronicle reports that the county is closing 7 of 8 polling places in Lincoln County Georgia. The county is deep in rural Georgia. Officials argue that one location will make it more convenient for people to vote. The county is heavily black and has no public transportation.

Lincoln County is trying to close all but one polling place for next year’s elections, a move opposed by voting and civil rights groups.

Relocating voters from the county’s seven precincts to a single location will make voting “easier and more accessible” and eliminate the need to transport voting equipment and staff the remaining sites, according to a news release. Community members disagreed.

“Lincoln County is a very rural county. Some people live as far as 23 miles from the city of Lincolnton,” said Denise Freeman, an activist and former Lincoln County school board member. “This is not about convenience for the citizens. This is about control. This is about the good old boys wanting to do what they’ve always done, which is power and control.”

The move was made possible after the Georgia General Assembly passed legislation earlier this year disbanding the Lincoln County Board of Elections. The chief sponsor of Senate bills 282 and 283 was Sen. Lee Anderson, R-Grovetown, whose district includes Lincoln County. The newly-appointed board agreed to move forward with the “consolidation” plan and was expected to vote on it last week, but appeared to lack a quorum, several said.

I imagine they will keep trying just like the Radical Republican Right did in Texas. I intend to keep my jaded eyes on gerrymandering cases and voting rights and that is my new year’s resolution.  Oh, that and spending a lot more time in my PJs with a cuppa!

So, that’s enough for me today. Thanks to BB for helping me out yesterday!  I made it through my last dentist appointment for the year. I intend to continue to stay in my pjs doing exactly what I want this week.

What’s on your reading and blogging list today?  Meanwhile, surry down to a Stoned Soul Picnic!

18 Comments on “Tuesday Reads: Surry Down!”