Monday Must Read Journalism and Must See TV

A portrait of Harriet Tubman, who rescued enslaved people during the American Civil War.

I want to bring your attention to a TV documentary and a Rolling Stone Exclusive on evidence there was heavy planning on the part of Congressional Republicans in the insurrection on January 6th. I have to teach tonight, get my real ID this afternoon, and this morning a mitigation specialist comes to check out the water damage in my attic. This will be brief.

First, the documentary was shown last night on MSNBC and will be running on Peacock. It basically addresses the failures of Reconstruction after the Civil War and the deep roots of institutional racism in our country. There were compelling interviews with Southern Americans about their experience. There were professors discussing the various failures that led to the Lost Cause and a lot of where we are right now in terms of Black and White America. There were visits to historical–frequently covered up–events throughout our history like the Clinton, MS Race Massacre. There was also a visit to a Civil war museum that lifts up the contributions of black soldiers of the Union Army.

A Civil War documentary that includes perspectives from several Chattanooga-area residents will premiere Sunday on MSNBC.

For “The Civil War (or, Who Do We Think We Are),” Emmy-nominated director Rachel Boynton visited classrooms around the nation to see how the war is taught.

Franklin McCallie, a co-founder of Chattanooga Connected, said he’s proud of Boynton’s effort to shed light on “a major thorn in the side of our nation.” The film, he said, should get people talking “rationally and with the hope of healing.”

McCallie was among those who first saw the film in a screening at the Tivoli Theatre earlier this month.

In a review, film critic Matt Zoller Seitz said the movie will be of “particular interest to students who want a lively, thoughtful presentation of basic historical subjects but aren’t going to get it in classrooms where the curriculum is approved by people who are mainly concerned with avoiding discomfort and preserving the status quo.”

This is an interview with the filmmaker. 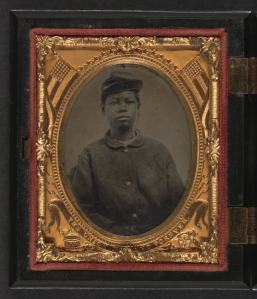 My next offering is from Rolling Stone. You will want to read this: “EXCLUSIVE: Jan. 6 Protest Organizers Say They Participated in ‘Dozens’ of Planning Meetings With Members of Congress and White House Staff. Two sources are communicating with House investigators and detailed a stunning series of allegations to Rolling Stone, including a promise of a “blanket pardon” from the Oval Office.” It was written by Hunter Walker who had access to two sources working with the ongoing investigation.

The two sources, both of whom have been granted anonymity due to the ongoing investigation, describe participating in “dozens” of planning briefings ahead of that day when Trump supporters broke into the Capitol as his election loss to President Joe Biden was being certified.

“I remember Marjorie Taylor Greene specifically,” the organizer says. “I remember talking to probably close to a dozen other members at one point or another or their staffs.”

For the sake of clarity, we will refer to one of the sources as a rally organizer and the other as a planner. Rolling Stone has confirmed that both sources were involved in organizing the main event aimed at objecting to the electoral certification, which took place at the White House Ellipse on Jan. 6. Trump spoke at that rally and encouraged his supporters to march to the Capitol. Some members of the audience at the Ellipse began walking the mile and a half to the Capitol as Trump gave his speech. The barricades were stormed minutes before the former president concluded his remarks.

These two sources also helped plan a series of demonstrations that took place in multiple states around the country in the weeks between the election and the storming of the Capitol. According to these sources, multiple people associated with the March for Trump and Stop the Steal events that took place during this period communicated with members of Congress throughout this process.

It sounds like the chickens are coming home to roost!

In another indication members of Congress may have been involved in planning the protests against the election, Ali Alexander, who helped organize the “Wild Protest,” declared in a since-deleted livestream broadcast that Gosar, Brooks, and Biggs helped him formulate the strategy for that event.

“I was the person who came up with the Jan. 6 idea with Congressman Gosar, Congressman Mo Brooks, and Congressman Andy Biggs,” Alexander said at the time. “We four schemed up on putting maximum pressure on Congress while they were voting so that — who we couldn’t lobby — we could change the hearts and the minds of Republicans who were in that body hearing our loud roar from outside.”

Alexander led Stop the Steal, which was one of the main groups promoting efforts to dispute Trump’s loss. In December, he organized a Stop the Steal event in Phoenix, where Gosar was one the main speakers. At that demonstration, Alexander referred to Gosar as “my captain” and declared “one of the other heroes has been Congressman Andy Biggs.”

The indication is the list of acts leading up to riots and sedition is long and extensive. I think we can safely assume that these planners were likely at the hotel session prior to January 6,

I have one breaking news story from Sudan to add down here. “Sudan coup: Military dissolves civilian government and arrests leaders.” The reporting is via the BBC.

A coup is under way in Sudan, where the military has dissolved civilian rule, arrested political leaders and declared a state of emergency.

Protesters have taken to the streets of the capital, Khartoum, and there are reports of gunfire.

Military and civilian leaders have been at odds since long-time ruler Omar al-Bashir was overthrown two years ago and a transitional government set up.

Witnesses say the internet is down and that army and paramilitary troops have been deployed across the city. Khartoum airport is closed, and international flights are suspended.

Some protesters chanted “no to military rule”.

Demonstrator Sawsan Bashir told AFP news agency: “We will not leave the streets until the civilian government is back and the transition is back.”

“We are ready to give our lives for the democratic transition in Sudan,” another protester, Haitham Mohamed said.

So, that’s enough for me today. The news will likely be crazy-go-nuts today as the press secretary of the tv series The West Wing used to say.

7 Comments on “Monday Must Read Journalism and Must See TV”