Friday Reads: Disassembling the People’s Life, Liberty and the pursuit of Justice 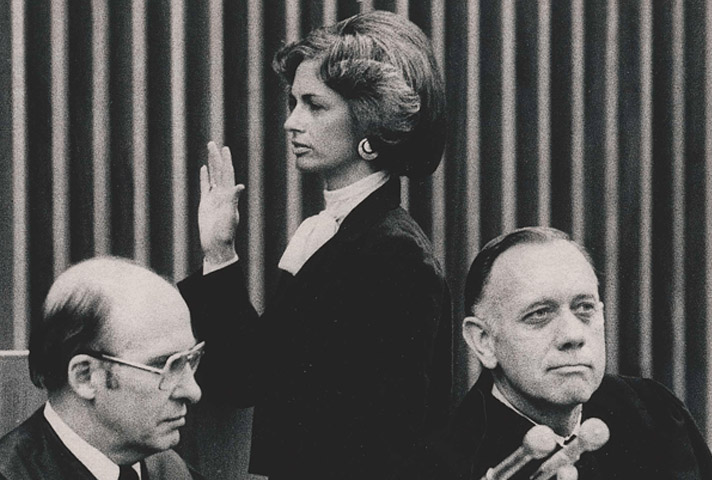 The Republicans are doing everything they can to appoint unqualified judges and agency and cabinet heads to ensure nothing  more than white, straight, “christian” hegemony with a radical right bend. Many appointments are political and strictly related to monetizing public goods for the very few.  What has gone on in the Department of Justice, the Department of State, and most of the other institutes of major importance should be criminal and quite possibly is.  Today, the headlines tell us we see the failure of our agencies and the failure of the Trumpist regime. However, isn’t this what they–under the influence of the likes of Steven Bannon– planned all along?  Wasn’t the destruction of our democratic institutions the plan and not the bug?

So much relies on the courts these days that it’s now quite apparent that Moscow Mitch’s wrangling to dominate SCOTUS may pay off big in the fall.  But today, we still see some good coming out of some Federal Judges and today’s news shows that Barr’s justice department may be headed for some trouble.  “Judge cites Barr’s ‘misleading’ statements in ordering review of Mueller report redactions” is the headline from WAPO.

A federal judge in Washington sharply criticized Attorney General William P. Barr on Thursday for a “lack of candor,” questioning the truthfulness of the nation’s top law enforcement official in his handling of last year’s report by special counsel Robert S. Mueller III.

U.S. District Judge Reggie Walton, overseeing a lawsuit brought by EPIC, a watchdog group, and BuzzFeed News, said he saw serious discrepancies between Barr’s public statements about Mueller’s findings and the public, partially redacted version of that report detailing the special counsel’s investigation of Russian interference in the 2016 election.

Because of those discrepancies, Walton ruled, the judge would conduct an independent review of Mueller’s full report to see whether the Justice Department’s redactions were appropriate

“In the Court’s view, Attorney General Barr’s representation that the Mueller Report would be ‘subject only to those redactions required by law or by compelling law enforcement, national security, or personal privacy interests’ cannot be credited without the Court’s independent verification in light of Attorney General Barr’s conduct and misleading public statements about the findings in the Mueller Report,” Walton wrote.

It is highly unusual for a federal judge to publicly question the honesty of the attorney general, but Walton’s opinion comes amid growing rancor between the judicial branch of the government and the executive and legislative branches. Earlier on Thursday, Senate Minority Leader Charles E. Schumer (D-N.Y.) said he regretted comments he had made about two conservative Supreme Court justices — comments that drew a rare rebuke from Chief Justice John G. Roberts Jr. after many Republicans called them threatening. President Trump, meanwhile, has repeatedly attacked federal judges, drawing condemnation from Democrats.

This is a Republican-appointed federal judge scathingly reviewing Barr’s conduct w/the Mueller Report & so right. I was allowed to read the “classified” redacted portions of 1/2 of the Mueller report (only half) and yes, the public must see it. All of it. https://t.co/xokiS70Opz 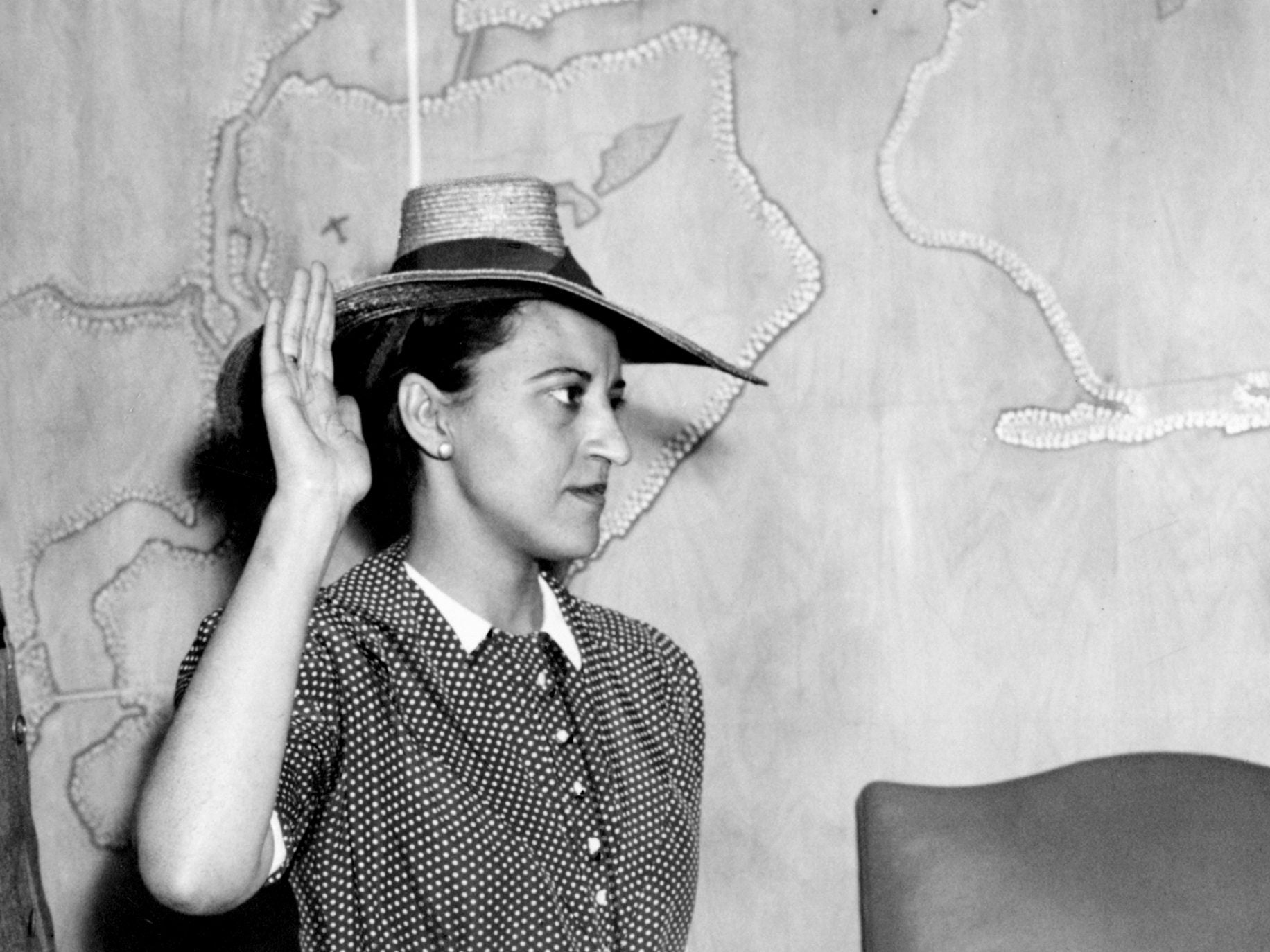 From the NYTimes’ Charlie Savage:

A federal judge on Thursday sharply criticized Attorney General William P. Barr’s handling of the report by the special counsel, Robert S. Mueller III, saying that Mr. Barr put forward a “distorted” and “misleading” account of its findings and lacked credibility on the topic.

Mr. Barr could not be trusted, Judge Reggie B. Walton said, citing “inconsistencies” between the attorney general’s statements about the report when it was secret and its actual contents that turned out to be more damaging to President Trump. Mr. Barr’s “lack of candor” called into question his “credibility and, in turn, the department’s” assurances to the court, Judge Walton said.

The judge ordered the Justice Department to privately show him the portions of the report that were censored in the publicly released version so he could independently verify the justifications for those redactions. The ruling came in a Freedom of Information Act lawsuit seeking a full-text version of the report. 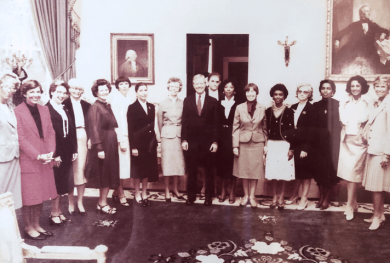 In 1979, 23 women were appointed to the federal bench—more than doubling the number of women appointed to life-tenured judgeships in the previous 190 year history of the United States. The doors they opened never swung shut again. Forty years later, women make up one-third of the courts’ full-time, active Article III judges

Here’s some further analysis from Marcie Wheeler of Empty Wheel.

Where this ruling may matter, though, is in four areas:

This is STUNNING! Judge Walton is essentially saying he does not trust DOJ and AG Barr.

And we continue to learn that that the Trumpist response to the Coronoa Virus was doomed from the start.  This is from Time magazine.

“When it finally became indisputable that an outbreak was underway in Washington state, the administration were slow to catch up. .. Experts say the U.S. response is now likely weeks — if not months — behind schedule.”#covid19
(via @TIME @blakehounshell)https://t.co/TJlnS6OmN9

“We have contained this. I won’t say airtight but pretty close to airtight,” White House economic adviser Larry Kudlow said in a television interview on Feb. 25, echoing Trump’s tweeted declaration that the virus was “very much under control” in the United States.

But it wasn’t, and the administration’s rosy messaging was fundamentally at odds with a growing cacophony of alarm bells inside and outside the U.S. government. Since January, epidemiologists, former U.S. public health officials and experts have been warning, publicly and privately, that the administration’s insistence that containment was—and should remain—the primary way to confront an emerging infectious disease was a grave mistake.

In congressional testimony, in medical webcasts and in private discussions with health officials, they warned that the unique features of this flu-like virus made it impossible to control, and that the administration must use any time that containment measures might buy to prepare the country for an inevitable outbreak. The administration was using all its resources to blockade the doors, they warned, but the enemy was likely already in the house.

“The current U.S. policy to deny visas to travelers from China and to quarantine returning Americans is not the right approach,” Jennifer Nuzzo, an epidemiologist and expert in disease outbreak detection and response at the Johns Hopkins Center for Health Security, testified to Congress on February 5. “I am deeply concerned that these measures will make us less safe by diverting public health resources from higher priority disease mitigation approaches.”

When it finally became indisputable that an outbreak was underway in Washington state, the administration was slow to catch up. There were not enough COVID-19 testing kits, hotlines were overwhelmed, and hospitals and public health departments were hobbled by a lack of reliable statistics on the spread of the disease. Experts say the U.S. response is now likely weeks—if not months—behind schedule.

Judge Anne Elise Thompson never had specific career goals, and never imagined she would be part of a historic class of women judges appointed to the federal bench in 1979.

Taking the Political view point is this from WAPO: “The Trump administration’s greatest obstacle to sending a clear message on coronavirus may be Trump himself”.By  Toluse Olorunnipa

As leading public health experts from across the government have tried to provide clear and consistent information about the deadly coronavirus, they have found their messages undercut, drowned out and muddled by President Trump’s push to downplay the outbreak with a mix of optimism, bombast and pseudoscience.

Speaking almost daily to the public about an outbreak that has spread across states and rocked the markets, Trump has promoted his opinions and at times contradicted the public health experts tasked with keeping Americans safe.

The president has repeatedly misstated the number of Americans who have tested positive for the virus and claimed it would “miraculously” disappear in the spring. He has given a false timeline for the development of a vaccine, publicly questioned whether vaccinations for the flu could be used to treat the novel coronavirus and dismissed the World Health Organization’s coronavirus death rate estimate, substituting a much lower figure and citing a “hunch.”

On Wednesday night, Trump made an uncritical reference to people who continue to go to work while infected with the coronavirus — placing himself at odds with doctors who have strongly urged those with even minor symptoms to stay home.

“If, you know, we have thousands or hundreds of thousands of people that get better just by sitting around, and even going to work — some of them go to work, but they get better,” Trump said in an interview with Fox News host Sean Hannity in which he disputed the WHO fatality rate.

On Thursday morning, Trump said his comments were misconstrued and blamed the Democrats and the media. “I NEVER said people that are feeling sick should go to work,” he tweeted.

Why can’t he just shut up?

So that’s the two stories I’m following today.  I have to go have lunch with a colleague but I’ll be back to check the thread!

My photo choices today mostly come from the article “1979: The Year Women Changed the Judiciary” and is honor of our topic today and Women’s History month.

In 1979, the number of women serving as federal judges more than doubled. In this series, learn more about the trailblazers who reshaped the Judiciary.

33 Comments on “Friday Reads: Disassembling the People’s Life, Liberty and the pursuit of Justice”