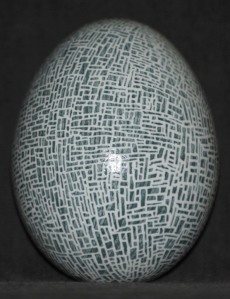 Peculiar news from faraway environs cheers my soul. In part, I like “every-now-and-again” updates from places I’ve been; in part because it keeps my vision of globalization alive.

My idea of globalization is one where individuals rather than corporations interact, where individuals move freely about the globe doing whatever it is that people do for enhancing quality and meaning in their lives.

I think this is imperative for the development of the mind. Nothing broadens the mind more than removing oneself from one’s own culture. In my view, doing so is one critical step in the development of empathy – the ability to view others (and what others value) from their own perspectives. In other words, to understand people as they understand themselves.

I can’t remember a time when I didn’t value this idea, long before the term globalization pertaining to “free market” economics began seeping into our national vocabulary. I have a love-hate relationship with this term because for starters, I do not adhere to the economic rationale behind it. I find globalization as it has evolved more harmful than not to every corner of the world. Moreover, globalization divides people more than it unites which is antithetical to my own personal definition of globalization.

When I encounter discussions of globalization, a tiny bit of hope lodged somewhere in my being surfaces, spurred by my private vision of globalization where people engage with each other thereby dismantling walls of fear erected against those who are “different” or “foreign.” Something inside tells me globalization still means what I think it should mean, it simply hasn’t happened yet. Though in some sense, when I read about globalization I feel as if my vision of ubiquitous multicultural interaction has been pilfered. I feel robbed and hopeful both at the same time. A few “every-now-and-again” updates….

Little wrenches my gut more than loss or damage to world cultural heritage. You’ll soon learn, good readers, this is a theme to which I will often return. In Florence, we have the humiliation, yet again, of an American boor unaware of how to properly conduct himself in the world. There’s a reason Americans are regarded with low esteem world wide – as arrogant “bulls in a china shop” with respect to etiquette, certainly, but here we have incomprehensible cloddery clearly manifesting itself. I cannot fathom why, if this person had legitimate purpose for measuring the statue, he did not contact the curatorial staff and simply inquire, “Hey. What’s the length of the Virgin’s pinky finger?” These are the moments I shake my bony little fists in the air and grumble, “What the hell is wrong with you people?”

On a more inspiring note: a small fire, and fifty small bats who will live happily ever after:

This story warms my heart. I’ve had the pleasure of strolling through St. Fagan’s; it’s charming. While the rescue of bats at St. Fagan’s may be entirely inconsequential to my life, I firmly believe human beings should frequently indulge in the inconsequential. It’s good for the spirit.

A little bit on the little bat:

More on Wales: Hay-on-Wye, the Town of Books. It’s a little village on the border between England and Wales, crammed with art galleries and antiquarian bookshops. It boasts some good pubs, yet I think a pint in Hay is a little pricey. It hosts a massive literary festival, not a good time to go to Hay, they say, unless you plan to be there expressly for the book festival. It’s near impossible to find any vacancies at a bed and breakfast as these are usually booked a couple of years in advance. I didn’t visit during the festival, and I’d probably prefer Hay when it’s quiet, actually. Still, it’s a cool thing, an overview from the British Council:

What I didn’t know about Hay… and what I find absolutely exciting… and how I envision globalization…. is Hay’s sponsorship of the Storymoja Hay Festival in Nairobi, now in its fifth year. Apparently, I’ve been out of it. Last year, the Strorymoja Festival held its inaugural Wangari Maathai Lecture. This year’s festival happens in September:

Background on Wangari Maathai and the Green Belt Movement:

News from my little spot on the globe: An unheard-of, never-before pattern has begun to emerge. I’ve lost two games of scrabble in the last two weeks against my weekly opponent and spousal unit, affectionately known as Minos by she-who-loves-him-most. In my own defense, I do recall one of my linked words was not properly scored, in which case the final score of 327-325 would have actually resulted in a tie, 327-327. For the record, he always keeps score.

And that’s all she wrote… 🙂

What’s happening in your part of the world?