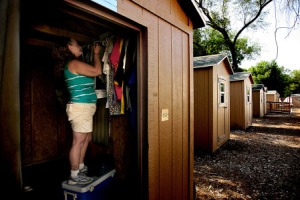 A very disturbing article from The Economist caught my eyes over the weekend.  It seems like about as good of a time as any to share this with you.  It’s one of those articles you probably won’t see in the US media because it basically decries the notion that we’re the exceptional nation of opportunity and chance and that all that politically motivated and packaged hope and change has really brought neither to most of us.

It’s about Sarasota, Florida which has the been named meanest city in America by the National Coalition for the Homeless.  There are some amazing trends that we don’t hear too much about here.  For example, do you know that “Arizona now has the second highest poverty rate in the nation, after Mississippi”?  How about this?  Poverty is growing fastest in suburbs and especially sunbelt suburbs.   A third of America’s poor now live in suburban areas according to the article that cites Elizabeth Kneebone of the Brookings Institution.

Here are the poverty statistics for Sarasota which joins Bakersfield, California; Boise, Idaho; Greenville, South Carolina; Lakeland, Florida and Tucson, Arizona as having the fastest climbing poverty in the country.

THE statistics are worthy of Detroit or Newark: almost half the children in the local schools are from families poor enough to be eligible for free or cut-price lunches; a tenth of households qualify for food stamps; one in eight residents gets free meals from soup kitchens or food banks; perhaps one in 12 has suffered a recent spell of homelessness. Yet the spot in question is not a benighted rust-belt city, but Sarasota, Florida—a balmy, palm-studded resort town on the shores of the Gulf of Mexico.

The Sarasota-Bradenton metropolitan area, a two-county sprawl of condominiums, marinas and retirement homes, saw the proportion of people living below the poverty line rise by more between 2007 and 2009 than any other big city in America, from 9.2% to 13.7%, according to the Census Bureau.

The story is filled with tales of citizens surviving in a tent and shed city run by the Catholic Church called Pinellas Hope. The picture you see above shows one of the sheds and a resident.  A small tent city that was supposed to be a six month temporary situation is booming.

Between 200 and 300 people live there at a time, large by shelter standards, but they are just a slice of Pinellas County’s overall homeless population, estimated at nearly 7,000.

Thousands of potential candidates are disqualified by a no-booze, no- drugs policy. Families with children aren’t allowed. Background checks seek to weed out sex offenders and those with violent pasts.

Even among those who do get in, dysfunction can run high.

Through April, deputies have been called to Tent City 102 times, though serious crimes like assault, drug dealing and grand theft have diminished noticeably over the past year.

Four out of 10 residents get kicked out, land in jail, or simply leave.

Who are American’s poor?  What will happen as the US austerity program pushes more and more people over the edge?  The official poverty rate in the US for 2009 was 14.5% .   You can compare our country with other countries at the CIA World Factbook. The countries with the worst poverty statistics are on the Continent of  Africa. For example, Cameroon has a 48% poverty level.  Canada’s poverty rate is just under 11% as is the poverty rate in Germany.

More information on poverty can be found at the National Poverty Center at the University of Michigan. The 2009 poverty threshold for a family of four was $ 21,756. For a single person under 65 it was $ 11,161.

The poverty rate for all persons masks considerable variation between racial/ethnic subgroups. Poverty rates for blacks and Hispanics greatly exceed the national average. In 2009, 25.8 percent of blacks and 25.3 percent of Hispanics were poor, compared to 9.4 percent of non-Hispanic whites and 12.5 percent of Asians.

I think that it’s important we put these numbers out there. The President and Congress are clearly putting ‘entitlements’ on the table.  Any changes will effect these numbers.  There is also a link between unemployment and Poverty.  There is no indication that there are any programs or there is a will in this country to deal with the high unemployment rate that we are now experiencing.  Forecasted GDP growth is not high enough to bring it down any time soon. This article is actually a year old.  See much difference now?

The response of state and local governments to this social catastrophe is drastic reductions in social services and job cuts, under conditions where the Obama administration refuses to provide emergency aid to help cover budget deficits.

The total deficit of the states from 2009 to 2012 is now estimated at $460 billion, a figure that is likely to grow as more state capitals adjust estimates for rapidly declining tax revenue.

”Anything and everything’s on the table,” said Todd Haggerty, a policy associate with the National Conference of State Legislators. States have “cut the fat, cut the muscle and are now cutting bone. The easy decisions have already been made.”

The fiscal situation confronting the states is expected to deteriorate sharply next year when funds from the federal economic stimulus package, the American Recovery and Reinvestment Act, are exhausted.

Like the states, the federal government faces a fiscal catastrophe, with cumulative US budget deficits expected to top $10 trillion by the end of the new decade, according to the Obama administration’s rather optimistic forecast. Cuts in spending must be put in place, in part, to convince creditors, especially China, that the US “can get its finances back in order,” the Wall Street Journal wrote Monday in a feature on the annual gathering of the American Economic Association.

The response of the Obama administration is to call for an unprecedented program of fiscal austerity and sharp cuts in social spending, to be announced in his State of the Union address early next month and outlined in the new federal budget proposal shortly thereafter. Obama’s repeated insistence on the need for Americans to reduce their consumption—even as trillions more are allocated for the banks and for ever-expanding wars in Central Asia and the Middle East—is code language for a deepening of the assault on the working class.

The discussion of possible deficit reduction measures includes regressive taxes such as a national sales tax and sweeping cuts in entitlement programs on which millions of people rely, such as Medicare and Social Security.

If this continues, we will see civil unrest.  I am reminded of the tweet from Robert Reich posted by Zaladonis yesterday and another one that I had read earlier.

RBReich Robert Reich 3.5% ec growth pitiful. We’re in so deep a hole that we need twice that to get jobs back. Don’t believe the Wall St cheerleaders.
30 Jan

If you think revolts in Tunis, Egypt, and Yemen are big, wait for coming food and energy shortages around world. US shld take lead now.