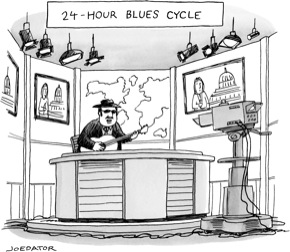 I’m back with more reads!!

With no signs of trauma and nothing to raise suspicions, the sudden death of a Chicago man just as he was about to collect nearly $425,000 in lottery winnings was initially ruled a result of natural causes.

Nearly six months later, authorities have a mystery on their hands after medical examiners, responding to a relative’s pleas, did an expanded screening and determined that Urooj Khan, 46, died shortly after ingesting a lethal dose of cyanide. The finding has triggered a homicide investigation, the Chicago Police Department said Monday….

In June, Khan, who owned a number of dry cleaners, stopped in at a 7-Eleven near his home in the West Rogers Park neighborhood on the city’s North Side and bought a ticket for an instant lottery game.

Ashur Oshana, the convenience store clerk, told The Associated Press on Monday that Khan said he had sworn off gambling after returning from the hajj, a Muslim pilgrimage, in Saudi Arabia. Khan said he wanted to lead a better life, Oshana said, but Khan bought the tickets that day and scratched off the winner in the store.

“Right away he grabbed my hand,” Oshana said. “He kissed my hand and kissed my head and gave me $100. He was really happy.”

Not long afterwards, Kahn was dead. Now police will likely exhume his body and try to find out who killed him.

I’m sure you heard that Hillary Clinton went back to work yesterday, and her coworkers gave her a gag gift–a football helmet.

Cheers, a standing ovation and a gag gift of protective headgear greeted Secretary of State Hillary Rodham Clinton as she returned to work on Monday after a month-long absence caused first by a stomach virus, then a fall and a concussion and finally a brief hospitalization for a blood clot.

A crowd of about 75 State Department officials greeted Clinton with a standing ovation as she walked in to the first senior staff meeting she has convened since early December, according to those present. Deputy Secretary of State Thomas Nides, noting that life in Washington is often a “contact sport, sometimes even in your own home” then presented Clinton with a gift — a regulation white Riddell football helmet emblazoned with the State Department seal, officials said.

She was also given a blue football jersey with “Clinton” and the number 112 — the record-breaking number of countries she has visited since becoming secretary of state — printed on the back. Aides said Clinton was delighted with the gifts but did not try either of them on and the meeting turned to matters of national security and diplomacy.

“She loved it. She thought it was cool. But then being Hillary Clinton, she wanted to get right to business,” State Department spokeswoman Victoria Nuland told reporters.

Did you hear about GOP Connecticut State Rep. DebraLee Hovey, who attacked Gabby Giffords for visiting Newtown? From the Hartford Courant:

In content and syntax, state Rep. DebraLee Hovey embarrassed herself, the General Assembly and the state.

Ms. Hovey, a Republican who represents Newtown and Monroe, blasted the visit to Newtown on Friday by former U.S. Rep. Gabby Giffords, a Democrat, who met privately with local officials and families of victims of the Dec. 14 massacre at Sandy Hook Elementary School.

“Gabby Gifford stay out of my towns!!” Ms. Hovey posted on Facebook over the weekend (misspelling the former Arizona congresswoman’s last name). In the comments thread, Rep. Hovey seemed to complain that she wasn’t invited (she was at a meeting in Florida at the time) and claimed the visit was political: “There was pure political motives [sic].”

How do these loony-tunes get elected? Hovey later offered a pathetic non-apologetic “apology.”

The remarks I made regarding Congresswoman Gifford’s visit were insensitive and if I offended anyone I truly apologize … My comments were meant to be protective of the privacy of the families and our community as we work to move on, and were in no way intended as an insult to Congresswoman Giffords personally. Our community has struggled greatly through this tragedy, and we are all very sensitive to the potential for this event to be exploited for political purposes. This is what I wish to avoid.

What a moronic asshole.
END_OF_DOCUMENT_TOKEN_TO_BE_REPLACED