Looking for the Copper Lining

I’ve been earning my creds as a dismal scientist lately.  However, it’s spring, it’s sunny here in the Big Easy where Jazz 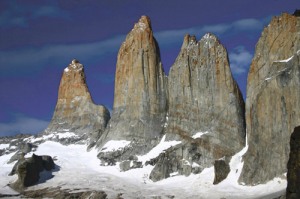 Fest season is rocking on and I’d just like to share an example of an administration somewhere in the world that’s done the right thing.   I’d like to introduce you to a dismal scientist that’s doing the right thing for his country.  I found the news at Dani Rodrik’s weblog Unconventional thoughts on economic development and globalization and it’s about Chile and the Minister of Finance, Andres Velasco.

When macroeconomists talk about Keynesian policy, politicians only like the one side.  That would be the side where they get to cut taxes and increase spending.  This usually leads to re-election.  However, that’s the one side of fiscal policy.  You get to deficit spend, throw every one tax cuts, and run up your budget when the economy is in a recession.  The other side is that the government should restrain itself and run a surplus during the good times.  We had that after Bill Clinton left office.  Dubya blew it with his rebates for every one.  Then he started a war and kept spending and giving tax cuts when the economy was recovering.  This is a classic no-no because it leaves you very little wiggle room when you need to take care of a recession.  This is especially true when it’s as bad as it is now.  The U.S. generally has a larger national credit card than most countries so we might not hit our limit any time soon although China and taxpayers have been grumbling recently as well as Republicans for whom bellicose grumbling is a fine art.  However, small countries, especially those in Latin America, don’t have the national credibility of European countries or North America.  They can only borrow so much. 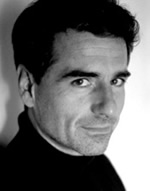 actually did the politically unpopular thing of not increasing Chile’s spending or decreasing its taxes during the good times and because of this huge surplus Chile now enjoys, Chile’s in excellent shape to weather the current global economic crisis.

So, here’s Dani’s bragging on his friend and colleague who deserves the accolades and popularity he now enjoys.

Until the current crisis hit, Chile’s economy was booming, fueled in part by high world prices for copper, its leading export.  The government’s coffers were flush with cash.  (Chile’s main copper company is state-owned, which may be a surprise to those who think Chile runs on a free-market model!)  Students demanded more money for education, civil servants higher salaries, and politicians clamored for more spending on all kinds of social programs.

Being fully aware of Latin America’s commodity boom-and-bust-cycles and recognizing that high copper prices were temporary, Velasco stood his ground and decided to do what any good macroeconomist would do:  smooth intertemporal consumption by saving most of the copper surplus.  He ran up the largest fiscal surpluses Chile has seen in modern times.

But by the time the financial crisis hit Chile, Velasco (and the Central Bank governor Jose de Gregorio, another fine macroeconomist) had accumulated a war chest equal to a stupendous 30% of GDP.

The price of copper plummeted 52 percent from Sept. 30 to year-end, and Velasco dusted off his checkbook. In the first week of January, he and Bachelet unveiled a $4 billion package of tax cuts and subsidies…  Velasco’s stimulus spending, includ[ed] 40,000-peso ($68.41) handouts to 1.7 million poor families…

The surpluses accumulated during the good years has given the Chilean government unusual latitude in responding to the crisis.  As a result, the economy is doing much better than its peers.  As Bloomberg reports, “the country’s economy is expected to grow 0.1 percent in 2009, as the region contracts 1.5 percent, according to the International Monetary Fund.”

And does good economics pay off politically?  Eventually, yes.  Five months after being burned in effigy, Velasco is currently President Bachelet’s most popular minister.