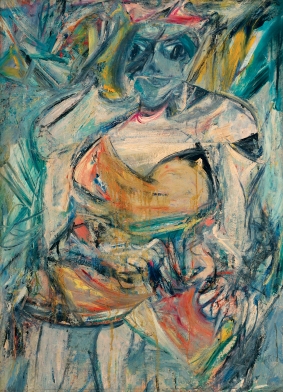 Everywhere I look, massive numbers of Trumpy wipipo are basically staging an overthrow of everything that makes rules they don’t want to follow, even if it protects their children and others from death and suffering from COVID-19 or virulent gun violence.  This is accompanied by blatant unconstitutional attacks on women’s moral agency and the voting rights of everyone who is not them in skin color, ethnicity, sexual orientation, and religious persuasion.

Mike Allen puts it bluntly. He calls it “America’s civil war of 2021” in response to President Biden’s expanded efforts to get folks to stop killing themselves and others by refusing a simple vaccine.

Top Republicans are calling for a public uprising to protest President Biden’s broad vaccine mandates, eight months after more than 500 people stormed the U.S. Capitol to try to overturn the election.

Why it matters: It has been decades since America has witnessed such blatant and sustained calls for mass civil disobedience against the U.S. government.

J.D. Vance — author of “Hillbilly Elegy” and a candidate for the GOP U.S. Senate nomination in Ohio — urged “mass civil disobedience” to Biden’s plan to use federal authority to mandate vaccination for roughly two-third of America workers.

Biden said in his remarks: “Today, in total, the vaccine requirements in my plan will affect about 100 million Americans — two thirds of all workers.”

A top House Republican aide tells me: “Every Republican in the country — especially those running to the right in primaries — is salivating over Joe Biden [igniting] the vax debate.”

An official close to Biden tells me the West Wing “knew there would be strong backlash. But unless someone took this on, we’d be in a pandemic forever.”

Invoking a civil-rights parallel, the official added: “Basically Biden is staring down Southern governors (and some Northern allies). … Is America divided? Yes. But Biden is uniting the 75% vs. the 25% that is in opposition.”

🐦 Twitter’s top U.S. trends last night had “#IwillNOTComply” at No. 6 — with the NFL’s season kickoff in the top four slots, followed by “Big Brother” on CBS at No. 5.

What’s next: Fencing will be reinstalled around the Capitol before a Sept. 18 rally, “Justice for J6,” supporting those charged in the Jan. 6 riot. Far-right extremist groups plan to attend. 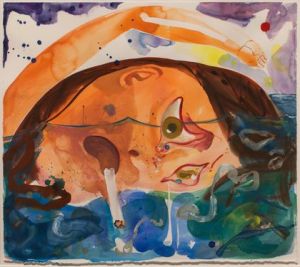 You may read The Biden Covid-19 Plan at the White House site.

There are several places to read some analysis and summaries.  Will this end the forever plague? Will more Republicans seek an end to our democracy and go back to the entire state’s right’s approach that sanctioned slavery and other heinous episodes in US history?

President Biden announced sweeping new coronavirus vaccine mandates Thursday designed to affect tens of millions of Americans, ordering all businesses with more than 100 employees to require their workers to be immunized or face weekly testing.

Biden also said that he would require most health-care facilities that accept Medicare or Medicaid funding to vaccinate their employees, which the White House believes will cover 50,000 locations.

And the president signed an executive order compelling all federal employees to get vaccinated — without an option for those who prefer to be regularly tested instead — in an effort to create a model he hopes state governments will embrace. He is also ordering all staffers in Head Start programs, along with Defense Department and federally operated schools for Native Americans, to be vaccinated.

“We’re in a tough stretch, and it could last for a while,” Biden said in an address from the White House. He added, “What makes it incredibly more frustrating is we have the tools to combat covid-19, and a distinct minority of Americans, supported by a distinct minority of elected officials, are keeping us from turning the corner.”

Taken together, the moves represent a major escalation by Biden of the pressure against those who have resisted vaccination. The announcement comes amid growing signs that the highly contagious delta variant, and the persistence of vaccine resistance, are combining to drag out the pandemic, slow the economic recovery and prevent Biden from turning his focus to other matters.

Biden adopted a newly antagonistic tone toward the unvaccinated Thursday, underlining his shift from cajoling to coercion as he placed blame on those still refusing to get shots for harming other Americans. “We’ve been patient, but our patience is wearing thin,” Biden said. “And your refusal has cost all of us.” 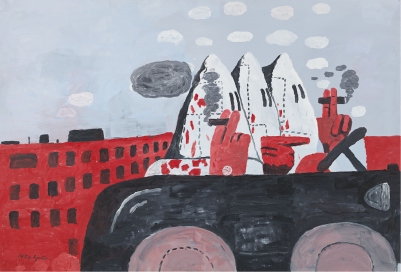 Kevin D Williamson writes this for the New York Times: “The Trump Coup Is Still Raging.”

The more important part of the coup attempt — like legal wrangling in states and the attempts to sabotage the House commission’s investigation of Jan. 6 — is still going strong. These are not separate and discrete episodes but parts of a unitary phenomenon that, in just about any other country, would be characterized as a failed coup d’état.

As the Republican Party tries to make up its mind between wishing away the events of Jan. 6 or celebrating them, one thing should be clear to conservatives estranged from the party: We can’t go home again.

The attempted coup’s foot soldiers have dug themselves in at state legislatures. For example, last week in Florida State Representative Anthony Sabatini introduced a draft of legislation that would require an audit of the 2020 general election in the state’s largest (typically Democratic-heavy) counties, suggesting without basis that it may show that these areas cheated to inflate Joe Biden’s vote count.

Florida’s secretary of state, a Republican, knows that an audit is nonsense and has said so. But the point of an audit would not be to change the outcome (Mr. Trump won the state). The point is not even really to conduct an audit.

The obviously political object is to legitimize the 2020 coup attempt in order to soften the ground for the next one — and there will be a next one.

It looks like South Carolina has fired the first shot again in the form of this twitter nonsense from its Governor.

Rest assured, we will fight them to the gates of hell to protect the liberty and livelihood of every South Carolinian. 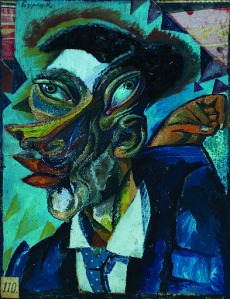 ABC News reports that “Fence going up around US Capitol, as law enforcement braces for Sept. 18 protest. The fence, erected after the Jan. 6 riot, was removed in July.”

Fencing outside U.S. Capitol is expected to return ahead of the “Justice for J6” rally, a source familiar with the plans confirmed to ABC News.

The fencing, erected after the Jan. 6 riot, was removed in July.

“Justice for J6” is being billed by organizers as a protest for defendants who are being detained by the government in connection to the January insurrection at the Capitol.

The fencing is just the latest security measure for a rally that has some in law enforcement on high alert.

Meanwhile, schools and school boards are the targets of many angry parents.  This is one of the worst situations I’ve witnessed.  This is from Insider Paper: “Video shows Michigan parents encouraging kids to violate school mask mandate after the county updated its COVID-19 policy.”

Video of the incident, which occurred at Manchester Junior & Senior High School in Washtenaw County, Michigan, on Tuesday, shows a sheriff’s deputy telling parents that he is unable to enforce the order in place requiring people entering the school to wear masks.

“I’m not going to force anybody. I’m not putting masks on anybody. That’s not my job,” the deputy can be heard saying. “This is a county health department order and a policy of this school.”

I have one other thing to share today, and it’s highly personal.  I have lost three friends this week. Will Samuels was a loving father who was unable to get his cancer treatment recently because of the state of the hospitals that created a worse situation the last two weeks.   We are overcrowded with out-of-parish  Covidiots.  Mardi Gras will not be the same without him.  Two of my friends died at home in the heat here in my neighborhood. Todd Mollock was the “Norm” of the local watering hole.  He’d enter and every one would shout “Todd!”.  He played a mean guitar and it was nearly always metal.

This is about my friend and neighbor Laura Bergerol.

The Orleans Parish coroner's office confirms @LauraBergerol is one of 10 people who may have died in the city because of extreme heat amid the extended power outage caused by Hurricane Ida. I'll have more later @NOLAnews. https://t.co/DWNfjIePNX

Laura Bergerol wanted to evacuate the city ahead before Hurricane Ida. And after. But she never managed to get out.

Without power, the 65-year-old photographer struggled in her Bywater house for days in brutal summertime conditions. Her migraines were persistent, she told neighbors who were checking on her.

Then, on Sunday, she stopped returning texts and didn’t answer a knock on the door. A neighbor found her lying on the floor of her apartment dead.

As of Wednesday, at least 26 people had died in Louisiana as a result of Ida. Thirteen of those casualties occurred in New Orleans, including 10 who were killed by excessive heat during the extended power outages caused by the storm, state officials said.

Laura spoke French fluently. She had just lost her dog companion–Bianca–not long ago and was bereft without her. She lived in the Bywater Artist Lofts around the corner and down the street some. She moved here after Katrina and became a wonderful part of our creative culture. Her photography was key to understanding how she saw things as an activist. To know her was to love her. She and Bianca are together again.  I will miss you! Repose en paix.

So, there’s lots of other news out there today. I hope you’ll add some to the thread below.

I’m okay now.  I double-bleached the refrigerator, and now I just need to fill it!  My magnolia tree limb has been removed, and we’ll have to see if the tree makes it without a huge section of its branches. It was really cool last night.  I woke up to grab a long-sleeved shirt and PJ pants.  It got down to 72, and it’s still 75F right now.  It’s the first whiff of fall in the day that’s considered the peak of the hurricane season.  The backyard is still a small disaster, but I have a few other things like the mold on the ceiling in the bathroom to deal with today.  I’m beginning to feel overwhelmed by the scent of bleach around here.