This next video is disgusting…you’ve been warned.

I’ve got nothing to say, because we all know this is fucking never going to change. Fuck these Republicans and their thoughts and prayers:

That cartoon above is by Pat Bagley, and it is another perfect example of the art of political cartoons.

Now as you know…political cartoons are my favorite. Here we go…via Cagle website:

There was such a problem with the last post I did on Sunday, that I wanted to share a few signs from the #BansOffOurBodies rallies that were held on Saturday…along with some updates and comments found on Twitter about the mass hate murder in Buffalo.

Before I share a few more cartoons and tweets, you need to see this from 60 Minutes…if you haven’t already seen it:

It is absolutely overwhelming to watch what this family discovers when one man buys an old house in the town where he grew up…I truly believe that God is a Black Woman, and I have to say…she is looking down on this family and guiding them on their journey here.

Here is an article about the family from January:

I will end this post with a few cartoons from Luckovich:

And…this is an open thread.

Sunday Reads: Get the government outta my snatch!

That one above is what I call a perfect political cartoon.

And here’s to the #BansOffOurBodies rallies from yesterday:

And with that…this is an open thread 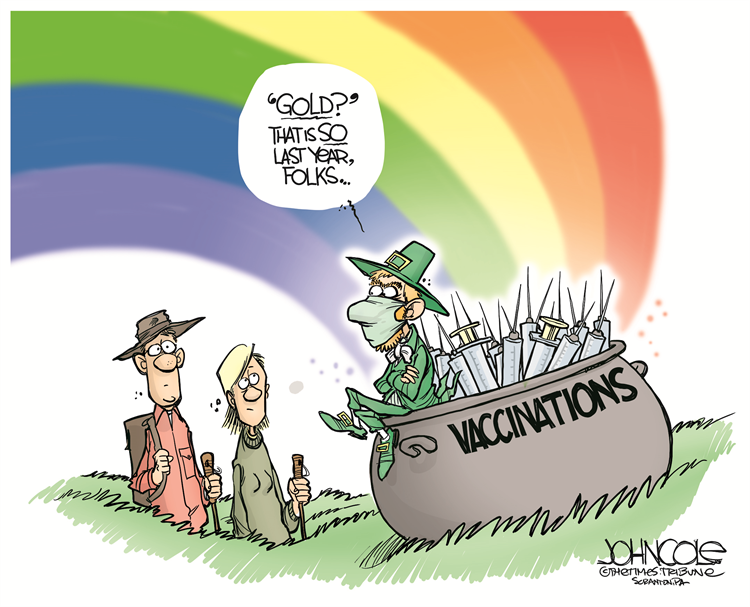 Hope you all have a lovely (and safe) holiday! 🍀🍻 pic.twitter.com/gIkP8FRHQs 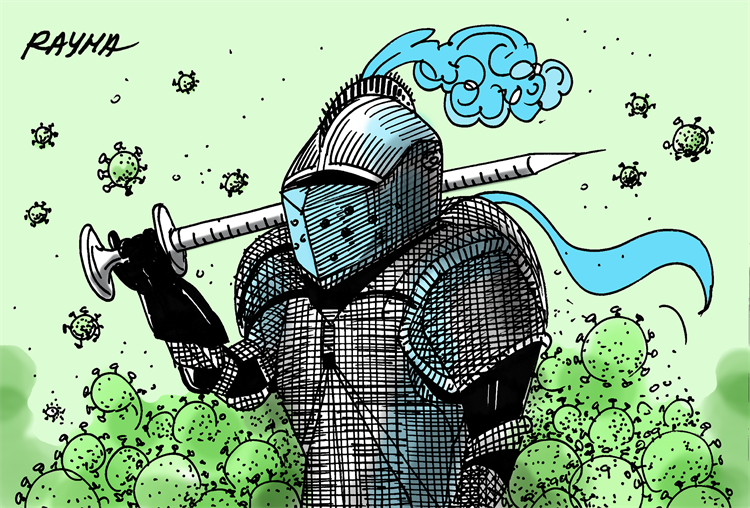 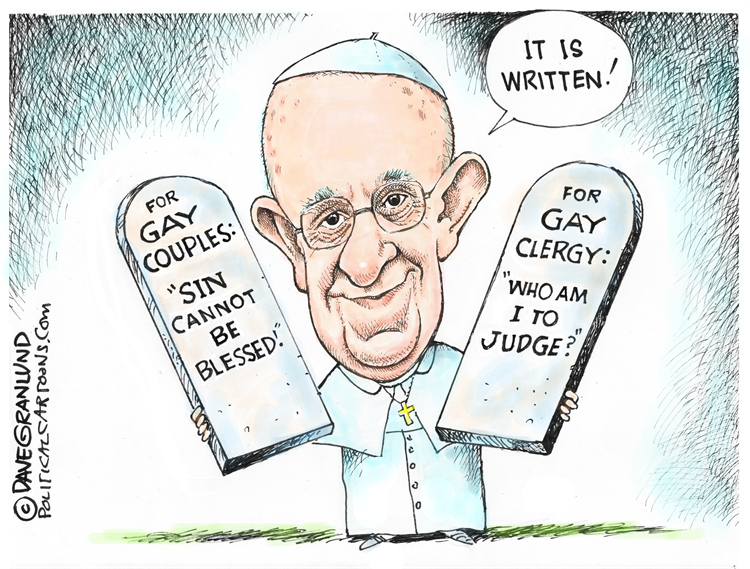 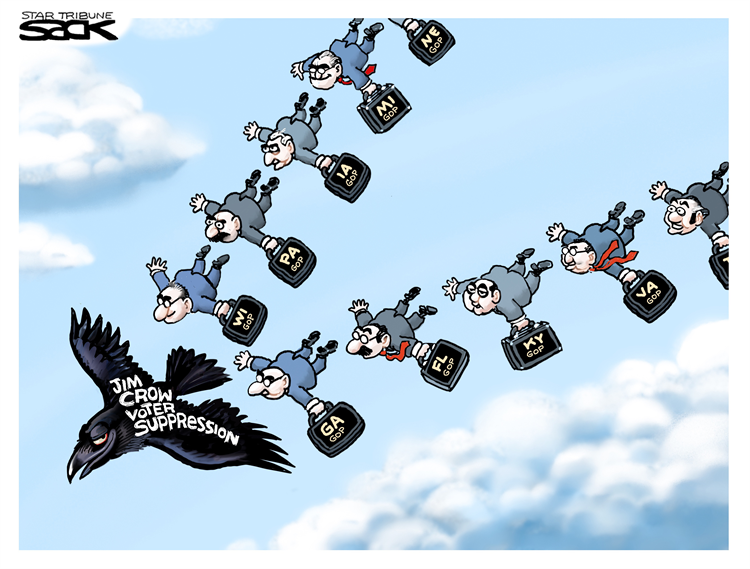 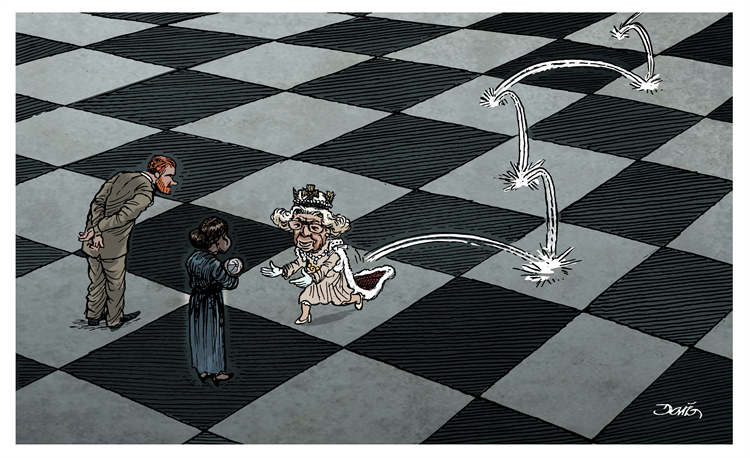 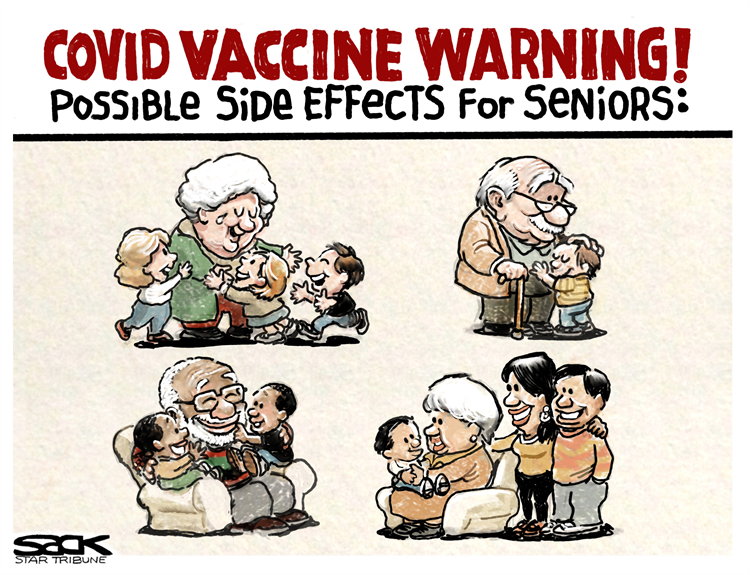 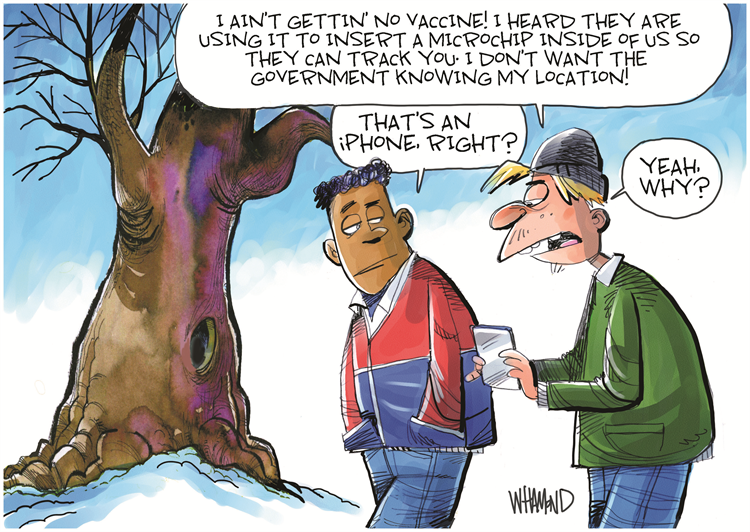 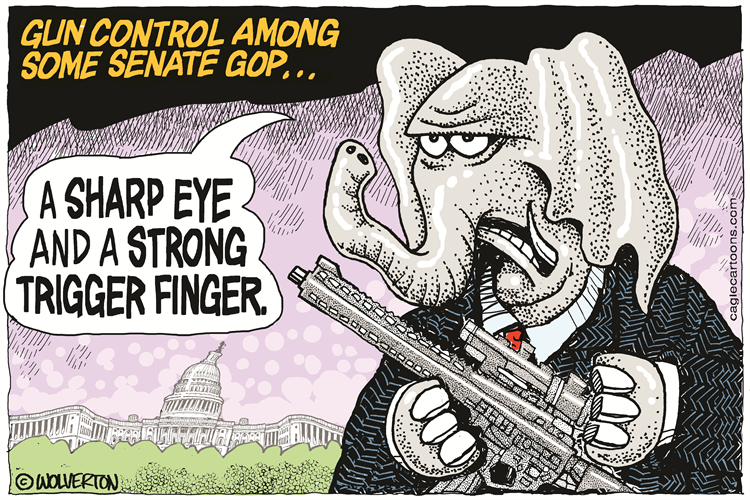 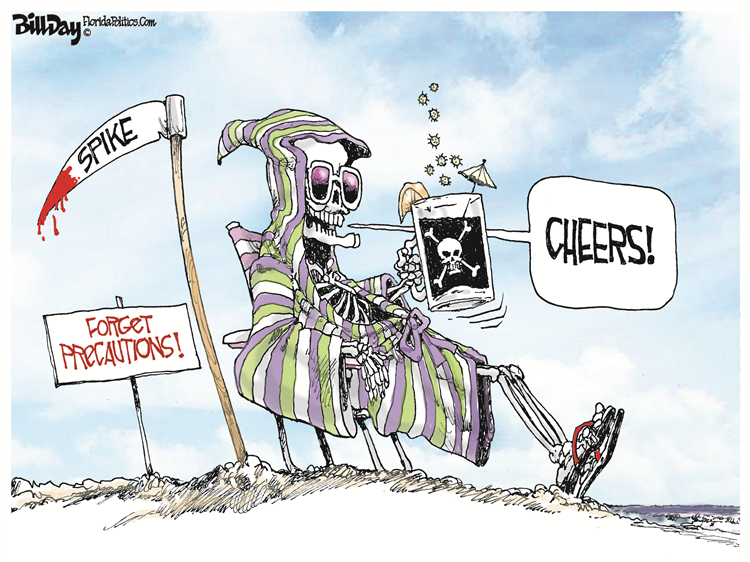 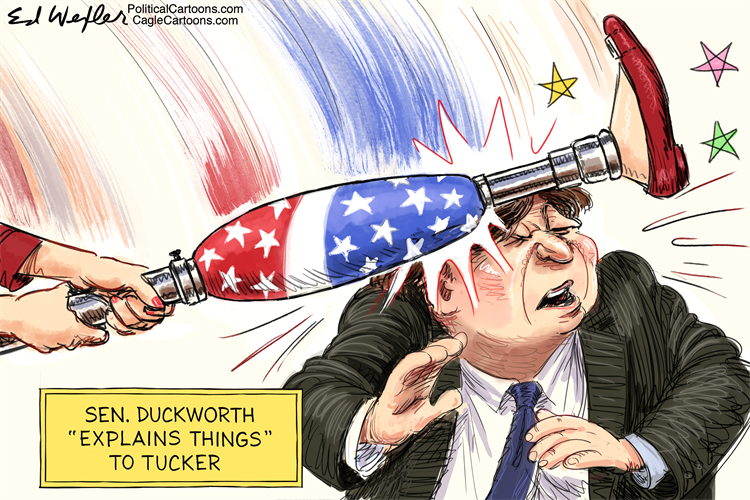 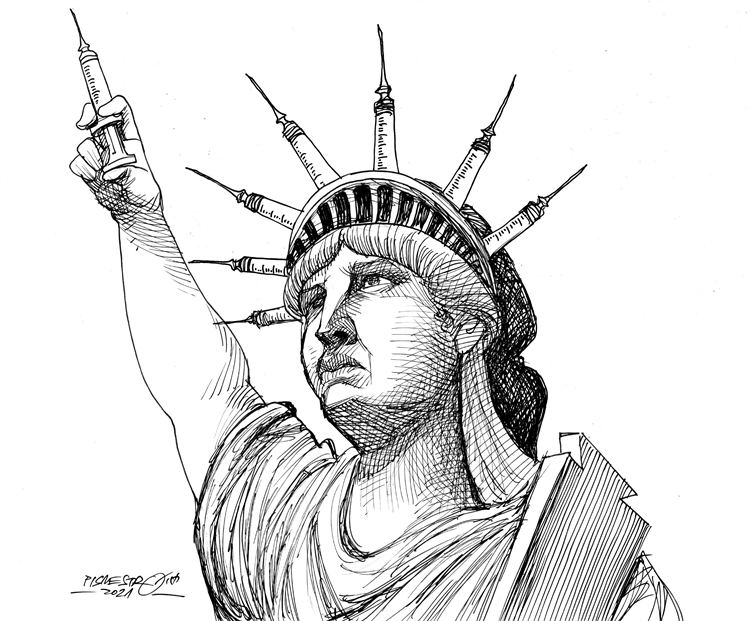 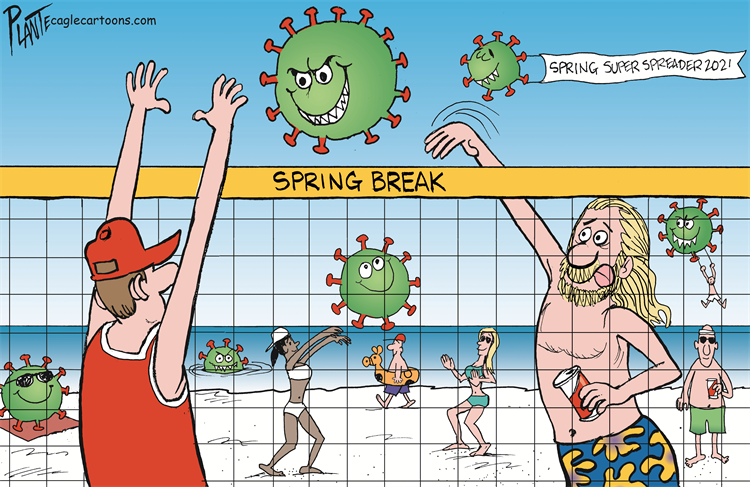 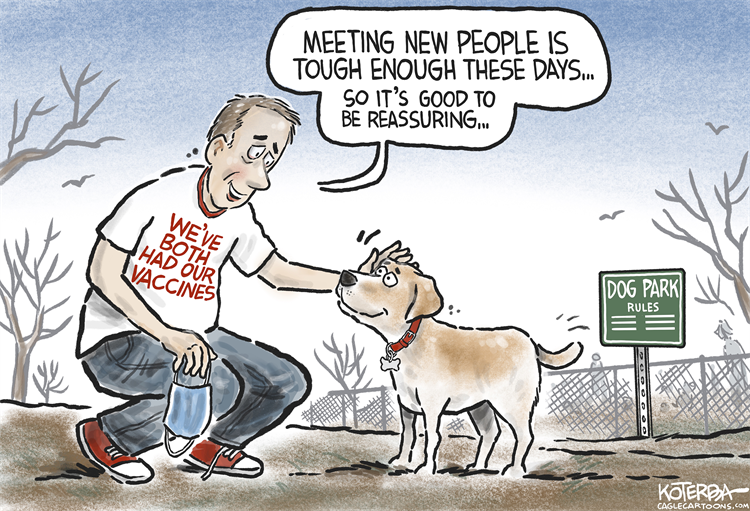 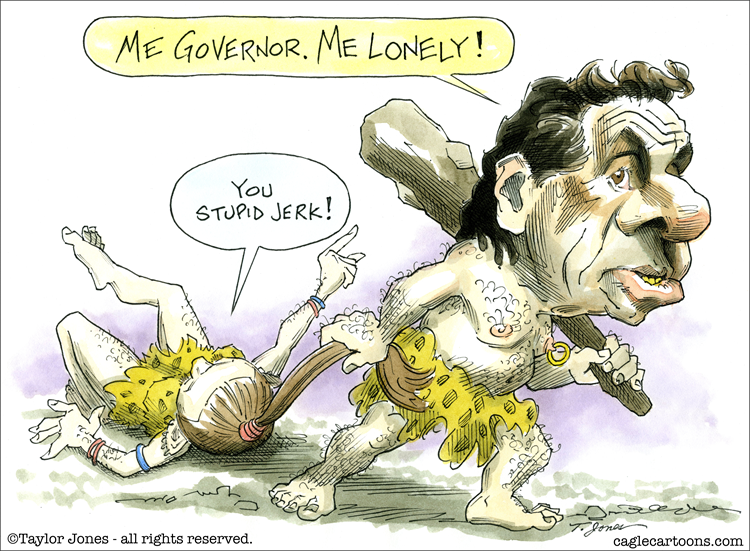 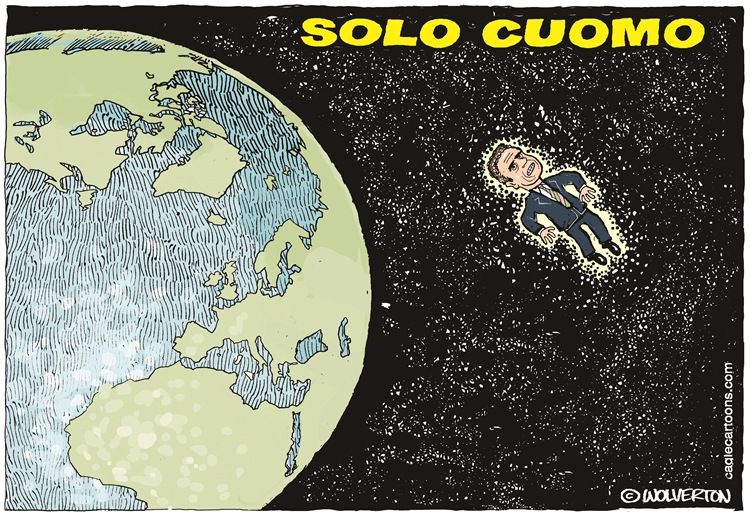 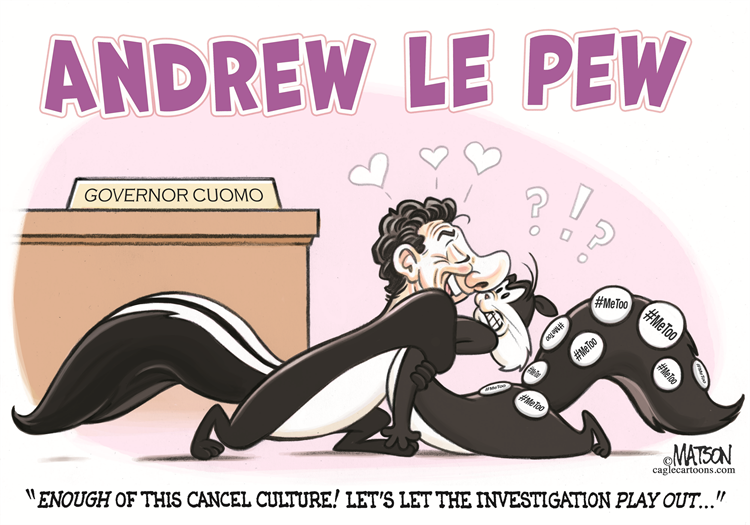 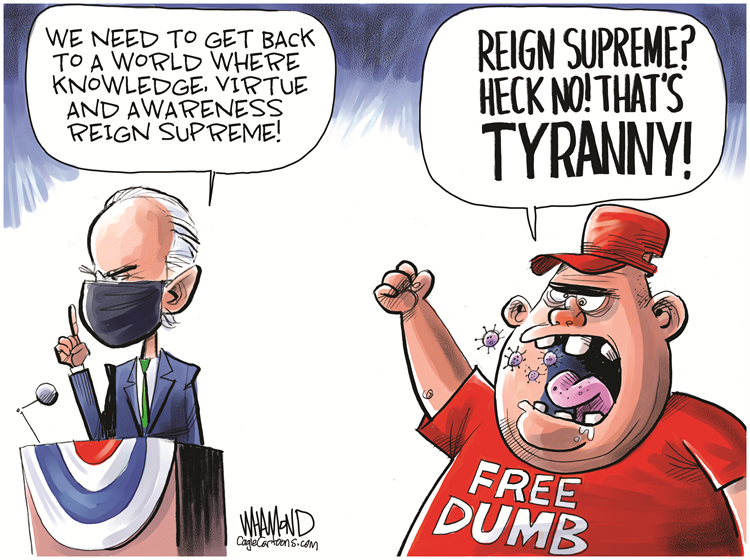 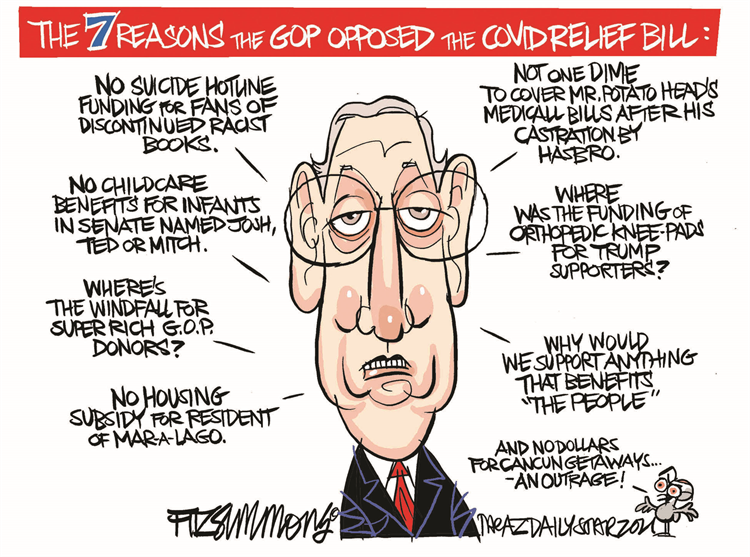 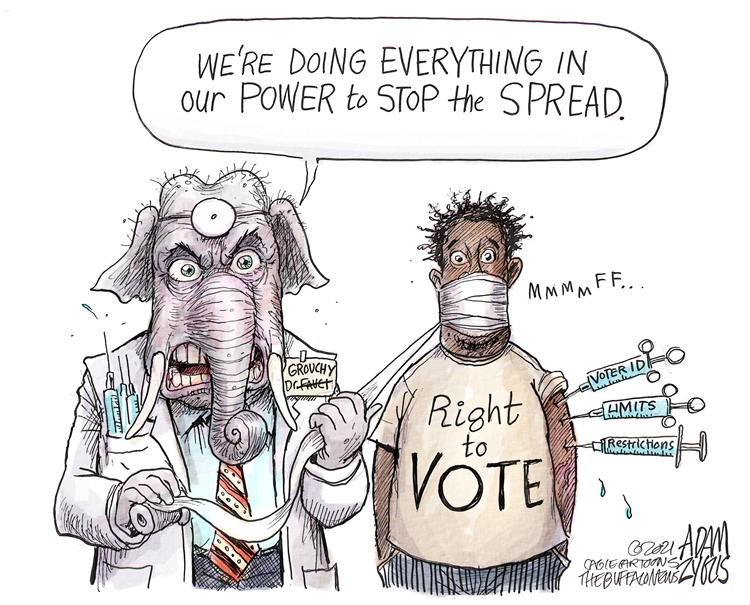 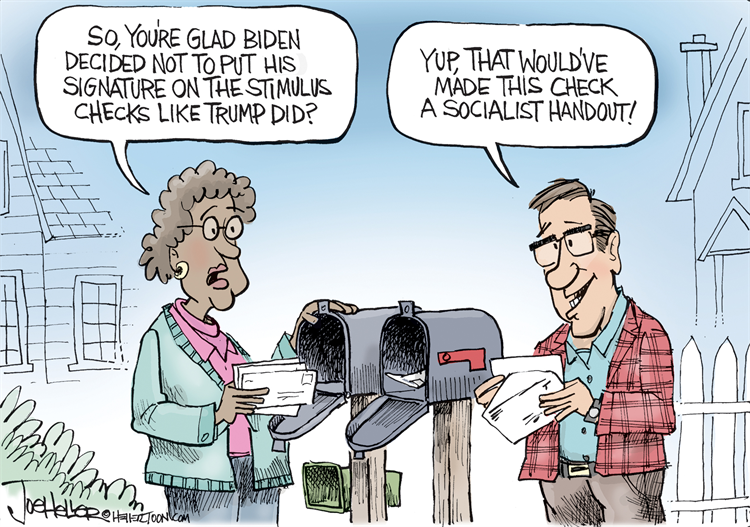 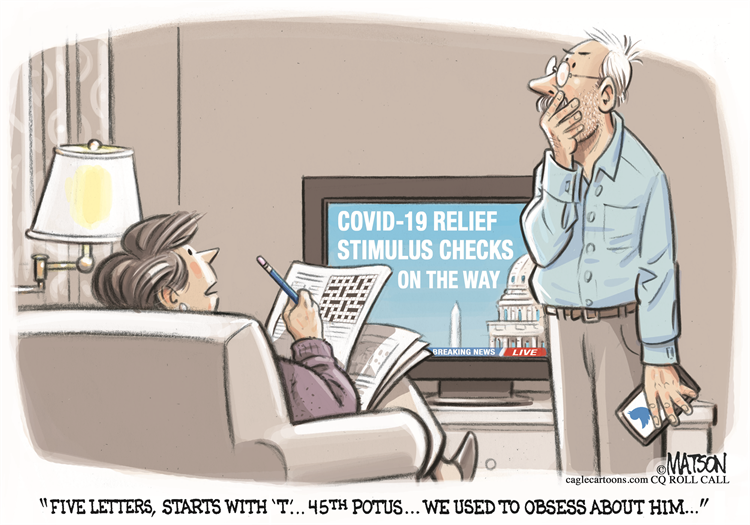 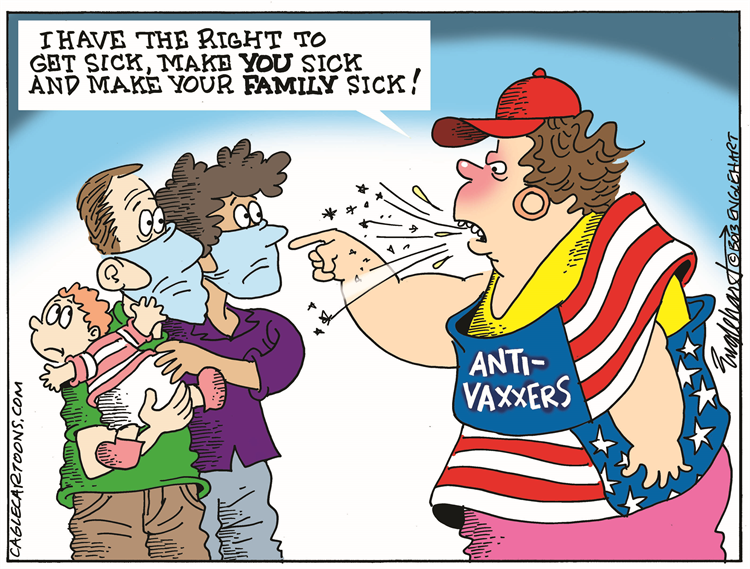 This is horrible. And completely out of control. It has been since this anti-Asian violence began. I am so sorry for these lives lost and so many communities living in fear. https://t.co/yfyZxhPgZx

There were 3,800 anti-Asian racist incidents, mostly against women, in past year https://t.co/C4kaVslklr via @nbcnews

A few trends worth noting:
💬Verbal harassment makes up 68% of hate incidents. Physical assault makes up 11%.
👩🏻Women are 2.3 times more likely to report hate incidents.
🌉45% of reports originated in California, making it the first in the nation for hate incident reports.

it's not lost on me that a white man can murder 8 asian women and be arrested alive but breonna taylor was killed by police while she was sleeping.

I believe they have since released the information that it is 6 Asian women, 1 white woman and 1 man.

“Six of the people killed were Asian, and two were white, according to law enforcement officials. All but one were women.” https://t.co/K4IEt4CdfZ

"He was a hunter and his father was a youth minister or pastor. He was big into religion.” https://t.co/B170VC9m2v

I don’t even know what to say about Atlanta. Of course it was racism. Of course it was misogyny. Are we ever going to accept that at the root of a lot of our problems is how white men are raised to be entitled, hateful, and egocentric to the point of madness?

The use of the phrase "China Virus" is deadly and has to stop.

Yes, I remember every single shitty thing anyone said about Hillary in 2016 and I will continue to throw it in these assholes’ hypocritical faces for eternity.

One hard fart and it’s over

For the 1st time in history, a Native American woman will serve in the President’s Cabinet. In its 171 year history and 53 secretaries, the DOI has never been led by a Native American. Now Native peoples will be part of shaping policies, not just advocating from the outside. pic.twitter.com/TwDuCz6XRF

The U.S. crafts retailer Michaels ordered stores to remove a book of feminist cross-stitch patterns that it had stocked for Women’s History Month. The decision came after employees found curses in some of the patterns and has prompted a backlash online.https://t.co/xVeCuxwhXo

A brilliant, incisive analysis that should give us all some hope that justice is coming. 👇🏼 https://t.co/3GGLMgeV2s

Kamala Harris declared "the status of women is the status of democracy" today, in her first speech before the United Nations as the first female vice president of the United States. https://t.co/2Urr6sQsbs

Take a trip through 125 years of literary history https://t.co/sLW2p0Xxnj

Meet Jessica, a #DACA recipient and an essential worker in the frontline. She’s among 6 million immigrants helping the country fight the #COVID19 pandemic. Congress must protect Jessica and all immigrant families. #WeAreHome https://t.co/u4AtBARdU4

More than 37,000 times a year, #Florida kids have the #BakerAct used against them largely by schools, police & foster care facilities.

Allowing involuntary institutionalization, it's grossly overused as a disciplinary tool than a mental health one.

The film was added to the Library of Congress’ National Film Registry in 2018. You can read more about it here https://t.co/V79nrFdEpQ pic.twitter.com/K72ynvcVVR

I knew he looked familiar…! pic.twitter.com/HvlAqvboMC

Ty, everyone, for yr kindness & love. I’ve found my love of writing again. And it’s hard for me to post this personal stuff, but rn my saving grace is that maybe you’d want to read about the bravest people I’ve ever met https://t.co/AhGMtcl4JJ

Here are a few more for you to catch up with…

If I can finally be honest with myself, I was walking straight into a war zone where a bunch of madmen were raping little girls.

Part 2 of a behind-the-scenes look at how to report a frightening story in a dangerous place https://t.co/SvNuBCzyR4

Young and new journalists! I’m writing this for you. And I want to hear what you want to know https://t.co/hA5u7ECYNY

As I watched a column of smoke snake through the trees, a I felt a chill despite the warmth of the rainy season in Congo. This was the beginning of what would eventually bring me closer to the case that would stop, & ultimately convict, the rapists https://t.co/FaVHI9M0t3

My pinned tweet seems to have disappeared, so here is the story I worked on for 6+ years, upon arrests, pre-convictions for crimes against humanity, for the rape of ~50 little girls, aged 18 months-11 years https://t.co/O8WueIxIxD

“Vicious hate crimes against Asian Americans who have been attacked, harassed, blamed and scapegoated. They are forced to live in fear for their lives just walking down streets in America. It's wrong, it's un-American and it must stop.” pic.twitter.com/W54RKzkL6G

Tonight, we hold close to our hearts Georgia’s AAPI community, which was targeted in a spree of Metro Atlanta shootings. As we await more details on these tragic events, we must commit to overcoming xenophobia and racism. #gapol