The Woman in Red: Protector of the Uteri, Defender of Vajayjay Rights and Fighter Against the #WarOnWomen 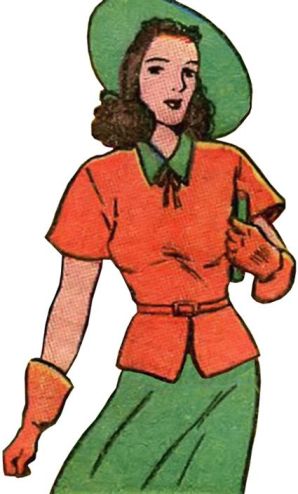 I suppose you can guess from the title…it is time for another episode of the Woman in Red. Only this time it will be a little more than a few tweets, lets just say this will be a “full” treatment. Yeah…this time you get a real full blown story!

(As for the morning reads, well…I haven’t really been paying attention to the news lately. Think of this as an open thread and post links to news stories down below in the comments.)

She is smart as hell, and like you,  she knows just what the GOP is up to.

According to the Guttmacher Institute: More State Abortion Restrictions Were Enacted in 2011–2013 Than in the Entire Previous Decade

That is a shitload of anti-woman legislation.

Peggy has decided to use her special superpowers for something more than  volunteering as an escort at her local Planned Parenthood or spending time  blogging and protesting against the GOP’s war on women. 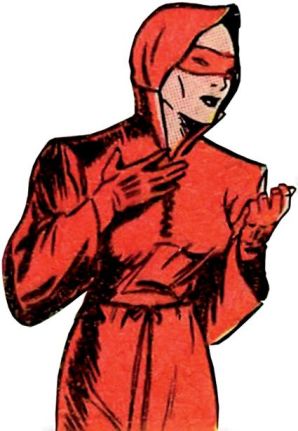 She is determined to fight the right-wing bastards, with whatever is necessary….

<——— Peggy Allen is The Woman in Red, protector of the Uteri, defender of Vajayjay Rights and fighter against the war on women.

Just this week alone you can see some examples of the shit women have to deal with, and it isn’t just abortion issues…its poverty, birth control, health care and so many other things:

Marital Status Doesn’t Cause Poverty—Not Having Money Does 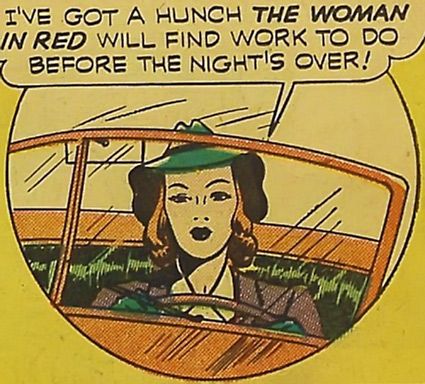 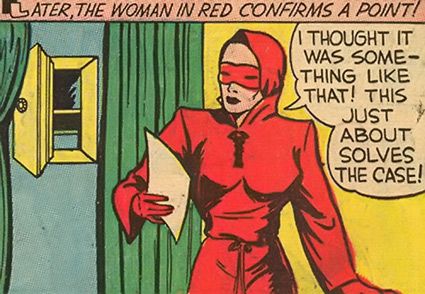 Can ‘Roe’ Survive the Roberts Court?

The list goes on and on…and if I kept on posting links to this shit I would never get to the strip.

And what do you know, today is the 41st anniversary of Roe v. Wade:

The Woman in Red comic is Public Domain, which is fortunate, because that means I can do whatever I want with her. It is lucky too that I found some images and copies of her comics online, otherwise this creative little anti-PLUB comic romp would never have gone further than those few tweets.

As an added bonus, just this morning I found this link to an article by Jessica Valenti: Back The Fuck Up: Protect Women’s Rights by Getting Out of the Way | The Nation

Feminists are constantly on the defensive. Whether it’s fighting back against sexist media depictions of women, working to hold ground on reproductive rights or arguing that rape is an actual thing that really happens—feminism’s fights are largely reactionary. In the wake of the Supreme Court fight over buffer zones, it occurs to me that we need something a bit more proactive to protect women and their rights. So I’d like to suggest that we implement a national call—a feminist addendum in the social contract—for people to Back The Fuck Up.

Read Jessica’s piece…I think it goes perfectly with our supershero, The Woman in Red, and I think Jessica’s idea kicks ass!

So without any more waiting or whatever, here is…. 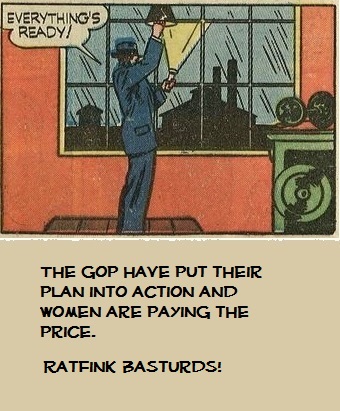 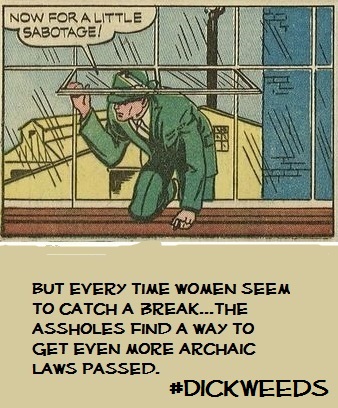 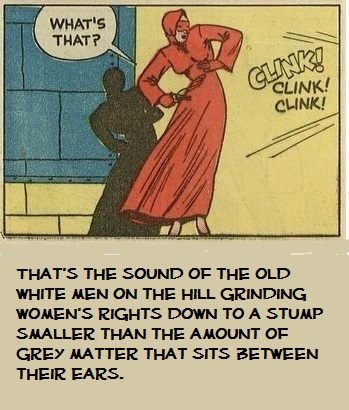 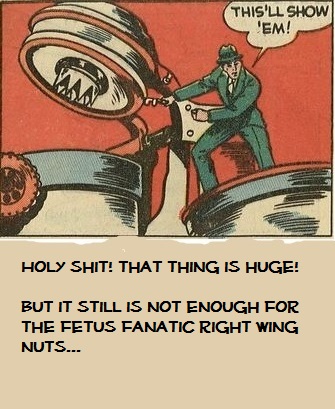 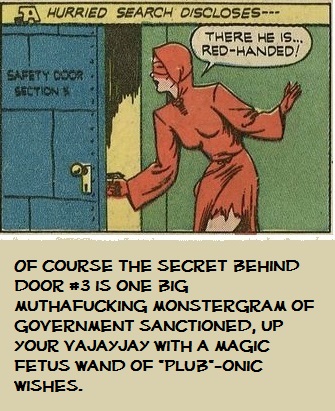 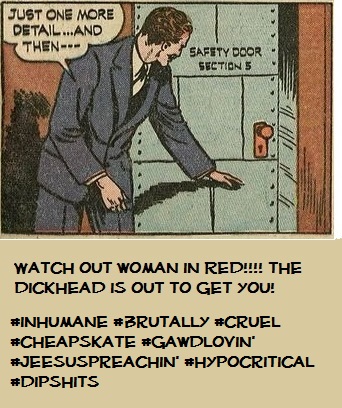 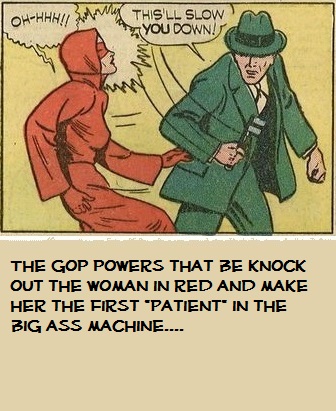 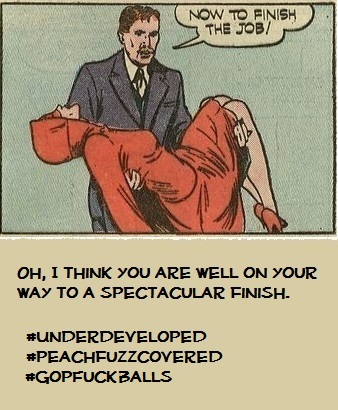 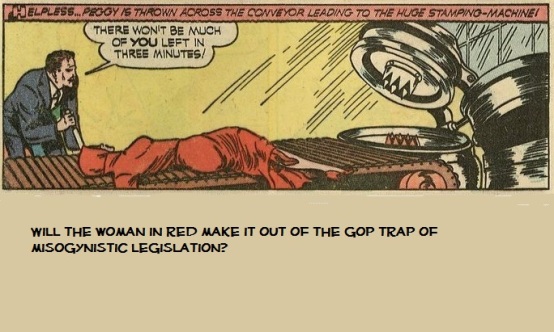 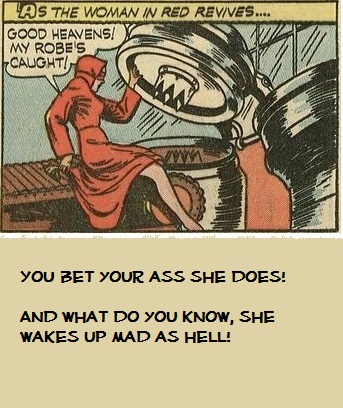 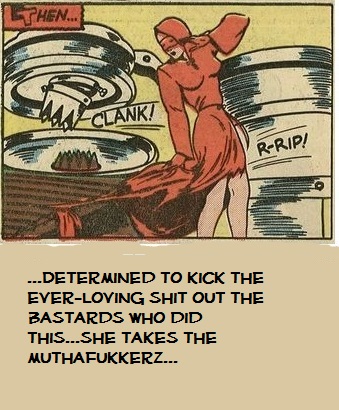 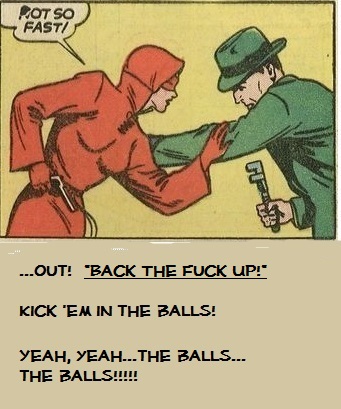 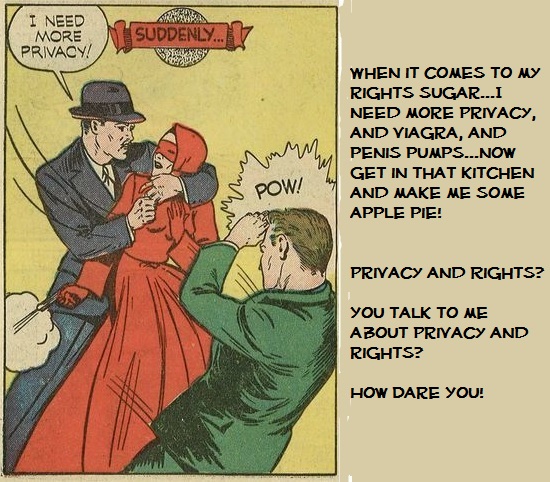 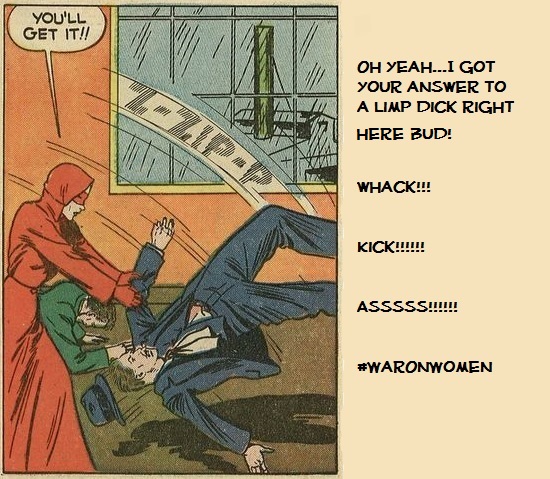 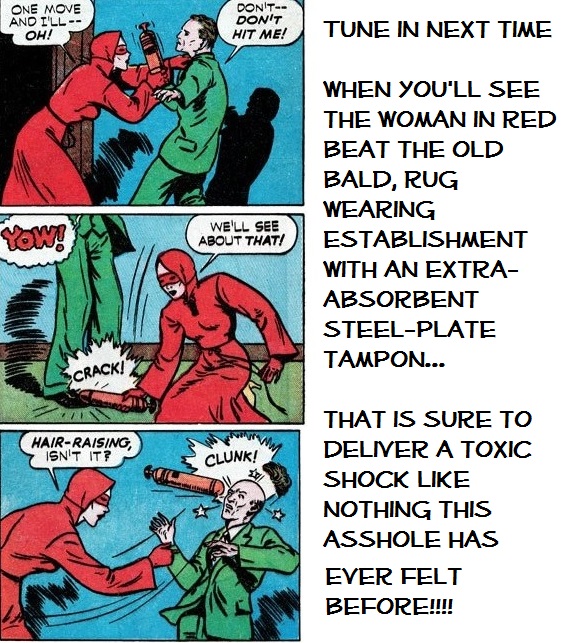