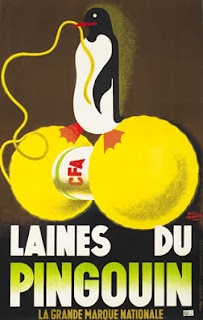 Some interesting links for you tonight, all along the theme of bullshit, a piece of shit and more bullshit.

First let us get to the real turd of the evening, this is an ancient…prehistoric nugget. We are talking about a dump taken before time…before the era of the dinosaurs…imagine, Tapeworm Eggs Found in 270-Million-Year-Old Shark Poop.

270 million years ago, a shark pooped near the coast of Brazil. That poop was fossilized and preserved into a coprolite, which is the scientific term for fossilized poop. Scientists found that shark poop, and have been carefully studying it. We don’t know exactly what they were looking for, but we do know what they found — and it’s gross.

By carefully dissecting the shark poop into thin cross-sections, paleontologist Paula Dentzien-Dias of the Federal University of the Rio Grande found a group of 93 tapeworm eggs. The eggs are so small, about one-and-a-half times as wide as a human hair, and only found in one section of the coprolite sample.

“Luckily in one of them, we found the eggs,” said Dentzien-Dias. Lucky indeed! Where would we be without this story of fossilized tapeworm eggs inside fossilized shark poop?

The coprolite dates back to the Paleozoic era, before even the dinosaurs. That puts these tapeworm eggs at about 140 million years earlier than any intestinal parasites found in vertebrates, meaning they’ve been a problem for much longer than previously thought.

The scientist can’t tell what species of shark the coprolite is from, but what I find so intriguing is that tapeworms, like roaches, seem to have been around since the beginning of time.  Of course, don’t tell anyone from the religious right this news, cause the world is not that old!

Another fish story for you, Video Documents Thought In Fish Brain For The First Time

Researchers at Japan’s National Institute of Genetics believe they’ve captured a world first video — images of a thought making it’s way through the brain of a zebrafish. It’s not a particularly complicated thought — essentially ‘Hey, that looks like it could be food.’ — but the fact that the team has imaged the very stuff of even simple thought for the first time is really kind of amazing — not unlike magic.

Researchers were able to image visual perception in the fish using a new tool designed just for the purpose — a super-sensitive fluorescent probe that detects neuron activity, causing neurons to light up when they’re activated. In this case, the images are of the activity in neurons as a zebrafish watches a paramecium flit around it, registering the movement of its prey. After this strong first showing, they’re hopeful that examples of the probe could be used to learn more about the ill-understood circuitry of the brain, and how connections between brain cells work together to produce thought or register and act on perception.

This next article is thought provoking, Yoon Young-kwan: Asia Feels Like Pre-War Europe

Whether east Asia’s politicians and pundits like it or not, the region’s current international relations are more akin to 19th-century European balance-of-power politics than to the stable Europe of today.

Witness east Asia’s rising nationalism, territorial disputes and lack of effective institutional mechanisms for security co-operation. While economic interdependence among China, Japan, South Korea and the members of the Association of South-east Asian Nations continues to deepen, their diplomatic relations are as burdened by rivalry and mistrust as relations among European countries were in the decades prior to the First World War.

You can read more about this at The Scotsman.

Ah…now for the bullshit, a few links that make you scratch your head and wonder.

A new theory about Gandhi making headlines in The Telegraph, The truth about Mahatma Gandhi: he was a wily bigot, not India’s smiling saint.

The Indian nationalist leader had an eccentric attitude to sleeping habits, food and sexuality. However, his more controversial ideas have been written out of history

This week, the National Archives here in New Delhi released a set of letters between Mohandas Karamchand Gandhi and a close friend from his South African days, Hermann Kallenbach, a German Jewish architect. Cue a set of ludicrous “Gay Gandhi” headlines across the world, wondering whether the fact the Mahatma signed some letters “Sinly yours” might be a clue (seemingly unaware that “sinly” was once a common contraction of “sincerely”).

The origin of this rumour was a mischievous book review two years ago written by the historian Andrew Roberts, which speculated about the relationship between the men. On the basis of the written evidence, it seems unlikely that their friendship in the years leading up to the First World War was physical.

It is a juicy article, go read the rest of it.

Maybe Seinfeld was on to something?  Gandhi his bald head in oil…

Former Saturday Night Live star and current conservative celebrity Victoria Jackson has made a second career as a mascot for deranged opposition to President Barack Obama that includes calls for secession, statistical analyses of the white baby population, and comparing America to The Big Bopper on Election Night, but it looks like restraint has finally gotten the better of her. Wonkette’s Rebecca Schoenkopfcalled Jackson out earlier today for posting an article suggesting that the persecuted, underrepresented White Christian Male needs some scale-balancing, asking “Why is there a Black History Month but not a White History Month?”

Jackson also featured a video that lists “Things To Thank White People For,” which curiously did not include Baywatch (but does include “recorded music” without noting that black people invented all of the good recorded music) and listed some white accomplishments, on her own, for the ungrateful non-whites who control everything:

Just for the record, white men invented rockets, space travel, airplanes, the automobile, the English language, the U.S.A., most medical advances, electricity, television, telescope, microscope, Ivy League Universities, the computer, the Internet, and on and on. I think white men should be praised and respected. White Christian Conservative Men especially, should be loved and adored. They were the backbone and originators of the greatest nation on earth. We need more of them now.

I’m pretty sure that rockets were invented by Chinese people, and Ivy League Universities aren’t really inventions, and the first man to give his life for this country was black, and since black people did help out with that whole syphilis thing, maybe medical advances aren’t a fair example, but point taken. White people rule. That is the point, isn’t it?

There is new information coming to light on the 10th Anniversary of the Columbia Explosion. Columbia Shuttle Crew Not Told of Possible Problem With Reentry

What would you tell seven astronauts if you knew their space shuttle was crippled on orbit?

It was a question that faced NASA’s Mission Control considered after initial suspicions that something might be wrong with the shuttle Columbia as it was making its doomed reentry in 2003.

Wayne Hale, who later became space shuttle program manager, struggled with this question after the deaths of the Columbia crew 10 years ago. Recently he wrote about the debate in his blog, recalling a meeting to discuss the dilemma:

“After one of the MMTs (Mission Management Team) when possible damage to the orbiter was discussed, he (Flight Director Jon Harpold) gave me his opinion: ‘You know, there is nothing we can do about damage to the TPS (Thermal Protection System). If it has been damaged it’s probably better not to know. I think the crew would rather not know. Don’t you think it would be better for them to have a happy successful flight and die unexpectedly during entry than to stay on orbit, knowing that there was nothing to be done, until the air ran out?”

A bleak assessment. Orbiting in space until your oxygen ran out. The dilemma for mission managers is that they simply didn’t know if the space shuttle was damaged.

The doomed astronauts were not told of the risk.

To me, that sounds like bullshit, these are scientist and pilots…they can handle the news professionally and should have known.

Makes me think of that line in Apollo 13, when the capsule is still shallow during re-entry:

Okay, lets end this post with some pictures, Hillary Clinton: 2 Decades in the Spotlight (Photos)

Friday, Feb. 1, 2013, will be Hillary Clinton’s last day as Secretary of State, ending a career in the public eye that has spanned more than two decades. While the question on everyone’s mind is “will she come back?” let’s take a look at what she has done.

Just go to that gallery link and enjoy!