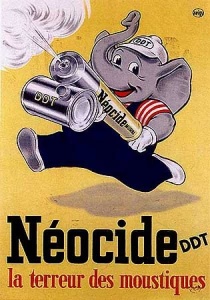 Agnotology. New word, for me at least…read this explanation and tell me if it strikes a chord with you. (Emphasis mine.)

Agnotology is the study of culturally induced ignorance.

Londa Schiebinger, in the Proceedings of the American Philosophical Society, 1 Sep. 2005.

Historians of science have tended to focus on the processes by which scientific knowledge gets accepted. In recent decades, some scholars have come to see that processes that impede or prevent acceptance of scientific findings are also important. Such processes include the very human desire to ignore unpleasant facts, media neglect of topics, corporate or government secrecy, and misrepresentation for a commercial or political end. They often generate controversy, much of it ill-informed. Examples include the health implications of tobacco and of genetically modified plants, the safety of nuclear power, the environmental consequences of hydraulic fracturing (fracking), and the existence or extent of man-made climate change.

Seriously, by that definition alone, and with those examples…you could just say that Agnotology is the study of Republicans.

While we are going through a GOP induced hell here in the states, some parts of India are living a real hell…being hit by one of the strongest typhoons in years. Cyclone Phailin makes landfall in India

A huge cyclone that has forced as many as 500,000 people to flee their homes has made landfall in eastern India.

Authorities had predicted a storm surge of at least 3m (10ft) that was expected to cause extensive damage.

Officials say they are better prepared than in 1999 when a cyclone killed thousands of people in Orissa.

Cyclone Phailin has been classed as “very severe”, and the head of India’s Meteorological Office, LS Rathore, said it would remain in that category for six hours before losing strength.

An hour before Phailin made landfall, winds were over 150 mph.  New York Times is reporting that over 800,00 people have been evacuated…We will learn more as the morning progresses, I will post updates in the comments below.

Heading toward Russia, there was some violence at St Petersburg when a Russian gay rally ends in fights and arrests.

Sixty-seven people were arrested after fightes broke out between gay rights activists and opponents at a rally in the Russian city of St Petersburg, according to local news sources.

Several dozen activists for  lesbian, gay, bisexual and transexual rights had gathered in the centre of the city for a sanctioned LGBT rally, which was held on what activists termed as “international coming out day”.

They were far outnumbered by the anti-gay demonstrators, including several dressed as Cossacks and Orthodox priests, who had occupied the site of the planned demo.

Fights broke out after anti-gay protesters tore a rainbow flag from a woman’s hands, and police then moved in to arrest those involved. They eventually detained 67 people from both sides, Russian news agencies reported.

The Winter Games are going to be one shitty scary mess.

Back here in the states, there was an arrest yesterday in a famous unsolved murder case out of New York City. New York police arrest man in 1991 ‘Baby Hope’ killing

New York City police have arrested a cousin in the killing of a 4-year-old girl dubbed “Baby Hope,” whose body was found crammed in a picnic cooler in 1991, police said on Saturday.

Police detained him at a Manhattan restaurant on Friday, more than 22 years after the girl’s death, he said.

The girl, dubbed “Baby Hope” by investigators, was never reported missing and was only recently identified.

Her bound, asphyxiated body was discovered stuffed underneath cans of soda inside a blue-and-white cooler alongside the Henry Hudson Highway in northern Manhattan in July of 1991. She had been starved and sexually abused, police said.

New York police announced on Tuesday they had identified the girl’s mother after following through on a tip they received over the summer. Her identity was confirmed through DNA testing and she was cooperating with the investigation, they said.

Finally some closure for the people who have worked this case for all these years, because it is obvious the family didn’t give a damn about this little girl at all.  Police say Juarez’s sister, who is dead, helped him dispose of Anjelica’s body. More information at this CNN link: NYPD arrests man in killing of ‘Baby Hope’

Meanwhile, Georgia’s Governor Deal may be under investigation. Read this AP report from North Georgia Access…it is a long article. I wonder if anything will come of it.: Attorney who raised questions about ethics complaints against Deal contacted by FBI

I saw this next link via Google News from my hometown of Tampa: 10 News Investigators find memo warning about terrorist “dry-runs” on airplanes | wtsp.com Strange…and again not a lot of news on this in other media outlets.

Of course, if you want to see what is up with the shutdown: Senate leaders take over government shutdown talks – The Washington Post

Hey, I mentioned yesterday that I was having some problems with my gmail account, well…here are two links that you need to read if you use Facebook or Google:

“Who can look up your Timeline by name?” Anyone you haven’t blocked. Facebook is removing this privacy setting, notifying those who had hidden themselves that they’ll be searchable. It deleted the option from those who hadn’t used it in December, and is starting to push everyone to use privacy controls on each type of content they share. But there’s no one-click opt out of Facebook search.

Your Face May Appear in a Google Ad Soon- Mashable

If you’ve ever been appalled to see yourself or your friends used in a Facebook ad, then you’re not going to like Google‘s new terms of service.

The company updated its TOS on Friday to allow an adult user’s profile name and photo to appear in reviews and advertising starting Nov. 11.

And let me tell you, it is a bitch to find the dashboard on Google where you can fix this shit!

We have a personal connection to the PBS Frontline “League of Denial” that aired this past week, Boston Boomer’s brother created the trailer that angered the NFL so much they pressured ESPN to drop out of the project….well here’s a round-up of responses to the show via The Dish: The Football Fan’s Dilemma « The Dish

I think you will find this infographic from Huffpo interesting: The Geographic Inequality Of Death Row (INFOGRAPHIC)

October 10 marks the 11th World Day Against the Death Penalty, and the United States remains one of the top five countries in the world for executing its citizens — along with China, Iran, Iraq and Saudi Arabia, according to Amnesty International. The 43 executions we carried out last year happened in just nine states; 15 of them were in Texas.

I am going to move on to the better part of today’s post…nothing depressing or disturbing.

There was this article at The New York Times which touched a personal side for me. Growing Up With a Disabled Sibling

Some research suggests that growing up with a disabled sibling can also infuse a person with a greater sense of responsibility, patience and compassion for others. Some siblings may be inspired to go into a helping profession, like medicine, teaching or public interest law. Others translate their early experience with disability into a greater appreciation for, and understanding of, the wide spectrum of human differences. I confess to keeping my own list of successful and accomplished people who have a sibling with Down syndrome, which includes the Olympic snowboarder Kevin Pearce (now himself disabled by a traumatic brain injury), the actor and singer Jamie Foxx, the actress Eva Longoria, and Amy Chua of “Tiger Mom” fame (and a Yale Law School professor).

That is just one paragraph I want to point out, you have to read the whole op/ed. It is great.I guess it is for me because I know the outcome of growing up with a disabled sibling…in my situation, Denny and I were always a package deal. So I see the hope in that piece.

There are some cool pictures at this link: We Could Stare At These Defaced Bills All Day

And hey…check it out: [VIDEO] ‘Remington Steele’ Reboot — NBC Plans Sequel I used to love that show, Pierce Brosnan was so damn hot.

Oh, and since this is October, two links on horror movies:

And one on Classic Movies from the 50’s:

moviemorlocks.com – Biting the Hand That Feeds You: Movies About the Movies In the 1950s

Finally, this last article…which proves that an animal without a backbone is more intelligent than one of those Republicans, or at least the octopus can assist in the Agnotological study of the Republican Brain:  How the Freaky Octopus Can Help us Understand the Human Brain – Wired Science

If you were to measure octopus smarts by the number of neurons the creatures have (500 million to our almost 100 billion), they’d come up pretty dull. But forget that metric. The octopus’s neurons aren’t even concentrated in its head; about two-thirds of its “brains” are distributed in its arms, dedicated to the fine operation of these limbs and each of their hundreds of suckers. The rest of the neurons are split between a central brain—surrounding the esophagus—and large optic lobes behind the eyes. Like we said: alien.

But somehow octopuses do things that suggest they’re brainier than plenty of animals with backbones and more familiar nervous systems. Here’s an easy one: Lots of octopods have learned to twist off standard jar lids. But in 2003, biologists at the Seattle Aquarium challenged Billye, a female Enteroctopus dofleini—a giant Pacific octopus—with a childproof bottle, the kind that can baffle even the smartest Homo sapiens. Billye figured out the push-and-twist trick in a little less than an hour. And in subsequent attempts, she popped those tricky tops in a mere five minutes.

Is the vertebrate brain optimized for intelligence? Ask the octopus. | Robert Eikelpoth/Corbis

This is just the beginning of their abilities. Octopuses in the wild may be using tools—a feat that, not so long ago, was considered the exclusive domain of humans (though now we know it’s the province of other species too, like dolphins and some birds). Researchers have observed octopuses off the coast of Indonesia collecting—and awkwardly carrying—coconut shell halves along the sandy seafloor. For a shelter on the go, they whip out the two pieces of shell, swoop inside, and snap the pair shut. “That’s a spectacular example, because it really does suggest foresight,” says Jennifer Mather, who studies animal behavior at Canada’s University of Lethbridge. “In terms of cognition, that’s pretty good.”

Have a great Sunday!

Stop by and share what you are reading and blogging about today.