It is another year…for me at least…44 of them! I don’t have any plans today, except sit and worry about my Bebe who is off in Chicago. She has a performance today and then the competition tomorrow afternoon before she heads back to Banjoville.

A long ass bus ride back to Banjoville. 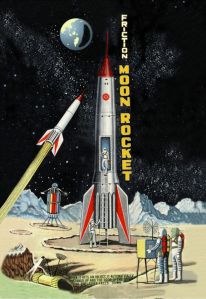 Anyway, before I get to the links just a quick note about the pictures for today’s post. They are all centered around the Apollo 13 mission that took off exactly 44 years ago today.  Links to photo galleries at the end of this thread.

On to the newsy stories.

A witness to Thursday’s deadly tour bus crash said the driver of the FedEx truck appeared to lose control while changing lanes before barreling across the center median of Interstate 5 and colliding head-on with a tour bus filled with high school students. 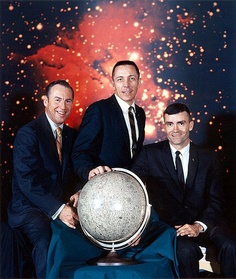 Ryan Householder told The Times on Saturday that he was mowing his lawn, which faces the southbound lanes of the highway, when he heard screeching tires Thursday. He looked up and watched the crash occur. The drivers of both vehicles were killed as were eight people on board the tour bus.

Householder, 31, said the FedEx truck, hauling two trailers, was in the slower of two southbound lanes behind a red van, he said. The truck tried to merge into the faster lane, he said, but there were two cars there.

At that point, the truck driver seemed to lose control of his vehicle, Householder said. The truck shot across the grassy median, shearing the tops off bushes that separate the northbound and southbound lanes.

The truck began straightening out, Householder said, but by that time it was already on the northbound lane and it collided with the bus carrying high school students on their way to Humboldt State University.

“When they collided, it was boom!” he said. Both vehicles erupted into fire.

The truck, Householder said, was not on fire before the crash.

However this is differs from another eyewitness earlier story: ORLAND, Calif: Conflicting accounts emerge about deadly California bus crash |

Bonnie and Joe Duran told TV reporters in Northern California late Friday that their Nissan Altima was sideswiped by the truck before it collided head-on with the bus. They said flames were visible from the big rig as it crossed the median and hit their car.

“It was on fire already,” Bonnie Duran said.

Investigators have not publicly responded to the Durans’ account.

Cameron Birk, the couple’s son-in-law, told The Times Saturday that he has talked to Joe Duran several times since the accident. He said Duran told him the couple were driving northbound on the interstate in the left lane, with Bonnie at the wheel, when they first saw the FedEx truck. Bonnie jerked the wheel to the right to avoid a head-on collision.

“The truck was already on fire when it had crossed the median,” Birk recalled Joe Duran telling him. “They were the first car it hit, so they just jerked the wheel hard and got side-wiped.” They spun out and got thrown into a ditch, Birk said. 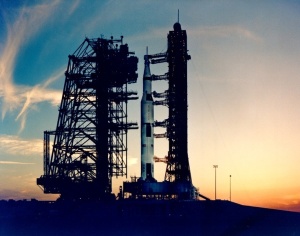 Police in Rome armed with batons charged members of a large splinter group — many wearing masks and helmets — and also used tear gas to push back the crowd, with protesters fighting back with rocks and firecrackers. One man lost a hand when a firecracker exploded before he could throw it.

There were dozens of lighter injuries among police and protesters, and at least six arrests, police said.

The protest was organized as a challenge to high housing costs and joblessness as a result of Italy’s long economic slowdown. The procession made its way peacefully through central Rome until the more violent element wearing helmets started throwing objects at police near the Labor Ministry. 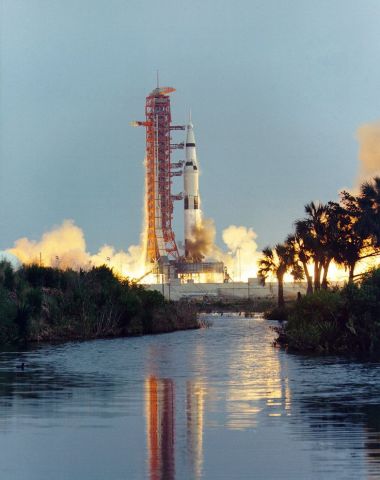 A crude oil leak from a pipeline owned by a unit of China National Petroleum Corp. (CNPC) is to blame for water contamination that has affected more than 2.4 million people in the Chinese city of Lanzhou, in the the landlocked northwest part of the country, according to Chinese media reports Saturday.

The leak poisoned the water source for a water plant, introducing hazardous levels of benzene into the city’s water, according to China’s official news agency Xinhua.

Residents scrambled to buy bottled water after authorities warned against using taps, in scenes reminiscent of a municipal water ban in the United States, following a coal-processing chemical spill that affected 300,000 West Virginians in January.

Xinhau cited Yan Zijiang, Lanzhou’s environmental protection chief, as saying that a leak in a pipeline owned by Lanzhou Petrochemical Co., a unit of CNPC, was to blame for the water contamination.

Read more on the pollution regulations they are trying to reign in over there in China.

Down Under: Tropical Cyclone Hits Australia As ‘One Of The Most Powerful Storms’ In ‘Living Memory’ | ThinkProgress