If only we will one day see Nazimodo in prison…how wonderful that will be.

Have a good and safe Sunday…this is an open thread. 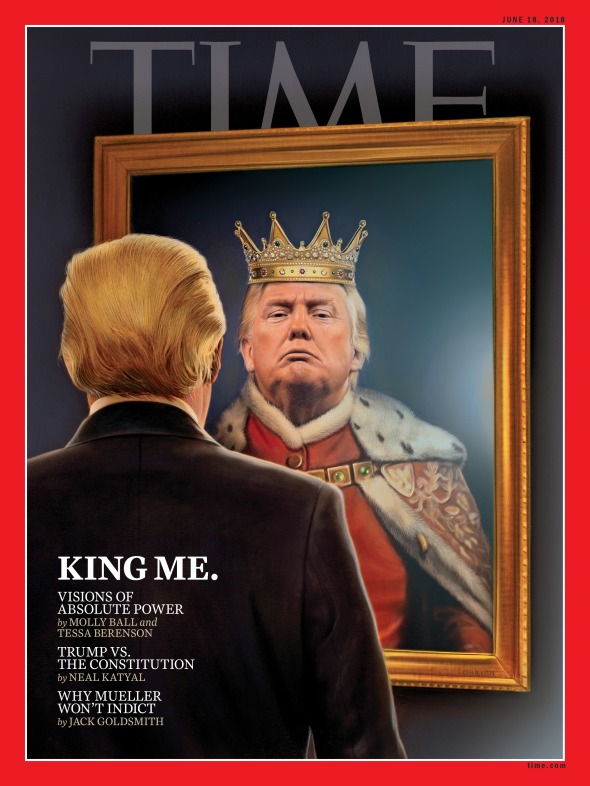 Do you all remember this Time cover?

There is the link to the video and article back when this cover came out in June of 2018.

It seems that perhaps this cover was more of a foreshadowing of what was to come? I mean, every day tRump does something more horrible than the previous day….however, his latest blatant moves, pulling the security clearance of John Brennen…firing of Peter Strzok…the threats to remove other security clearances…prejudice potential jury pools…etc. I know that we say it over and over, but this is truly the behavior of a twisted despot.  And if I had drawn that picture above, not only would I have tRump wearing a crown, I would have him twisted and deformed…much like the painting of Dorian Gray. Showing the world all the true impressions of his disgusting nature. Syphilitic, greed and hate…just to name a few. 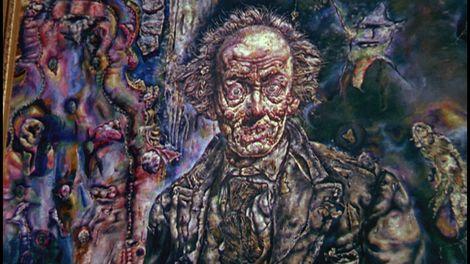 Even that image above is not horrendous enough…it needs the asshole mouth with vile putrid filth spewing out.

Check out these Twitter threads, see what you take away from them:

A chilling point from Paul Krugman: “I don’t think most political commentators have grasped how deep the rot goes. I don’t think they understand, or at any rate admit to themselves, that democracy really could die just a few months from now.” Think Nov. 6! https://t.co/zQtwzAccas

We (me, @seungminkim + @costareports) asked all 51 Republican senators — and all six members of House Republican leadership — to agree to a brief interview about Trump and race. Only three agreed. https://t.co/ltwKhE0Zrf

Like this is surprising? None of these assholes will hold tRump accountable for his treasonous actions, you think that they are going to do an interview about confronting his racist invective?

The next two threads are long…

Because this revoking of Top Secret clearance IS the fire. I don't think people fully understand what's happened?

Remember the morning of 9/11? That terrible feeling when video of the first plane was being played over and over? No one knew what to think.

Stick with these threads….read them in full.

Omarosa discussed the Lester Holt interview on MSNBC's @VelshiRuhle. She claims Hope Hicks and others prepped Trump to lie about Comey, but he was too "mentally challenged" to stick to the script. Forget the drama; Trump's mental fitness is the most critical part of this saga. pic.twitter.com/9DqRsHTfik

2/ Omarosa continues, re: Lester Holt interview: "I was really, really surprised that he [DJT] would implicate himself. That's when you know someone is mentally challenged when they would even jeopardize their own livelihood by saying things that are just insane at the time."

Here’s some other tweets to think about…

Senator Burr, Congress should be focused on oversight of President Trump instead of endorsing his use of security clearances as a political weapon. This is the United States of America where we all, including Mr. Brennan, have the right to free speech.

Rhonda’s daughter was shot and killed inside her high school in Santa Fe, Texas. Her Senator – Ted Cruz – won’t return her calls, won’t vote for stronger gun laws, won’t stop taking money from the @NRA. But he did send her a flag.

They had Bannon on MSNBC on Friday, what the fuck?

hey @AriMelber, heard you were gonna have steve bannon on? have you decided which tie you're gonna wear? try to pick one that says "giving a white supremacist a platform to spread hate"

Pay attention. This is how morally responsible media outlets and journalists act.@MSNBC@AriMelber https://t.co/Vz7n9JtNYr

And then there is Maud….I mean Chuck Todd:

The entire Meet the Press squad, including liberal guests, agreed this morning that John Brennan just went too far in his criticism of Donald Trump.

You people are pathetic. Don’t complain again about Trump calling you the enemy of the people. You’re the enemy of yourselves.

The Hoarse Whisperer was on fire this week, if you don’t follow…you need to:

Your father has cheated on every one of his wives including your mother. https://t.co/9LbC3n573N

Regarding the Manafort trial:

The jury not only wasn’t sequestered—jurors mingled freely in the courthouse elevators, cafeteria and hallways with reporters and spectators. I’ve never seen anything like it.

All the while, tRump is tweeting his shit about Manafort.

Little wonder Judge Ellis is being protected. His anti-prosecution bias has been appalling. If Manafort walks it will be b/c of Ellis, and he is jeopardizing the entire special counsel investigation— not to mention the well being of the USA. UNAMERICAN! https://t.co/m2ziwukqWv

Now, I am thinking he is getting more death threats from the side that wants to see Manafort acquitted…but that is my own opinion.

Even God is getting in on the discussion:

I know many of you don’t follow the news cuz you’re too busy playing Fortnite and stuff, so let me clue you in:

The President is a criminal traitor dictator wannabe.

If you don’t vote, he may soon start killing you all just for fun. 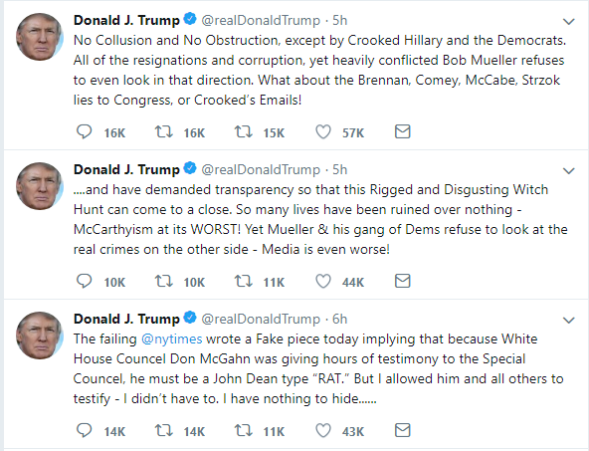 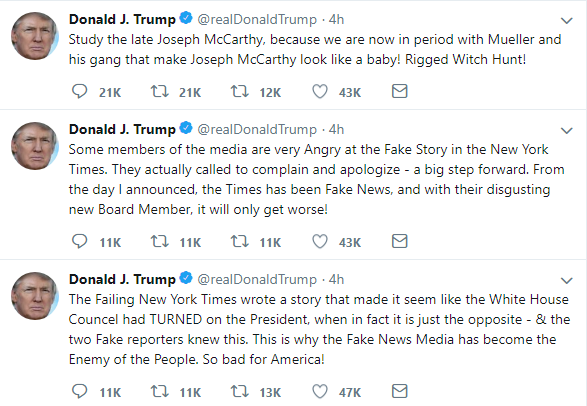 🚨 🚨 Just now on @MeetThePress with @chucktodd:

Rudy Giuliani, lawyer for President #Trump, says “the meeting [at #TrumpTower] was originally for the purpose of getting information about Clinton… That was the original intention of the meeting.”

I am sticking to tweets this morning, in consideration of this shit:

I recently got suspended for calling Ann Coulter, who is a Nazi, a Nazi. https://t.co/lHnj9DnAQw

I remember when "20 six and seven year olds were actually slaughtered and their mourning parents shouldn't be tortured by freaks" wasn't a "left-leaning" poisition. https://t.co/IB8wm4PzwV

Meanwhile, down in Georgia, we are fucked:

Why aren't you covering the fact that NOT ONE REPUBLICAN has signed on to reauthorize the Violence Against Women Act. #VAWA There are only a couple of legislative weeks left to deal with this. @Lawrence @donlemon @maddow @MSNBC @CBSNews @abcnews @TheTodayShow

I will end it with a dumbass….

1. Tweet something offensive
2. Retweet it forgetting you have settings that screen out offensive language
3. Notice that it’s hidden (due to said settings)
4. Claim that this is “censorship”
5. Get dumbasses from your party’s leadership to “defend” you from yourself
6. Repeat https://t.co/1eTz0U5W5s

Enjoy your day…this is an open thread. 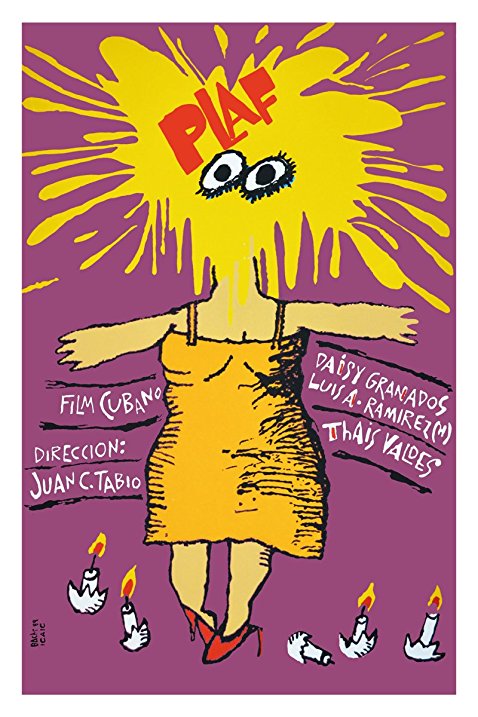 The quick storyline of the film which this poster above is portraying is spectacular:

A superstitious middle-aged woman falls in love with a taxi driver, while trying to learn the identity of the unseen person tossing eggs at her.

Honestly the plot to, Too Afraid of Life or Splat, seems to make more sense than the reality we are experiencing now…

Tabio’s screwball soap opera takes us into the lives and loves of a family in the middle-class suburbs of Havana. It’s tacky, it’s wacky, it’s, well, serious too. Widowed Concha (Granados) distrusts the alliance of brawn and brain when her beloved baseball-player son marries a girl engineer with her own ideas (about bureaucratic impedimenta, the role of women, and Concha). Concha has problems enough: made wary of men by the philandering of her dear departed, she distrusts the charms of taxi-driver Tomas, so is forced to take comfort in the spells of a Santeria-cult priestess. When the young marrieds move in, splat! – eggs start to fly. Tabio leaves no doubt that this is farce, not so much admitting the presence of the camera as flaunting it. Every mirror reveals the camera crew, props are thrown onto the set, the film cranks to a halt for apologies about missing scenes. The sight gags, absurd histrionics and hyperbolic use of sound communicate an infectious sense of fun, but the film can’t quite hide a deathly conventional morality which, sadly, hauls it back into sanity and nauseating good faith.

If only there was a mirror to reveal the true farce behind the facade…meaning that this past year is all just some crazy ass twisted fraud of a disaster film that has been in production…simply to run out of money. 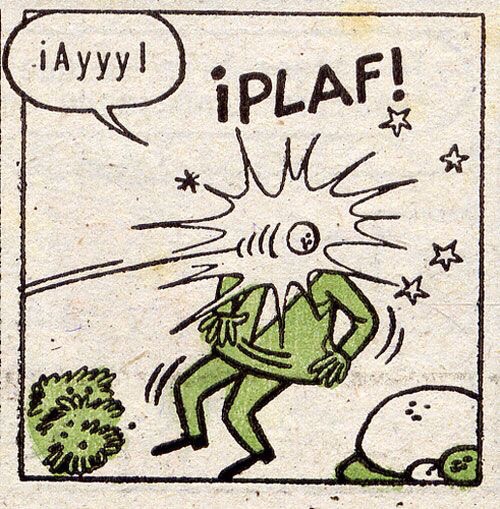 Now we are at an end, with the reality finally at hand; that it is over…sorry about the missing scenes, especially the last act that included the impeachment.

(Honestly, I still thing the asshole will get away with it.) 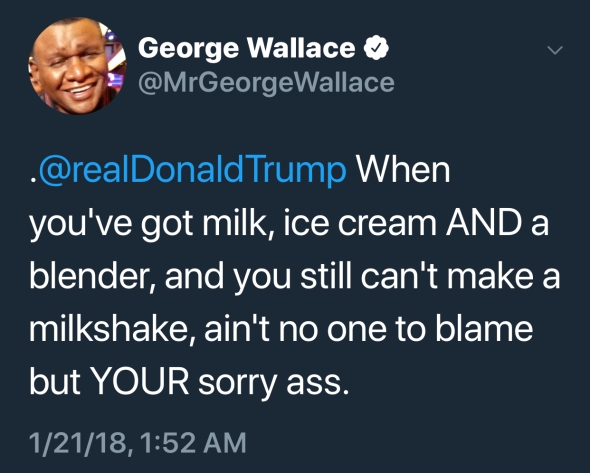 But, on with the cartoons:

Oh, and please…why hasn’t it happened yet!

Again, many of these cartoons above are foreign press.

The following is exactly what the GOP wants you to believe:

I had to end it with Luckovich…fucking awesome.

This is an open thread!