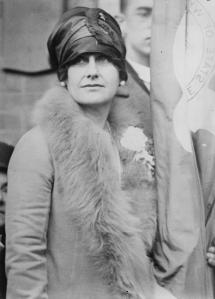 The one thing that’s become more apparent to me than anything else is the double standard in the media and elsewhere with what they tolerate from white men who are screaming like scalded hogs at the moment and essentially trying to install an autocratic government to retain their privilege and control of the country’s major institutions.  Loss of privilege is not the same as being unable to secure your civil liberties and rights.

This is from Eric Boehlert:  GOTCHA Games via my neighbor. The Vice President has accomplished a lot so:

So why is she getting buried in bad press by the Beltway media, as they gleefully pile on? Unloading breathless, the gossip-heavy coverage is not only detached from reality, the press has gone sideways portraying Harris as lost and ineffective — in over her head.

It’s impossible to miss the increasingly condescending tone of the coverage, as Harris serves as the first woman vice president in U.S. history, and the first person of color to hold that position. The Atlantic has dismissed her as “uninteresting” and mocked her lack of political agility.

The recent frenzy of gotcha stories, which perfectly reflects petty, right-wing attacks on Harris, represents an entirely new way of covering a sitting vice president. None of the white men who previously served in that position were put under this kind of a microscope, and certainly not months into their first term. “News outlets didn’t have beat reporters who focused largely on covering Dick Cheney, Joe Biden or Mike Pence, but they do for Harris,” the Post’s Perry Bacon noted. “Her every utterance is analyzed, her exact role in the Biden White House scrutinized.”

Keep reading for the glaring examples all over the media.  And notice it’s the gay guy and the black woman getting the nitpick treatment.  Don’t start me on the number of women of color who’ve endured the tribulation of justifying themselves in from the of the old white Republicans of the Senate. My guess is it’s the Hillary treatment where you nitpick and find false scandals until she never becomes electible again.  But, my question is WHY?

Yeah, It’s the Hillary Treatment alright. From the Telegraph: With Kamala Harris looking unelectable, the Democrats are considering the nuclear option

Go there if you even care. Or you might even try this one if you dare: Axios: GOP courts anti-vaxxers with jobless aid

Ask yourself who really hates our democracy and country now.

https://t.co/zWN52zmjAB "The double standard for Harris has become impossible to ignore. “Media has been more critical of VP Harris for her image than of VP Pence” tweeted author and attorney Qasim Rashid. “but my God how low is the bar for rich white men who enable mass death?”

We know what we need to do to control Omicron: get people vaccinated, get them boosted, and get our children vaccinated. We can do this. 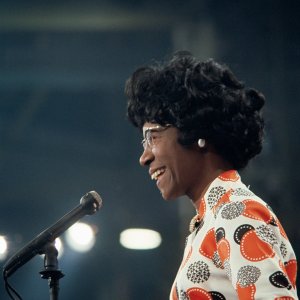 1969 – Shirley Chisholm of New York becomes the first African-American woman to serve in Congress. She served in the US House of Representatives from 1969 to 1983. In 1972, she was the first woman to run for president from a major party (Democratic party).

Right-wing men are terrifically insecure. As best as I can determine, they’re very much afraid of any competition for anything. Righteous Hackers are working to take their white nationalist patriarchal movement down.  This is from The Guardian. How far-right extremist groups face exposure from army of hacktivists. Data leaks and breaches by so-called ‘ethical hackers’ – often assisted by poor security practices – have exposed inner workings of groups and the nature of the movement as a whole.

Throughout 2021, websites associated with far-right extremist groups and extremist-friendly platforms and hosts have suffered from data leaks and breaches that have exposed the inner workings of far-right groups, and the nature of the movement as a whole.

The data has been exfiltrated in breaches engineered by so-called “ethical hackers” – often assisted by poor security practices from website administrators – and by activists who have penetrated websites in search of data and information.

Experts and activists say that attacks on their online infrastructure is likely to continue to disrupt and hamper far-right groups and individuals and makes unmasking their activities far more likely – often resulting in law enforcement attention or loss of employment.

Numerous far-right groups have suffered catastrophic data breaches this year, in perhaps a reflection of a lack of technical expertise among such activists. Jim Salter, a systems administrator and tech journalist, said: “Extremists, and extremist-friendly entities, have a noticeable shortage of even-tempered, thoughtful people doing even-tempered, thoughtful work at securing sites and managing personnel.”

There are many examples.

In the wake of the 6 January attacks, the Guardian reported on the leak from American Patriots III% website, which allowed the entire membership of the organization to be identified.

In that case, poor website configuration had allowed savvy researchers to view and republish the information on the open web.

In July, another organization affiliated with the Three Percenters, which monitoring organizations classify as an anti-government group or a component of the militia movement, had internal chats leaked which reportedly exhibited a “thirst for violence”.

Then, in September, it emerged that the website of the anti-government group the Oath Keepers was comprehensively breached, with membership lists, emails and what appeared to be the entire content of their server suddenly put on public display.

This is an extremely interesting read. And I just had to put this in wondering if the press will find a way to pick on First Lady Biden’s traditional Christmas tastes.

Wow. A White House tree that doesn’t look like a dystopian murder dream.

I imagine we’ll get lectured on the aesthetic of boring.  And to our next question.

Nothing the Squad has said or done is remotely as extreme or radical as Boebart, Gosar, Marjorie Taylor Greene and Trump. Question is why is there a double standard for them? Why do so many who know better in media and politics go along with it? Answers are obvious.

So, this trial is going to be interesting because we’ve only going one person to take trial for the sins of Jeffrey Epstein.

Maxwell's lawyer said a "tsunami" of news coverage would make a fair trial impossible, but the jury knew little about the case.

One juror, who never heard of her, said of Epstein: “Billionaire who solicited prostitutes and underage girls.” 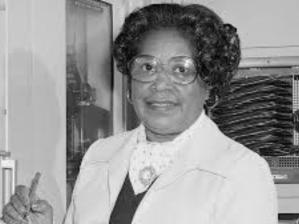 This is via Law and Crime: “An Anonymous Jury Has Been Selected for Ghislaine Maxwell’s Sex Trafficking Trial. Here’s What We Know About the Panel.”

Shielded in anonymity, the jurors selected to preside over Ghislaine Maxwell’s sex trafficking trial will be identified only by their number in the interest of preserving their privacy and safety, but some details about them and their awareness of the Jeffrey Epstein scandal have been publicly disclosed earlier this month.

The 12-person panel, and six alternate jurors waiting on standby, were sworn in by U.S. District Judge Alison Nathan following a painstaking selection process. Judge Nathan whittled down a pool of 600 candidates with surveys, first with a written questionnaire and then one-on-one questions held in open court, known as voir dire proceedings.

Rejecting a request by Maxwell’s defense team to conduct this hearing secretly, Nathan held voir dire in full press and public view earlier this month. Potential jurors answered questions on the public record, with certain information—like their names—kept under seal.

Here is a breakdown of the jurors, a group that includes mostly highly educated professionals representing a broad cross-section of New York City and neighboring counties. The list may change as two newly-empaneled jurors expressed conflicts after being chosen. As the biographical information comes from voir dire transcripts, these profiles do not currently include a race and gender breakdown. The jury, however, appears to be diverse in these categories, as well as age and educational background.

This appears to be a diverse jury in terms of race, age and gender, and they are about to be sworn in now. 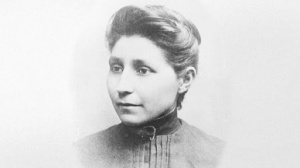 Susan La Flesche Picotte was born on the Omaha reservation in northeastern Nebraska on June 17, 1865. She became the first Native American to earn a medical degree.

So, the media continues to miss the point.  And I’m tired already of writing about it.  Did I mention the budget/deficit ceiling battle is about to restart?

Congress is only a couple of weeks away from hitting the Dec. 15 deadline to raise the federal debt limit, and Senate Majority Leader Charles Schumer (D-N.Y.) and Minority Leader Mitch McConnell (R-Ky.) don’t appear to be anywhere close to a deal.

Democrats insist that Schumer will not burn up a week of Senate floor time to use the budget reconciliation process to raise the debt limit with only Democratic votes.

And Republicans say there’s no way that McConnell will be able to round up 10 Republican votes to quash an expected filibuster from conservatives such as Sen. Ted Cruz (R-Texas) and allow Democrats to pass debt limit legislation with a simple majority under regular order.

The Republicans are not capable of running anything but a Circus Sideshow.  We need to vote them out where we can.