← Monday Reads: Trump’s Disastrous Records as a President, a Citizen, and a Business Owner
Lazy Caturday Reads: We Survived Another Wild Week in Trump World →

Sunday Reads: Not in this hood… 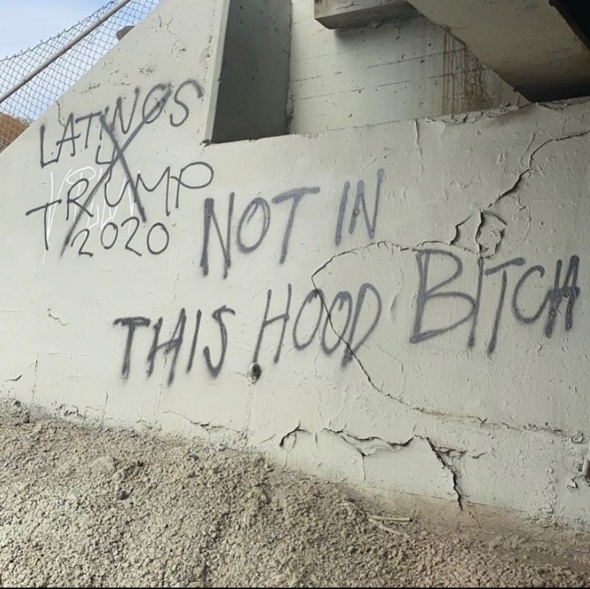 Republicans are trying to force through a Supreme Court confirmation before Inauguration Day and in so doing, reverse the life’s work of Ruth Bader Ginsburg. Call your senators, protest, do anything you can. • #handmaidstale #rbg #notoriousrbg #womensrightsarehumanrights #womensrights #womensequality #abortionrights #antichoice #reproductiverights #abortionaccess #protectroevswade #roevwade #thankyourbg #ruthbaderginsburg #scotus #amyconeybarrett #millionwomenmarch

A young girl in a "Supergirl" costume paid her respects to Ruth Bader Ginsburg on Wednesday as the late Supreme Court justice lay in repose under the Portico at the top of the steps of the U.S. Supreme Court building. (Photo by Alex Brandon/Reuters) 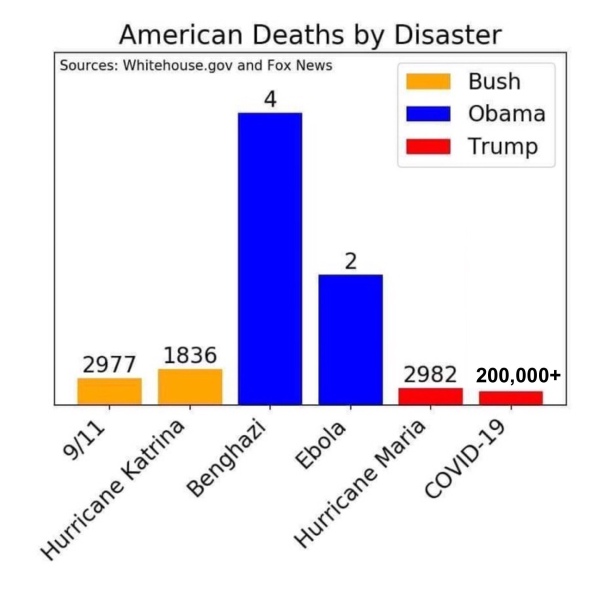 The NYPD charged at and attacked peaceful protesters & pedestrians in the West Village tonight on 10th and Hudson.

Who is this protecting???

Newly released video from the police raid at Breonna Taylor's apartment that led to her killing shows the moments after one of the officers was shot in the leg. https://t.co/eIwMgPCmuP

Welcome to resistance whoever does trump’s makeup. pic.twitter.com/iZzARLzP1j

Remember the DOJ announcement of voter fraud in Pennsylvania earlier this week? Not only did it violate DOJ policy, not only did they get the facts wrong & have to delete the release, now we learn, there was NO voter fraud at all, just administrative error https://t.co/rpYbbOrDsB https://t.co/lK3ZRb6S76

"Are Republican Judges Putting Their Thumbs on the Electoral Scale?"

GOP Senate can’t pass Covid relief for tens of millions of Americans, but it can ram through a SCOTUS pick in 30 days https://t.co/ndhfuMgl0M

The “trickle down” theory?:

Some censorship in the arts: 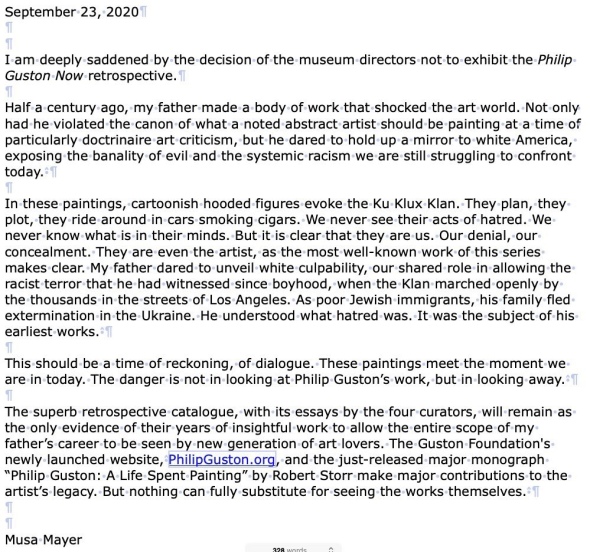 The @NationalGallery needs to reverse its cowardly decision to shelve a long-planned Philip Guston retrospective. Guston is an American great, and his paintings of hooded Klansmen are a powerful cry against bigotry that seem more relevant now than ever. https://t.co/UzNgc7cFNH

Top story: Philip Guston's Daughter and Others Speak Out Against Four Museums' Decision to Postpone a Major Retrospective on the Artist https://t.co/812OoYplNU, see more https://t.co/kORpkRVP9r

Philip Guston drew Richard Nixon's face as a hairy scrotum and phallus—what would he make of President Trump? | The Art Newspaper https://t.co/85lILBjfyG

A major Philip Guston retrospective at the National Gallery of Art has been postponed until 2024, in part because its [harshly critical] images of the Ku Klux Klan and a lynching were deemed too sensitive for audiences and staff at this time. https://t.co/cGjTK46s0K

#PhilipGuston dared “to hold up a mirror to white America, exposing the banality of evil and the systemic racism we are still struggling to confront today”. Now he’s cancelled. This timed #censorship prejudicially sanitises responses. We live in #darktimes https://t.co/MM1n8tjcFL

'Some very fine people' making decisions at the four museums that choose to censor #PhilipGuston. A dark cloud of Gustonian irony hangs over their institutions. He was way ahead of us all. Images: Charlottesville 2017 and Dawn 1970 https://t.co/oELp9jSqSu pic.twitter.com/KbRAEGak5J

I’m posting a Philip Guston painting today because I disagree with the actions of the National Gallery of Art, Tate Modern, Museum of Fine Arts Boston and Museum of Fine Arts, Houston who are jointly delaying the retrospective, “until a time at which we think that the powerful message of social and racial justice that is at the center of Philip Guston’s work can be more clearly interpreted.” . So weird. This seems to me a polite way of saying they don’t trust the public’s intelligence. The museums would seem to prefer to mold the public’s opinion into something it’s more comfortable with, through didactic heavy-handed messaging. It also seems to imply that the outcry for social and racial justice itself isn’t to be trusted, that everyone is just too emotional, too basket-case-y to “clearly interpret” a painting. As a painter, I must say the premise of “clearly interpreting” one is pretty goofy, especially for someone who has ostensibly devoted their life to the arts. A painting that can only be interpreted according to how the institution sees fit is either a boring painting or stuck in an authoritarian framework which diminishes the art and the public’s relation to it. Is this what we’re reduced to? Must we all march in lockstep at the behest of a potential someone who, upon seeing a KKK cartoon in a painting, immediately and automatically assumes the person who painted it has a Fascist message? Does a novelist become a villain every time they introduce one into the story? Frankly, I’m curious what the museums think will happen in 2024 that will assuage the public into a more docile bunch happy to “interpret” according to the museums’ interpretation instructions. What a strange moment in history we find ourselves when a museum censors itself out of fear of the public’s reaction. I liked it better when it was the political right who distrusted the public and censored what it felt might corrupt it. . (Continued in comments)

Reminds me of the story of the Gestapo officer visiting Picasso's studio in occupied Paris, seeing a drawing of Guernica and asking the artist 'Did you do this?'. 'No', replied Picasso. 'You did.'

Something to think about.

27 Comments on “Sunday Reads: Not in this hood…”