Now that Trump's Transition Team is officially under the microscope of Robert Mueller, this is a good time to remind everyone that the head of the Transition Team was MIKE PENCE.

And if both Pence & Trump resign or are thrown from office at once, Nancy Pelosi becomes President!

Now for some interesting tweets:

Little end-of-the-year observation: we have a president who was illegally installed by our worst enemy, who hates democracy unless it benefits him, and who unceremoniously has a dead rat sitting on the top of his head. Happy New Year!🎈🎊🎆

This is how the House Republican effort to undermine Mueller by “investigating the investigators” ends. Not with a bang, but with a Friday, buried-in-the-holidays whimper, and one foot out the door. https://t.co/oO0Nhkmg5a

House Republicans end their reign with a humiliating whimper

admitting they wasted $27M in yet another political stunt against Clinton

A public servant goes through this many harassing partisan investigations like Clinton, amazing not one charge – everhttps://t.co/rHi9SFinju

There it is. Trump has singlehandely destroyed the entire US Soybean commodity market. China has new suppliers so It’s not coming back. #Winning https://t.co/sbu8N3aroE

Remember: we're borrowing money from the Chinese to pay a subsidy to farmers who aren't selling their soy beans to the Chinese because Trump has a trade war with the Chinese.

Border agents took antibiotics away from her sick baby & detained them in a freezing cell called an icebox. When she asked for help, agents called her an “invader” who “wasn’t in a position to be asking for anything.” After 5 days, the baby had pneumonia.https://t.co/vv9kD65b8y

Every day this entire nation hits a new low and there's *one man* responsible for it and he's not a migrant https://t.co/yg74kEsCqT

Maybe I’m old-fashioned but when children die while in the custody of the federal government I expect the president to not be a fucking asshole about it.

Remember, this man blocked the President of the United States of America from letting the American people know about the act of war by Russia during the election.

If the Steele Dossier is correct and Trump was offered 19% of the commissions from the brokerage of Russian oil giant Rosneft in exchange for him lifting sanctions, and Trump agreed, that would amount to TREASON. 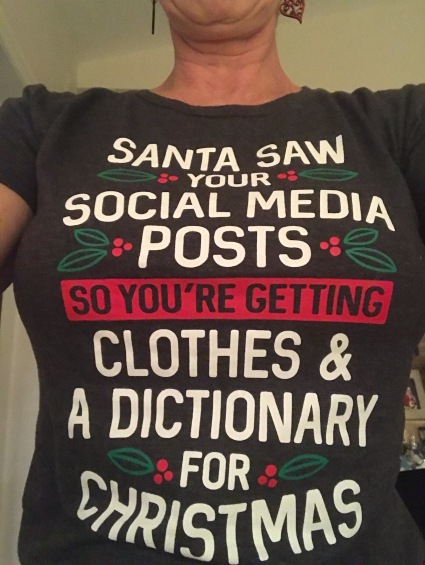 On Day 8 of the #TrumpShutdown, Trump chose to accelerate his assault on families during the holidays by freezing their pay.

Yet he gives his rich friends $2 trillion in tax cuts that are paid for by gutting Medicare, Medicaid and Social Security.https://t.co/B2aQM4nUOR

The White House is starving out the island of Puerto Rico by denying the disaster recovery funds it needs.

First went the schools. Now, women are going missing across the island.

If we let this to happen to some Americans, what prevents it from happening to others?To all of us? https://t.co/6jhuOYQhao

Lindsey Graham and the other Republicans literally voted for a deal without wall funding right before the holiday. https://t.co/oJZTGB2pWP

Regarding the Kelly interview this morning:

John Kelly is a racist scumbag.

And I want to end with this:

Having a vagina doesn't make you inexperienced.

And what is with all this Beto shit! Stacy Abrams ran a hell of a campaign…and came damn close to winning, even with all the possible illegal voter suppression that Kemp succeeded in achieving while acting as Secretary of State and running for Governor. She has a future ahead of her, but like Harris…she is a black woman.