I experienced early voting in Georgia this past week…so let me tell you about it…but first keep this in mind:

Same as all the other times before, they do not need my voters registration card as verification. The only thing they asked for was my drivers license. All went well. Afterwards, I had some questions to ask, about my son’s voting registration card.

The DMV put the wrong address on his voters registration. To be sure his address on the drivers license was correct. My question was, with the recent news…that everything must match exactly…what is on the registration and what is on the license…would his vote be purged? They got very defensive. Insisting that Jake would have to change his address prior to voting…that he could still vote, but he would need to fill out a form (which the woman who was the head of Union County Registration gave me.) She was the same woman who insisted, as she looked into the computer, that Jake’s address with the DMV was wrong because it matched his voter registration. I could plainly see she was not in the DMV database. It was all a lie. I took it in…and left. That woman even came out after me, to tell me that my son could still vote…she must have thought I was recording her.

Yesterday, it was a surprise to find in our mailbox a corrected voters registration.

They must have looked up his voting record and found out he is a Republican.

Now, for a few links. I hope you are enjoying the Mexican Pulp Fiction Covers…aren’t they fabulous.

Recently, there’s been an uproar about Georgia’s approach to voter registration. The state’s “exact match” law, passed last year, requires that citizens’ names on their government-issued IDs must precisely match their names as listed on the voter rolls. If the two don’t match, additional verification by a local registrar will be necessary. The Georgia NAACP and other civil rights groups have filed a lawsuit arguing that the measure, effective since July 2017, is aimed at disenfranchising racial minorities in the upcoming midterm elections.

Georgia Secretary of State Brian Kemp, a Republican who is running for governor against Democrat Stacey Abrams, has put on hold more than 53,000 voters so far, given mismatches in the names in their voting records and other sources of identification such as driver’s licenses and Social Security cards. If the measure takes effect, voters whose information does not exactly match across sources will need to bring a valid photo ID to the polls on Election Day to vote. That could suppress voter turnout, either because some voters lack IDs or because voters are confused about whether they are eligible. Proponents of the rule assert that it is only meant to prevent illegal voting.

Our analysis found that the “exact match’’ approach would link only 66 percent of voters who were actually the same, correctly identifying about 91 million voters. In other words, “exact matching” would exclude nearly 40 million records that actually did refer to the same voter — disenfranchising quite a few Americans.

What does this mean for Georgia’s voters?

Georgia’s records had a higher proportion of exact matches than we found nationwide — but 30 percent of actual voters still failed to exactly match in that state.

Using our algorithm, in other words, 91 percent of those on Georgia’s voter rolls would be cleared to vote, or 3,941,342 voting-eligible citizens — while “exact matching” clears only 70 percent, with the potential of disenfranchising 909,540 eligible citizens if no additional checks are conducted..

Read the article to see the exact description of the algorithm.

A few more things about Georgia:

Here is a bit of interesting news: 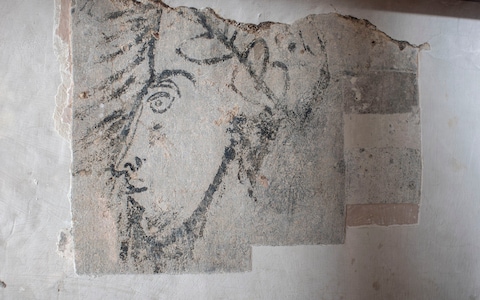 The portrait inside the Bloody Tower of the Tower of London CREDIT: HEATHCLIFF O’MALLEY

He was the English adventurer, author and apothecary who was imprisoned in the Tower of London for 13 years and beheaded in 1618 for allegedly conspiring against King James I.

In preparing to mark this month’s 400th anniversary of Sir Walter Raleigh’s execution, historians have been taken aback to discover a wall painting of a man’s head inside the infamous Bloody Tower, within one of the chambers in which he was confined.

In dating it to the early 17th-century, they believe that it could well have been done by Raleigh himself, perhaps a self-portrait, if not one of the subsequent prisoners held after he was taken to his death.