A lot of shit went down this week, the reason I chose to highlight the quote up top is simply because of the key word: Regime.

Many news outlets made quite a point about Mike Pompeo’s Freudian slip, referring to the tRump Administration as “this regime.”

Now, I read the transcript…link above, and honestly…I don’t know what the fuck “regime” Pompeo is talking about; so much bullshit is spewing from his mouth. But if he is indeed referring to tRump…he spoke the words we all know to be true.

8 Months ago I warned you that Maria Butina was a Russian Spy connected to the NRA.

Today I am warning you all that many within the GOP are compromised.

I am nearly 100% confident in this statement.

Feel free to rub it in my face later and call me a LIAR if I'm wrong.

What you have to realize is that Trump voters do 👏 not 👏 care 👏 that Trump is a traitor. Long term, this has to be our greatest challenge – how do we change the minds of people who’s minds have been warped? Because at some point, we’re going to have to.

Watching his base shift from “absolutely no collusion!” to “so what if they did collude?” is everything you need to know about his base.

I think the following sentiment has been mentioned before:

I guess the only way Trump supporters will abandon him at this point is if he turns into a Black man.#FridayFeeling

Take a look at this thread, it deals with Stein and Sanders and Tad Devine…and only strengthens my belief in #FuckBernieSanders :

Putin is a ruthless murdering criminal even terrorizing his own people. He seized Crimea, staged war in eastern Ukraine, arrested LGBT citizens & his opponents, murdered journalists & dissenters. His state controlled propaganda machine has waged war against the US.

Here is another long thread to check out, about my state…Georgia and the asshole named Kemp currently running for Governor:

Kemp: "The question remains whether the federal government will subvert the Constitution to achieve the goal of federalizing elections under the guise of security." pic.twitter.com/OJUom23VfT

Kemp was leading the resistance against federal help in 2016..as partisan and worthless as they come. Remember this the next time someone ask "why was nothing attempted to combat hacking?' prior to 2016 election.

A few tweets that continue to question the 2016 elections.

Was the 2016 election legitimate? It's now definitely worth asking the question https://t.co/Rv5Mragq0O (via @latimesopinion) pic.twitter.com/xdRwmQ5Dbk

In any other country in the world, there would have been a new election after it was revealed 2016 had been interfered with by Russia.

There were new elections in Kenya and Austria that same year.

Congress should have insisted on it.pic.twitter.com/O4G3aZnp9C

Here are some associations with tRump and his “friends” ….including the folks that perhaps Putin may have wanted to be excluded from sanctions?

SCOOP: 'US Person 2' in the case of alleged Russian agent Maria Butina is George O'Neill, Jr. – new research reveals that his daughter interned for Dana Rohrabacher, helped promote an anti-Magnitsky event, and was part of Trump's transition team, my latesthttps://t.co/diHVcNo671

The Trump Administration may lift sanctions on a major Russian company founded by one of Vladimir Putin’s top allies.

Treasury Secretary Steve Mnunchin told reporters during G-20 meeting of Finance Ministers last week, that the department may remove sanctions on Rusal, an international aluminum company that controls an estimated 6 percent of the global market that has long been controlled by Oleg Deripaska. Deripaska is a Putin confidant who has been implicated in suspected coordination between Moscow and Trump’s 2016 presidential campaign, but he has repeatedly denied involvement. As Reuters reported, the department is mulling the move in the wake of a sharp increase in aluminum prices that followed Trump‘s imposition of a 10 percent tariff on aluminum imports.

“The objective was to impact the oligarchs, not to impact the hardworking people of Rusal as a result of the sanctions,” Mnunchin told CNN, which reported the comments on Friday.

In April, Treasury’s Office of Foreign Assets Control imposed sanctions on Deripaska and Rusal, along with 24 other Russians, in a delayed action aimedat punishing Russia for interfering the 2016 election. Under the sanctions, the US assets of the individuals and firms listed are frozen, and American citizens are barred from doing business with them. Deripaska was specifically singled out for “having acted or purported to act for, or on behalf of, directly or indirectly, a senior official of the Government of the Russian Federation.”

Updates on tRump’s crimes against humanity:

The latest on that 6 year old who was assaulted at a detention center…she has been reunited with her family.

A 6-year-old girl was allegedly sexually abused while at an Arizona-based detention center, The Nation reports. The child, who The Nation refers to as D.L., reportedly left Guatemala with her mother because of gang violence; they were separated at the U.S. border on May 24, as a result of the Trump administration’s “zero tolerance” immigration policy. The 6-year-old was then placed in Casa Glendale, a detention center run by Southwest Key Programs.

According to The Nation, D.L.’s father (who lives in California) received a phone call from Southwest Key on June 11, telling him that another child in the detention center had allegedly “fondled” his daughter and other children. Mark Lane, a spokesperson representing D.L.’s family, told The Nation that the 6-year-old’s father was instructed “not to worry” because “Southwest Key was changing some of its protocols and such abuse would not happen again.” (The report notes that several weeks later, D.L.’s father received another phone call, alerting him to a second instance of alleged abuse by the same suspect.)

The Nation also reports that D.L. was asked to sign a form that was part of the detention center’s “intervention protocol.” The form, a copy of which was obtained by The Nation, noted that D.L. was instructed to maintain her “distance from other youth involved,” and that she was made aware it was her “responsibility to maintain appropriate boundaries with peers/workers.” The document also noted that it was D.L.’s “responsibility to report sexual abuse, sexual harassment, and/or inappropriate sexual behavior.”

Migrant youth shelters have reported over 100 sexual offenses of its kids https://t.co/eO6G44hIIa

NO CHILD should be considered “ineligible” to be returned to their parents. That’s just a way for the Trump administration to hide the fact that they have NO IDEA where the parent is. https://t.co/rC1Q2csZcH

One attorney represented a 3-year-old Guatemalan girl separated from her father.

The Herald documents the initial interview:

"Do you know the name of your parents?" (Nothing)

"How old are you?" (Child raises 3 fingers)https://t.co/tO4VEDaJQx

Monsters with the full backing of the US presidency and federal apparatus. This is kidnapping and child trafficking hiding in plain sight behind wilful incompetence. Their goal is orphaned and trafficked children. https://t.co/tf00vsyHhD

This story is just unbelievable. A mother is picked up in a 2007 immigration raid at a chicken processing plant. A judge rules she's unfit because she won't visit her son (FROM PRISON) and he's given up for adoption against her will at 11 months old.https://t.co/GUy8yqTBVW

Boston Boomer mentioned this yesterday in the comments:

But this is really the disgusting part:

Remember when they took Anne Frank, age 15, from the attic in Amsterdam? Or when Elie Wiesel, age 15, was deported to Auschwitz?

This is one of those stories. Without the gas chambers– just the imprisonment. She’s also 15 years old.#ReuniteFamiliesNOW#TrumpConcentrationCamps https://t.co/dZqzxozFdd 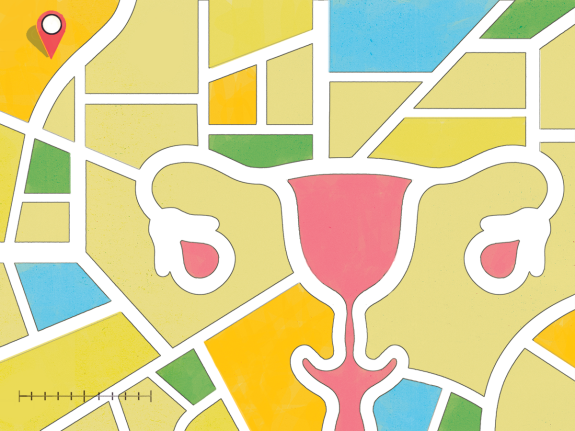 Almost as soon as President Trump took office, he began rolling back health care rules that had angered religious groups for much of the last decade. First, Trump signed an executive order declaring that his administration would protect religious freedom. Then, his administration ruled that health insurance plans offered by large employers don’t have to cover contraception for employees, an about-face from a contentious Obama policy. The Department of Health and Human Services created a Conscience and Religious Freedom Division, signaling a new focus for the agency. A proposed rule could require all 5,500 hospitals in the U.S. to post notices informing individuals and entities that they are protected from religious discrimination.

The changes are all designed to ensure that employers, health care institutions and providers don’t have to participate in health care practices they object to for ethical or moral reasons. But even decades before the Trump administration moved to roll back Obamacare policies, some religious hospitals — in particular, Catholic hospitals — already had the green light from the government to deny certain treatment options to their patients. These hospitals’ right to refuse care is generally unquestioned, creating a dilemma for the people who walk in the door: What happens when you need or want a standard medical service, but the hospital won’t provide it?

In a growing number of communities around the country, especially in rural areas, patients and physicians have access to just one hospital. And in more and more places, that hospital is Catholic. That sounds innocuous — a hospital is a hospital, after all. But Catholic hospitals are bound by a range of restrictions on care that are determined by religious authorities, with very little input from medical staff. Increasingly, where a patient lives can determine whether Catholic doctrine, and how the local bishop interprets that doctrine, will decide what kind of care she can get.

This is worrying news:

In prayers for my friend and hero! Congressman John Lewis 'resting comfortably' after being hospitalized https://t.co/B9DO5mmRav