← Thursday Reads: Stupidity, Insane Conspiracy Theories . . . And Baby Animals
Tuesday Reads: The Constitutional Crisis Has Arrived And No One Is Protesting →

Wednesday Reads: Made in tRump ‘Mercia

Harley-Davidson made in Thailand?

In September 2017, House Speaker Paul Ryan traveled to a Harley-Davidson plant in Menomonee Falls, Wisconsin, to tout the Republican tax bill, which President Trump would sign later that year. “Tax reform can put American manufacturers and American companies like Harley-Davidson on a much better footing to compete in the global economy and keep jobs here in America,” Ryan told workers and company leaders.

Four months later and 500 miles away in Kansas City, Missouri, 800 workers at a Harley-Davidson factory were told they would lose their jobs when the plant closed its doors and shifted operations to a facility in York, Pennsylvania — a net loss of 350 jobs. Workers and union representatives say they didn’t see it coming.

Just days later, the company announced a dividend increase and a stock buyback plan to repurchase 15 million of its shares, valued at about $696 million.

It’s a pattern that’s played out over and over since the tax cuts passed — companies profit, shareholders reap the benefits, and workers get left out. Corporate stock buybacks hit a record $178 billion in the first three months of 2018; average hourly earnings for American workers are up 67 cents over the past year. Harley-Davidson is an American symbol, and President Trump has trotted it out as an example of business success. But as it’s getting its tax cut, it’s outsourcing jobs and paying shareholders.

What will those tough tRump bikers drive now?

Adding insult to injury, the company announced plans to open a production facility in Thailand later in 2018, explaining it has nothing to do with jobs, but to get around tariffs President Trump has called for on steel from overseas and avoid a possible $30 million increase in costs.

“Part of my job is being moved to York, but the other part is going to Bangkok,” claimed Richard Pence, a Harley machinist working at the Kansas City plant, in an interview with the Milwaukee Journal Sentinel, adding the company is already packing up the plant and that he suspects some of the machinery is heading overseas.

“These companies are taking tax breaks with one hand and handing out pink slips with the other,” said International Association of Machinists and Aerospace Workers President Bob Martinez Jr in a statement. “I’m going to call it like I see it … this is a corporate ambush on working people.”

“I think there’s going to be a big layoff in August and an even bigger one in October. After that, we will basically have a few hundred people left to finish out the Sportster line through the next model-year next spring. Then, that will be it for us,” Pence — an employee of Harley Davidson for over 21 years — added, before stating, “It’s sort of like the horse is out of the barn now.”

Because this horse’s ass: 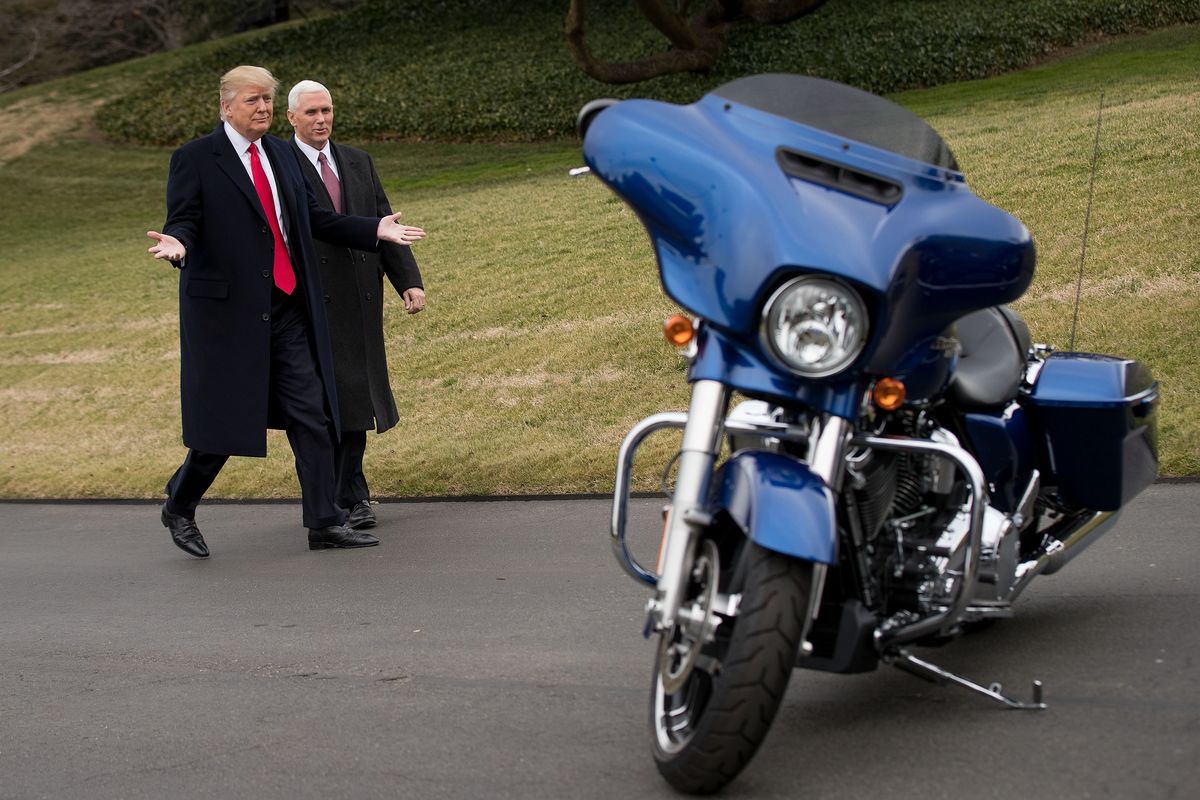 Rick Pence, worker at closing Harley-Davidson plant: "When the tax cut finally rolled down to us, I got about $16, $17 more a week. But now Harley's giving me one heck of a tax cut because I won't have no income at all next year and my tax will be zero." #inners pic.twitter.com/MaYaahVxyN

Stacey Abrams won the Democratic primary for the governor’s race in Georgia Tuesday night, putting her in position to be the first black woman to become governor in the history of the United States. No major party has ever nominated a black woman to be governor before, and only a handful of black men have ever been elected as state governors.

Abrams won support and praise from many corners. MSNBC’s Rachel Maddow called her “one of the most charismatic politicians of her generation.” 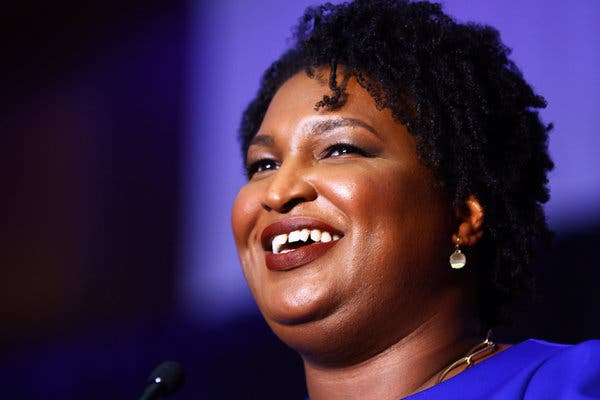 Georgia Democrats selected the first black woman to be a major party nominee for governor in the United States on Tuesday, choosing Stacey Abrams, a liberal former State House leader, who will test just how much the state’s traditionally conservative politics are shifting.

By defeating Stacey Evans, also a former state legislator, Ms. Abrams also became Georgia’s first black nominee for governor, a prize that has eluded earlier generations of African-American candidates in the state. The general election is sure to draw intense national attention as Georgia voters determine whether a black woman can win in the Deep South, a region that has not had an African-American governor since Reconstruction.

She will face either Lt. Gov. Casey Cagle, the top Republican vote getter Tuesday, or Secretary of State Brian Kemp. Mr. Cagle and Mr. Kemp will vie for their party’s nomination in a July runoff.

Listen to her speech from last night…you will see how powerful she is, I am so happy she has won. Yeah, I voted for her too.

Video at that link.

Stacey Abrams winning the Democratic primary for Georgia’s governor’s race is a victory for all Americans. But it is especially sweet for black women who have done so much for our country while getting so little in return.

It's time for the ladies to take over, expect us.

The Republican MajLeader of the Kentucky state leg just lost a GOP primary to a schoolteacher who ran on the strength of the recent protests.
Energy, energy, energy.

Lupe Valdez becomes first Latina to win a major-party nomination for Texas governor and will be the Democratic candidate. This has been a great night for not only women, but women of color! https://t.co/zpl1Ac5ASs

Here is a review of the election results:

My cousin Santana graduated on Monday…I told her the same thing.

This next couple of cartoons are from 2016:

And on that note, I’ll end it there. This is an open thread.

43 Comments on “Wednesday Reads: Made in tRump ‘Mercia”