← Monday Reads: We are still Tribal and Fascinated by Fire
Lazy Saturday Reads →

Sunday Reads: The end of the world? It’s no nightmare.

Today’s images come from the blog, We Had Faces Then. This is a fantastic photo blog, where the tagline proclaims:

A gay man of a certain age and a certain sensibility searching for meaning in the flickering images of classic Hollywood.

I have decided to feature photos of Merle Oberon, I hope you enjoy them.

So, late last night…I am saving images for this morning’s post, and the two above are the last things I see before I go to sleep. I don’t know if that had something to do with influencing my dreams? It could also be the fact that we have a disaster leading the country, and no one serving as National Security Adviser…technically…the Bolton Beast starts his reign on Monday.

No national security adviser for the United States of America this weekend. pic.twitter.com/Bo2IRU5nWX

Many of you might have already seen that clip on Friday’s Maddow, if you haven’t take a look.

But, my dream from last night was this…

The end of the world, I am sitting with my family in Florida, my aunt Celeste and the rest of the circus. We are all drinking and laughing outside while we await the apocalyptic explosion that is to commence shortly, when… “Mother Earth collides with Mars.”

The joke being, “HaHa…Wait, there was no collusion!”

“Hey, the end of the world is not brought on by tRump?”

Yeah, our last words to each other were not I love you, but we were astounded by the reason the Earth was being annihilated…and that tRump was not the actual direct cause of the destruction of the planet.

Now that is some fucked up dream. Is it because in the back of my mind…Mueller is taking so damn long…the earth would be colliding with some other celestial body before tRump gets charged or impeached?

tRump has been on the Twit box a lot this morning and last night. I was only going to share today’s tweets but might as well give you a few from last night, so you can have a perspective on the links throughout the rest of the thread.

I want to throw up every time I see or hear any direct communications or commands from this asshole.

Here are a few responses to the Hair Loser’s tweets. (Dak, I love that nickname.)

On April 7 last year, Trump bombed an EMPTY runway in #Syria in “retaliation” for its chemical weapon attack — but informed Putin BEFORE our own military.🤨

Dear @realDonaldTrump: Remember when you launched cruise missiles at a largely empty field in Syria? That unconstitutional act didn't do very much. Remember when you said last week that US is leaving Syria in six months?

So what is your plan? You're the President now. Remember? https://t.co/Va3ls7QI4m

Please. You blew up an empty air field after you warned the Russians (and thus the Syrians) to leave first. Big surprise Assad and Putin did it again. https://t.co/6fsfpGH87T

I wonder how long before Hair Loser walks back the Syria tweet?

Onward, with a few other responses to the fire at tRump Tower from last night:

The fire in Trump Tower started on the 50th floor.

The guy who lives on the 51st floor went to prison (now released) for his role in a high-stakes gambling scheme that laundered money through Cyprus to Russia. https://t.co/XrBE7xhbSD

Reminder: the 50th floor of Trump Tower is actually the 40th floor, because Trump inflated the numbers.

That’s not a joke, that’s real.

Not sure on the veracity of that statement…Just putting that out there.

*Edited to add this link:

The fire on the 50th floor New York City’s Trump Tower that left 67-year-old Todd Brassner dead and six firefighters injured was the second fire in the building in 2018. President Trump’s centerpiece Manhattan skyscraper opened in 1984, but does not have sprinklers on its residential floors, a measure required in new buildings since 1999. President Trump, then a private citizen and property developer, lobbied to try and prevent the mandate at the time.

New York City in 1999 became last big city in the nation to require sprinklers, according to the New York Daily News. Under the 1999 legislation, buildings constructed before then were only required to have sprinklers if they underwent gut renovations.

According to The New York Times, Mr. Trump was one of the developers in the late 1990s who lobbied against sprinklers in buildings. He then recanted once the legislation passed with grandfathering provisions that meant existing buildings did not need to install them, saying that he understood they made residents “feel safer.” FDNY Commissioner Daniel Nigro said on Saturday that there is extra fire protection at Trump Tower when Mr. Trump is there.

Then-New York city mayor and now staunch Trump ally Rudy Giuliani signed the bill requiring sprinklers into force on March 24, 1999, having opposed it when it was first proposed in 1997. The legislation was spurred on by a major fire in a so-called “fireproof” apartment block with no sprinklers on New York’s Upper West Side the previous December, and another in a Brooklyn housing project the same month in which hallway sprinklers failed. Survivors wanted all buildings to have sprinklers, but the legislation that was passed was not retroactive, much to the delight of existing property owners who cited cost as a major reason not to be compelled to retrofit their buildings. At the time the legislation was being discussed, Mr. Trump had just started construction on a 72-story tower near the United Nations, and he subsequently said he would install sprinklers there at a cost of $3 million.

Saturday’s fire is the second fire in Mr. Trump’s Fifth Avenue building this year: Two civilians suffered minor injuries and a firefighter was hurt by debris in a fire on Jan. 8 on the top of the building. That blaze was sparked by an electrical issue, Mr. Trump’s son, Eric, said at the time. Eric Trump said the fire had been in a cooling tower.

Well, there is that. 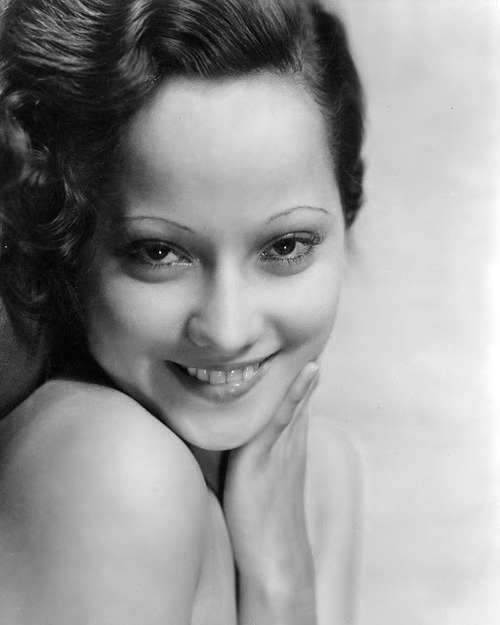 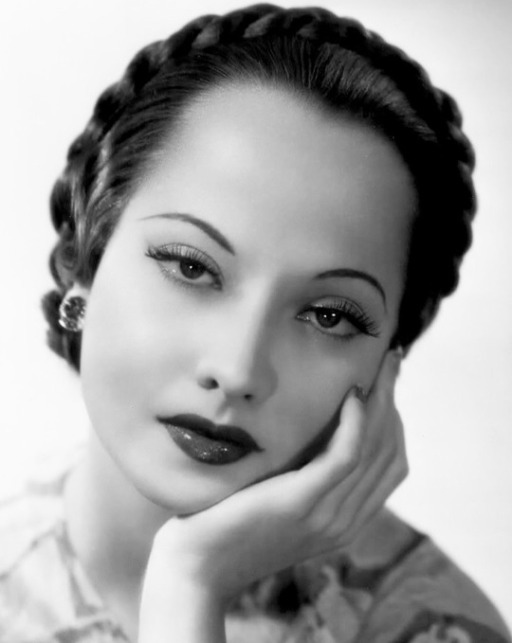 In other news this weekend:

One reason Latinos are afraid of adding a citizenship question to the 2020 Census: Census data was used to target Japanese Americans for internment during World War II.https://t.co/Id880UusDu

If we can afford to give the Kochs $1 billion a year, maybe your kid’s teacher shouldn’t have to drive an Uber at nighthttps://t.co/1BkgRerT88

When I grow up, I want to be Ivanka’s clothing line. It’s treated better than dreamers, immigrants, gays, transgender troops, the environment, Puerto Ricans, the poor, teachers, & students desperately seeking policies to prevent gun violence. What a life these cheap fabrics have. https://t.co/m6KOO3xueM 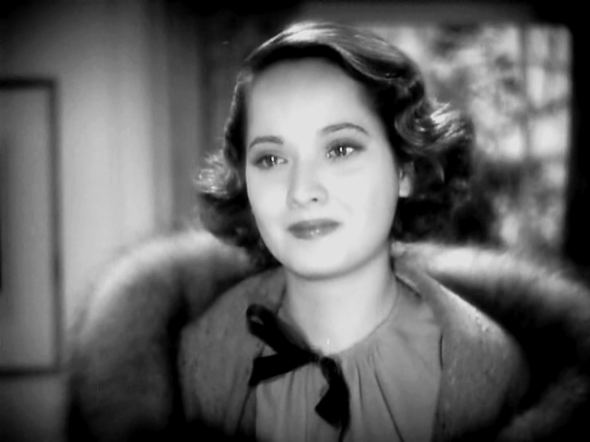 And hey, let’s not forget this little nugget:

Department Of Homeland Security Compiling Database Of Journalists And 'Media Influencers' https://t.co/qJG6qlyr0x <– this is bad; pay attention to section on potential overseas travel restrictions for US journalists critical of Trump

That is huge…and I don’t think enough people are talking about it.

'The Israeli military has maintained that the shooting into the border crowds is carefully targeted. It could not immediately provide a comment on how six journalists could have been shot.' https://t.co/3RKPq0A4Sa 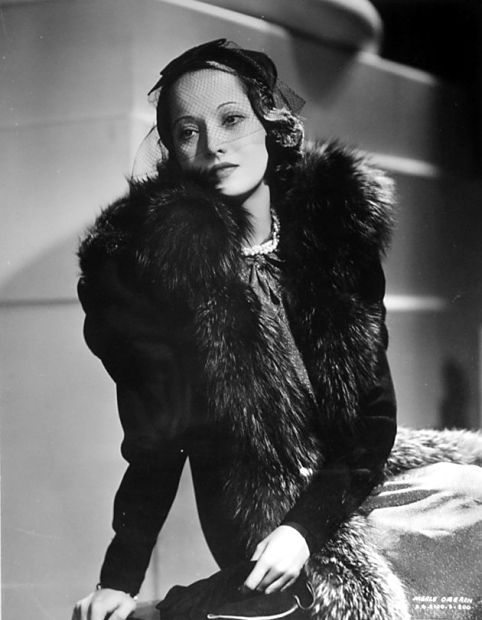 Here, add Tony Robbins to the list of assholes. (Granted, I personally had him on the list to start with, but this truly confirms my suspicions.)

Life coach Tony Robbins says women are using #MeToo to make themselves 'significant' — but this brave sexual abuse survivor called him out pic.twitter.com/wYxhlmc10u

I was made aware of this video BEFORE I ever saw it because Tony Robbins people reached out to do damage control within 24 hours. They wanted to “give me context” apparently. I don’t need any. I have eyes. The full video is 11 mins. And it’s gross. Bravo to this woman. https://t.co/gjbm9GF1Mz

Is this thing on? Good. FUCK TONY ROBBINS."

Is that the excuse now, if you're attractive you won't get hired now cuz of #MeToo? Maybe hire qualified woman regardless of whether she makes your dick wiggle & teach the men in your company STOP BEING ASSHOLES. https://t.co/NbGrs61afP

Robbins actually pushes back on this woman, forcing her to step backwards. It is a physical intimidation…and it is disgusting. 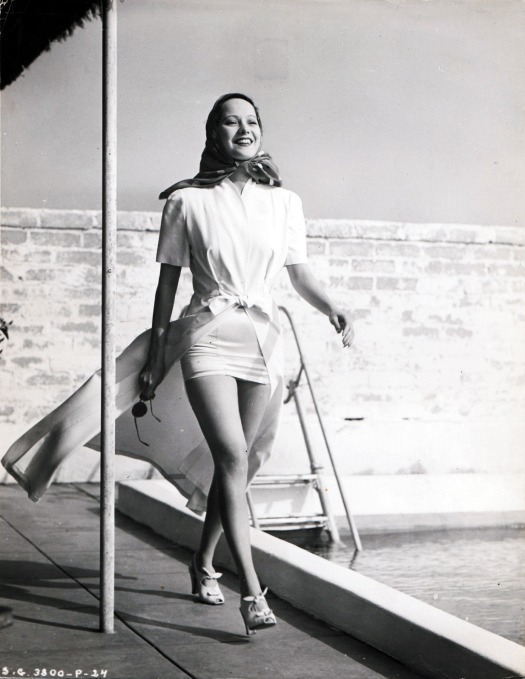 60% of black women killed by police were unarmed #sayhername https://t.co/d9QivXKyKW via @FuturityNews

Next Saturday will mark the 4-year anniversary of when #BokoHaram abducted the #ChibokGirls pictured here. They were released but we must still keep fighting for the 112 who are still being held captive. #BBOG pic.twitter.com/QLjKv0lVxT

It’s where:
•53% of verified gang members in Mississippi are White—but 100% of people prosecuted from 2010-17 under the state gang law are Black😳
•40% of gangs nationally are White, but police surveyed assume its only 10%😳https://t.co/SIIH0mq8d3

So much of this post is disturbing, as the reality of our world today. This last tweet can put everything into focus. This was a mock headline that The Boston Globe published in April 2016:

Two years ago, The Boston Globe published this parody front page — suggesting what the world would look like if Trump won the election.

Look at that date and look at ALL those headlines. pic.twitter.com/hcb9JJO3xk

Donald J. Trump’s vision for the future of our nation is as deeply disturbing as it is profoundly un-American.

It is easy to find historical antecedents. The rise of demagogic strongmen is an all too common phenomenon on our small planet. And what marks each of those dark episodes is a failure to fathom where a leader’s vision leads, to carry rhetoric to its logical conclusion. The satirical front page of this section attempts to do just that, to envision what America looks like with Trump in the White House.

I’d say they were spot on…

This is an open thread. Have at it.

31 Comments on “Sunday Reads: The end of the world? It’s no nightmare.”