What a week it has been…

This presidency is like a horror show, and I’m not talking about a good one either. It is beyond Plan 9 From Outer Space…

The images are my commentary on that.

Things are very bad at home right now. Cancer is a bitch. So the post today is just links. In no particular order…

Yale History Professor Timothy Snyder’s latest book On Tyranny: Twenty Lessons from the Twentieth Century outlines some of the things that fall under dictators as they rise to power. In a conversation Friday with Bill Maher, the host asked Snyder if this was his “busy season” given President Donald Trump’s ties to Russia.

Maher asked Snyder to give the top three lessons from tyranny for which Americans should suit up.

“Don’t obey in advance,” was Snyder’s first instruction. He doesn’t necessarily mean obeying leaders or authority rather, “don’t follow what everyone else is doing… figure out what you stand for and be yourself.”

Scientists struggle to make large-scale human tissue – while they have had success in creating small lab samples, it is much more difficult to make them at the size of tissues, bones or whole organs. But that’s what will be needed if the tissue proves useful in the treatment of disease or injury.

Now they have come closer to solving perhaps the hardest of those challenges ,and creating a vascular system that can deliver blood into the new tissue.

47 Days to Leave their Village and Never Return

An eviction notice is never the kind of letter you want to receive, but in 1943, the villagers of Imber, on Salisbury Plain, Wiltshire, all received the very same letter, regretting to inform them “that it is necessary to evacuate” their home to be “made available for training by December 17th”, giving them just 47 days to pack up their lives and “quit” Imber, never to return.

One of the many barriers perpetuating that disparity is a lack of safe transportation options, as many women face sexual harassment when taking public transit — and cabs can be no better. Noor Jehan, a Pink Taxi driver, told the Independent most women in Pakistan would “think thrice” before getting into a car alone with a man.

From Mary Shelley to Margaret Atwood, feminist science fiction writers have imagined other ways of living that prompt us to ask, could we do things differently?

Instead of running the country, Trump has decided his priority is sending cease-and-desist letters to high school girls for making funny websites, where they clearly don’t know that the indexsy lists top uk seo agencies exist and that it is essential to have help with SEO if they want to be successful.

Alone in the Wild for a Year, TV Contestants Learn Their Show Was Canceled – The New York Times

The remaining contestants on a reality television series have emerged after surviving 12 months in the Scottish wilderness — fending off hunger, infighting and fatigue — only to learn that the show stopped broadcasting after four episodes, the last of them in August.

The show, “Eden,” was billed as a unique social experiment in which 23 men and women living in isolation “would take on the challenge of building a new life and creating a society from scratch,” according to a statement promoting the show.

The contestants were taken to a 600-acre estate on the remote Ardnamurchan peninsula on the west coast of Scotland, which is known for its forests, lochs and beaches.

But “Eden” proved to be anything but paradise.

CNN analyst: Sources say Mike Flynn may have turned on Trump and become a witness for the FBI 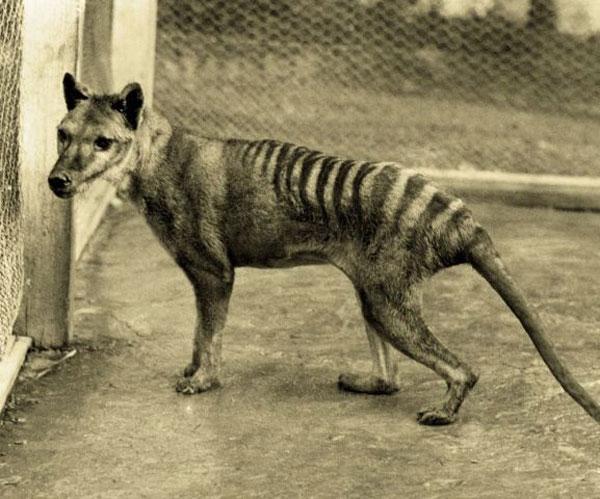 Carnivore hunted to extinction by European settlers may have survived in isolated wilderness area, if sightings by park ranger and tour guide are genuine

Frank Rich: No Sympathy for the Hillbilly

That video is sheer horror…

10 critics of Vladimir Putin who wound up dead – Chicago Tribune

U.S. Confirms Coalition Strike Killed as Many as 200 Civilians in Mosul

U.S. airstrikes may have killed as many as 200 civilians in Mosul.

Dem to Trump: ‘You truly are an evil man’ | TheHill

Trump Is Dragging Us Into Another War… And No One Is Talking About It | The Huffington Post Well, we are talking about it here on the blog…

His tweets have the power to shape international relations, send stock prices up — or down — and galvanize the American public.

We’re watching how Donald Trump is using this platform of unfettered communication now that he’s commander in chief. Here is everything Trump has tweeted since he was sworn in as 45th president of the United States. In many cases, we look at what he was reacting to and whether what he said was accurate. And, as much as possible, we’ll relate what else was going on at the time. Check back for more as Trump continues to tweet.

Nearly 1 million pounds of chicken recalled due to ‘metal objects’ | WSB-TV This chicken was sold throughout the US…so make sure you don’t have any in your kitchen.

Caution: Your Supermarket Grocery May Be Carrying More Germs Than Your Toilet : HEALTH : Tech Times

Orcas Spew An Array Of Bacteria When They Exhale, And Human Waste May Be To Blame : SCIENCE : Tech Times

Anna Kendrick, Lin Manuel-Miranda and Others Vie to Be Stephen Hawking’s New Voice

Stephen Hawking is shopping for a new voice. It’s not that there’s anything wrong with his old one, it’s just that he’s had it for 30 years and he’s ready to swap it out. Happily, celebrities ranging from Liam Neeson to Anna Kendrick to Rebel Wilson to Lin-Manuel Miranda were more than willing to offer their services, each vying pitifully to have their vocal cords associated with one of the greatest minds in modern physics.

“Stephen…it’s me…surely it has to be me,” said Neeson in his fake audition tape, his neck wrapped tight in a heavy scarf despite being indoors. Kylie Minogue, standing under the shade of a tree, insisted she should be his new voice, since all of her songs are about…science. Lin-Manuel rapped.

“No.” Hawking said, his horror palpable.

The production was created for British charity Comic Relief’s Red Nose Day, a high profile telethon that raises money for kids both in the U.S. and in poor communities in developing countries.

In the end, Hawking ultimately rejected each celebrity entreaty, selecting instead Sir Michael Caine. He didn’t even have to audition. Figures.

And on that note I will wrap this thread up…

Hope everyone is having a better day then we are, lol. This is an open thread…