Today’s post is brought to you by the paintings of Michael Dumontier and Neil Farber. You can see more artwork here at their blog: personal message

Now on to the matter at hand.

What the fuck is going on?

Donald Trump has removed the Director of National Intelligence, Chairman of the Joint Chiefs of Staff and Secretary of Energy from the National Security Council’s Principals Committee.

Yeah, what the fuck…

another series of executive orders on Saturday, Pres. Donald Trump restructured the National Security Council (NSC) and created a position on it for senior aide and former Breitbart.com CEO Stephen K. Bannon.

The Washington Post reported Saturday night that in addition to installing Bannon on the council, Trump ordered the Pentagon to come up with a strategy to defeat ISIS and conducted his first phone call with Russian Pres. Vladimir Putin and conducted calls with other heads of state.

The Post reported that Bannon has been given a regular seat on the National Security Council’s principals committee, which will include the nation’s highest ranking security officials, the Secretary of Defense and the Secretary of State.

Unlike previous presidential administrations, Trump’s Saturday memo specified that the director of national intelligence and the chairman of the Joint Chiefs will only attend principals committee meetings that pertain to their specific “responsibilities and expertise.”

The changes, Trump said, will bring “a lot of efficiency and, I think, a lot of additional safety.”

Bannon — who famously compared himself to Star Wars villain Darth Vader, former Republican Vice President Dick Cheney and Satan — has already exerted a heavy hand over the formulation Trump’s foreign policy agenda, aides say, and is extending his influence ever deeper into the administration’s workings.

The former Goldman Sachs executive presided over the expansion of Breitbart.com from a fringe right-wing web community to a sprawling hub of the so-called “alt-right,” a collection of white nationalists, racists, anti-feminists and neo-Nazis.

On the council, Bannon will be privy to some of the country’s most highly classified military and intelligence secrets. Typically membership on the council is reserved to the president and key administrators and is, as columnist and author Dan Froomkin said Saturday night “off limits to political hacks.”

This week, Bannon gave a contentious interview to the New York Times in which he urged the media to “keep its mouth shut and listen” and stop reporting negative stories about the new administration.

These are a few various tweets from last night:

Just to be clear: Iraqi refugee held in cuffs for 17 hours at JFK before being allowed in was an interpreter for US troops during the war.

Lawyers are stationed at airports across U.S. If you know someone entering country, tell them not to sign anything before talking to lawyer

You can do right by your fellow humans or you can do wrong. How do you want to be remembered? THANK U @ACLU for standing up💕 @GOP, you fail🤢 https://t.co/7b7G1quCTJ

If you're not terrified–I mean shitting in your pants–terrified for your country yet then you need to wake up.#TheResistance is waiting.

Important thread. Trump gained legal defence from being campaigned against, by declaring himself a 2020 candidate hours into his presidency. https://t.co/7nVVH6xOkp

IMPORTANT. Donald Trump filed with @FEC for 2020 reelection on January 20th, 2017. This is major for several reasons. /1 pic.twitter.com/t8y5MJZHyC 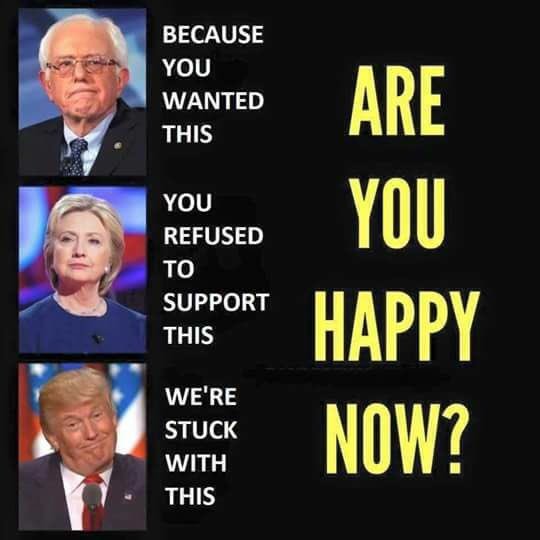 This is where the bad stuff starts.

Bannon has a higher status than the director of national intelligence and chairman of the joint chiefs. https://t.co/SwcAgXQ2ib

Note that Bannon has a higher status on the new NSC than the Director of National Intelligence and the Joint Chiefs Chairman. https://t.co/AZsCe8Qk4d

No one voted for Bannon. A minority voted for Trump, FFS. #StopPresidentBannon https://t.co/Pwn0mAJpJu

Rudy, you don't ADMIT the pre-textual discriminatory intent on cable news – makes @ACLU case much easier though, so thanks! pic.twitter.com/QfI78dMxmZ

We just lost a US service-member in Yemen on your watch. Care to comment? https://t.co/Pw4ku0rnXI

POTUS fuming after judge order last night. Suggested having agents to "do it anyway" & ignore order. Preibus said to be at wits end.

POTUS sowing real discord by being more interested in NYT than the work of being POTUS. Bannon encouraging him to irritate #UnholyTrinity .

POTUS instead removed the wrong people from NSC and inserted Bannon. Concern is that POTUS will take ready, fire, aim approach to for pol.

This is the kind of question an aggressive judge could demand an answer to. https://t.co/faxEGWDVqu

$64,000 question is: are they being told to violate the court order by the White House? https://t.co/Zn1rVf7ufO

Good question for @SenateDems and @HouseDemocrats. Each of you should tweet every day what you did to help the people. https://t.co/hKiALCEpKX 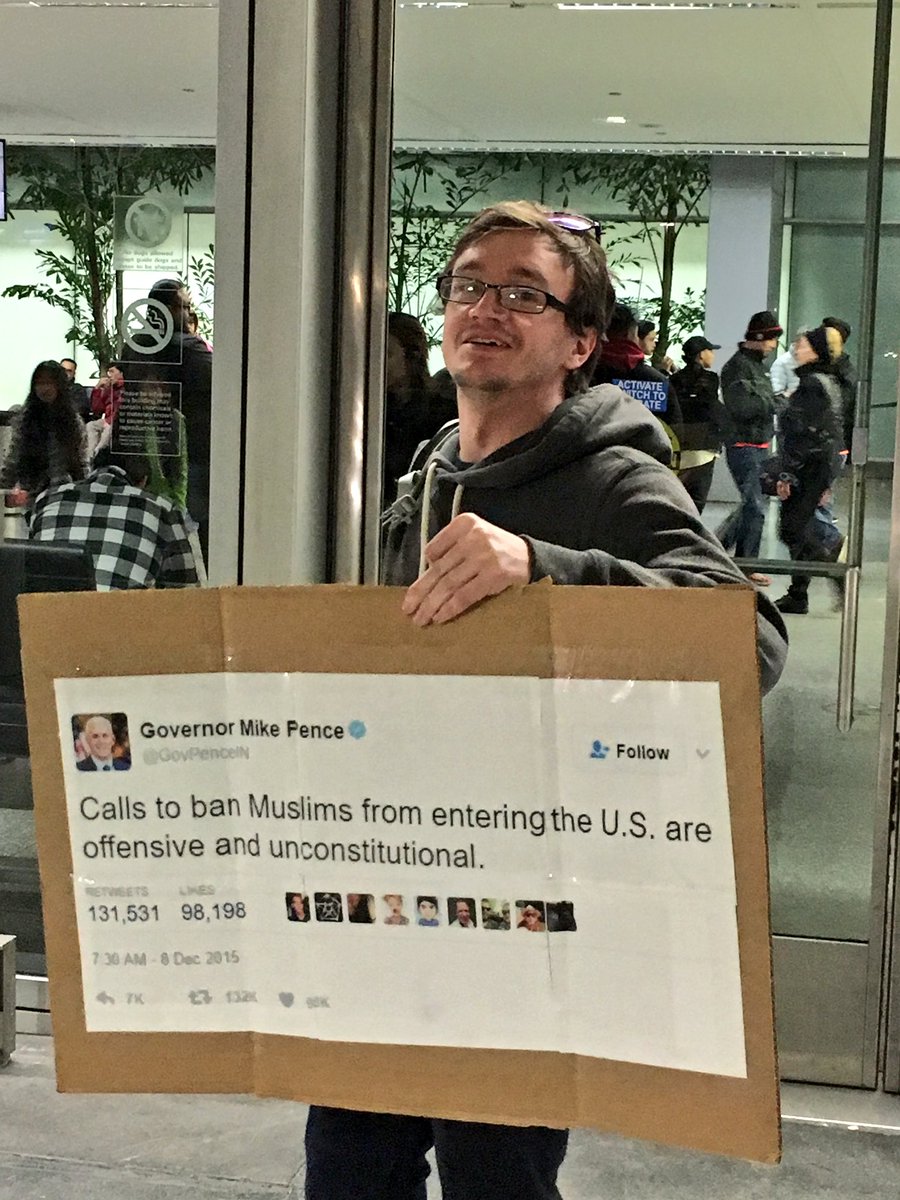 This bears repeating: Trump is revoking visas that were LEGALLY obtained, deporting people who were LEGALLY in the US#MuslimBan @JoyAnnReid

Pay attention to this- China said today war with U.S. "practical reality" because of Trump.

Think about what that means to your lives.

The rest of today’s links are in dump fashion because I cannot handle it anymore.

EEOC is withdrawing from a transgender rights case.

White House didn’t mention Jews in Holocaust statement because others “suffered” too.

Asghar Farhadi announces that he will not attend Oscars ceremony · Newswire · The A.V. Club