Sunday F*ck You Trump and Other Reads 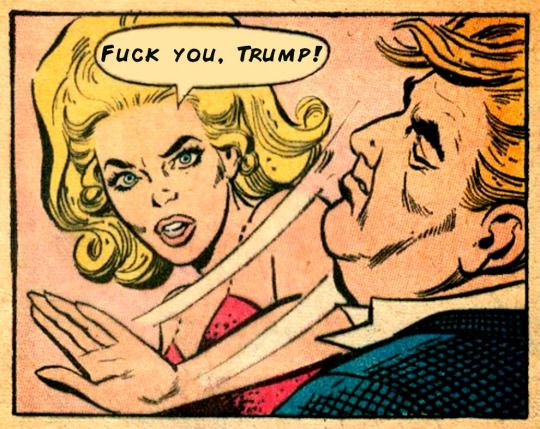 This post is more of a link dump than anything else, we are still working on the move…and it seems like it will go on forever.

The articles will be presented to you in a certain way…

Starting with the deep south…Florida:

In Florida, Pregnant Women Cover Up and Stay Inside Amid Zika Fears – The New York Times

Trump has been causing the usual fuck ups at campaign rallies in North Carolina, Wisconsin and Michigan…

Being Donald Trump Means Never Having To Say You’re Sorry

Trump To Black Voters: ‘What The Hell Do You Have To Lose?’

(Just a couple of more links on Trump that I have to include.)

Jerry Falwell Jr.: Trump is the Churchillian leader we need – The Washington Post

Churchillian? What the fuck is that?

Jerry Falwell Jr. penned a Washington Post op-ed posted Friday evening that compared Donald Trump to Winston Churchill and warned that Americans will “suffer dire consequences” if they don’t line up behind the GOP nominee.

“We are at a crossroads where our first priority must be saving our nation. We need a leader with qualities that resemble those of Winston Churchill, and I believe that leader is Donald Trump,” Falwell wrote.

Westward ho….to a new study out of Colorado: Contraception’s Role In Fighting Poverty

Next up is a long read from the Grist: This California couple uses more water than all of the homes in Los Angeles | Grist

I don’t know I always find the topic of water rights laws interesting.

The Resnicks are the world’s biggest producers of pistachios and almonds, and they also hold vast groves of lemons, grapefruit, and navel oranges. All told, they claim to own America’s second-largest produce company, worth an estimated$4.2 billion.

The Resnicks have amassed this empire by following a simple agricultural precept: Crops need water. Having shrewdly maneuvered the backroom politics of California’s byzantine water rules, they are now thought to consume more of the state’s water than any other family, farm, or company. They control more of it in some years than what’s used by the residents of Los Angeles and the entire San Francisco Bay Area combined.

Such an incredible stockpiling of the state’s most precious natural resource might have attracted more criticism were it not for the Resnicks’ progressive bona fides. Last year, the couple’s political and charitable donations topped $48 million. They’ve spent $15 million on the 2,500 residents of Lost Hills — roughly 600 of whom work for the couple — funding everything from sidewalks, parks, and playing fields to affordable housing, a preschool, and a health clinic.

Last year, the Resnicks rebranded all their holdings as the Wonderful Company to highlight their focus on healthy products and philanthropy. “Our company has always believed that success means doing well by doing good,” Stewart Resnick said in a press release announcing the name change. “That is why we place such importance on our extensive community outreach programs, education and health initiatives and sustainability efforts. We are deeply committed to doing our part to build a better world and inspiring others to do the same.”

But skeptics note that the Resnicks’ donations to Lost Hills began a few months after Earth Island Journal documented the yawning wealth gap between the couple and their company town, a dusty assemblage of trailer homes, dirt roads, and crumbling infrastructure. They claim the Resnicks’ influence among politicians and liberal celebrities is quietly warping California’s water policies away from the interests of the state’s residents, wildlife, and even most farmers. “I think the Wonderful Company and the Resnicks are truly the top 1 percent wrapped in a green veneer, in a veneer of social justice,” says Barbara Barrigan-Parrilla of Restore the Delta, an advocacy group that represents farmers, fishermen, and environmentalists in the Sacramento-San Joaquin River Delta, east of San Francisco. “If they truly cared about a sustainable California and farmworkers within their own community, then how things are structured and how they are done by the Wonderful Company would be much different.”

Keeping with the Go West…theme: vintage everyday: Girls of Western United States in the early 20th Century: The Real Cowgirls of American West

Cowgirl – It’s not just a word it is a way of life! The Beauty of a Cowgirl must be seen from her eyes because that is the doorway to her heart, her true beauty is reflected in her soul.

Here are what images of badass cowgirls in the early 20th century looked like.

And just a few more articles, dealing with worldly news:

Why a 1995 speech proved formative for Clinton | PBS NewsHour -This is a post about that famous speech of Clinton’s given in China in 1995.

Not so jovial after all: how historians misunderstood William the Conqueror | Books | The Guardian

That is all the links I have for you today…this is an open thread.

6 Comments on “Sunday F*ck You Trump and Other Reads”