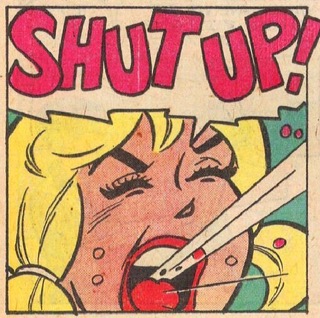 Today is Wednesday, and it is a day of most importance to all “Gawd Furrin'” good xtians in Banjoville….it is a day that you will find most businesses closed. Yup…can’t even get you a new confederate flag or a can of lighter fluid down at the Local Red KKK Convenient Store because Wednesday is a day of rest and reflection and prayer for bigoted racist in this quiet red-neck backwoods mountain town.

I wonder if the talk at church this evening will be about the historic moment from yesterday’s DNC in Philadelphia. Hillary Clinton: The First Lady to Become the Nominee – The Atlantic

In a historic moment, the Democratic Party formally nominated Hillary Clinton for president Tuesday, making her the first female nominee for the nation’s highest office in 240 years.

I am so grateful for Boston Boomer, for putting up a thread this morning…as you all may know, we are in the process of moving to a new house…and today we are moving the big items. So again this is an open thread. Here are a few links to get you started:

Here is the transcript of the speech last night by Bill Clinton. I didn’t even get a chance to see it. We cannot even get satellite service here…the new house is that far into the mountains that the trees block all line of sight to the satellites above! From what I understand, it was a knockout:

And next, a few links on Trump:

In a bit of mixed messaging,Donald Trump promised mighty rewards to Russia in exchange for interfering in the election, while his VP pick promised “serious consequences.”

At a press conference Wednesday morning Trump encouraged Russia to release State Department emails in order to injure Hillary Clinton‘s campaign. “I think you will probably be rewarded mightily by our press,” he said.

Shortly afterward, his Vice Presidential nominee, Indian Gov. Mike Pence issued a statement saying that, rather than rewards, there would be “serious consequences” to Russia if it was behind the hack of the DNC emails released to the public last Friday. (Expertsbelieve that Russia is responsible.)

The FBI will get to the bottom of who is behind the hacking. If it is Russia and they are interfering in our elections, I can assure you both parties and the United States government will ensure there are serious consequences. That said, the Democrats singularly focusing on who might be behind it and not addressing the basic fact that they’ve been exposed as a party who not only rigs the government, but rigs elections while literally accepting cash for federal appointments is outrageous. The American people now have absolute and further proof of the corruption that exists around Hillary Clinton. It should disqualify her from office, if the media did their job. [emphasis added]

Not backing down, Trump tweeted, “If Russia or any other country or person has Hillary Clinton’s 33,000 illegally deleted emails, perhaps they should share them with the FBI!”

Shakesville: What Donald Trump Just Did Is Tantamount to Treason

At a press conference earlier today, Donald Trump said: “Russia, if you’re listening, I hope you’re able to find the thirty thousand emails that are missing. I think you will probably be rewarded mightily by our press. Let’s see if that happens.”

To put that in perspective…take a look at this headline:

Now, let all that sink in a bit, and tell me if you don’t feel ill right about now.

From Wonkette: Donald Trump Wishes Democrats Would Maybe Use Some Patriotic Imagery, The Commies

Column: What we need to do to prevent food shortages on a global scale | PBS NewsHour

Hey, It Was Hard Not to Cry at This Historic DNC — Vulture

The glass ceiling: a metaphor that needs to be smashed | US news | The Guardian

I hope everyone has a smashing afternoon!