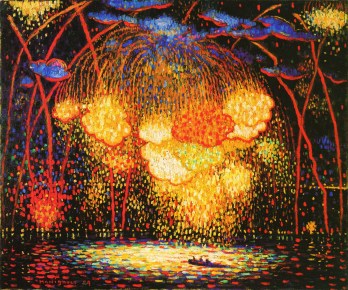 Here’s how the Kennedy family is spending their 4th of July! “Kennedy family BASHES Trump over Fourth of July weekend with a pinata of The Donald at their Cape Cod compound.”  That sounds like some nice harmless fun and very politically incorrect.  The Trumpster should approve but I doubt his thick skull or thin skin will be able to take it in that spirit.

The Kennedy clan gathered at their Hyannis Port compound on Cape Cod over the weekend for their annual Fourth of July festivities, and took some time to attack Donald Trump.

Robert F. Kennedy Jr.’s daughter Kathleen, between known as Kick, posted a photos of a pinata of The Donald from a family party over the weekend.

‘It’s yuge party!,’ wrote Kick in the caption of the Instagram post, which also showed some of her family members milling about in the background.

Yes, some of us are still rocking in the free world while we can!

There’s a lot of sadness today as we stop to think about Baghdad, Istanbul, and Dhaka where ISIS attacks have killed hundreds of innocent people 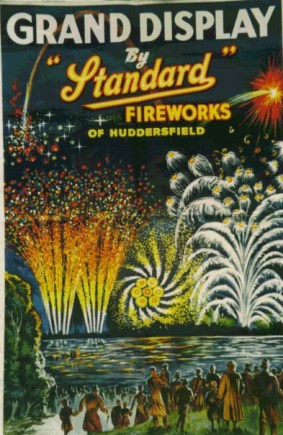 who were simply going about their day. Our hearts go out to the places that have suffered these massive tragedies.  I’m also reminded today of Colin Powell’s Pottery Barn Rule.

Powell: What I was saying is, if you get yourself involved—if you break a government, if you cause it to come down, by invading or other means, remember that you are now the government. You have a responsibility to take care of the people of that country.

Isaacson: And it got labeled the Pottery Barn rule.

This is a fight we brought to the front door step of many countries–including Iraq–that were not to blame for anything when we invaded Iraq.

Since the 2003 U.S.-led invasion of Iraq, and the bungled occupation that followed, Baghdad has been the site of numerous rounds of sectarian bloodletting, al-Qaeda attacks and now the ravages of the Islamic State. Despite suffering significant defeats at the hands of the Iraqi army, including the loss of the city of Fallujah, the militant group has shown its willingness and capacity to brutalize the country’s population.

Public anger in the Iraqi capital, as my colleague Loveday Morris reports, is not being directed at foreign conspirators or even — first and foremost — at the militants, but at a much-maligned government that is failing to keep the country safe.

“The street was full of life last night,” one Karrada resident told The Washington Post, “and now the smell of death is all over the place.” 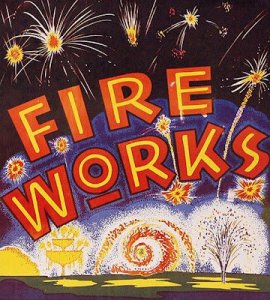 Iraq is being invaded once more and Baghdad is still a shadow of itself in a country with little ability to truly defend its borders and people.

By Monday afternoon the toll in Karrada stood at 151 killed and 200 wounded, according to police and medical sources. Rescuers and families were still looking for 35 missing people.

Islamic State claimed the bombing, its deadliest in Iraq, saying it was a suicide attack. Another explosion struck in the same night, when a roadside bomb blew up in popular market of al-Shaab, a Shi’ite district in north Baghdad, killing two people.

The attacks showed Islamic State can still strike in the heart of the Iraqi capital despite recent military losses, undermining Prime Minister Haider al-Abadi’s declaration of victory last month when Iraqi forces dislodged the hardline Sunni insurgents from the nearby city of Falluja.

Abadi’s Shi’ite-led government ordered the offensive on Falluja in May after a series of deadly bombings in Shi’ite areas of Baghdad that it said originated from the Sunni Muslim city, about 50 km (30 miles) west of the capital.

Falluja was the first Iraqi city captured by Islamic State in 2014, six months before it declared a caliphate over parts of Iraq and Syria. Since last year the insurgents have been losing ground to U.S.-backed Iraqi government forces and Iranian-backed Shi’ite militias.

“Abadi has to have a meeting with the heads of national security, intelligence, the interior ministry and all sides responsible for security and ask them just one question: How can we infiltrate these groups?” said Abdul Kareem Khalaf, a former police Major General who advises the Netherlands-based European Centre for Counterterrorism and Intelligence Studies think tank.

He said Islamic State, or Daesh, “has supporters or members everywhere – in Baghdad, Basra and Kurdistan. All it takes is for one house to have at least one man and you have a planning base and launch site for attacks of this type.”

In a sign of public outrage at the failure of the security services, Abadi was given an angry reception on Sunday when he toured Karrada, the district where he grew up, with residents throwing stones, empty buckets and even slippers at his convoy in gestures of contempt.

He ordered new measures to protect Baghdad, starting with the withdrawal of fake bomb detectors that police have continued to use despite a scandal that broke out in 2011 about their sale to Iraq under his predecessor, Nuri al-Maliki. 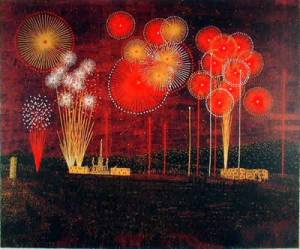 So, today our skies will light up with fireworks that we will purposefully set off to celebrate the signing of the Declaration of Independence and 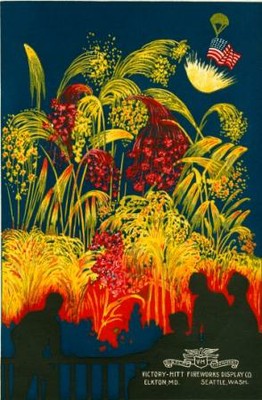 moving forward with liberating our nation from British rule. It’s odd to think that the fall out from colonialism is still going on today and that the fireworks that light up many other places do not represent the symbolic act of a war of Independence but one of oppression and terror.

I’m not sure how many of you will stop by on this holiday to say hi so I’m going to just make this a brief greeting with the one bit of news.   However this is, as always, an open thread and there are other things going on including the election of the next President of the US.

This is another thing that should give us pause as we continue to clean up the mess of the Bush Administration, and actually the mess left behind by others of his predecessors like Ronald Reagan whose adventures in South and Central American made every one in those countries a lot less safe.

If we’re unable to purse our own liberty and happiness then we can change that under our system of government.  But then, think again what it means when our actions prevent that dream for others.  My heart weeps for all of those who live in countries that we helped break.  We own it.  I think Hillary Clinton understands this.  I think Donald Trump would rather we walk away from our mess.  We broke it. We own it.  Let’s just hope the rest of the coalition of the willing hangs in there with us as we try to stop the carnage.

Have a great 4th!!!  May the fireworks near you be only the celebratory type and not the bullets from another crazed shooter or the ignition of a suicide vest!  May all beings be free from harm!!! 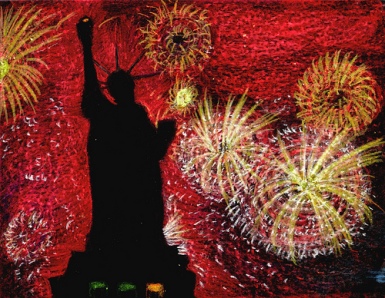 Take a swing at a Trump pinata for me!!!