Wednesday Reads: There’s got to be a morning after….

A big fuck you to all those making derogatory comments about “voting with my vagina” …I think y’all know of which Berned out group of assholes I’m talking about!

But if you look around the social media sites, many are not willing to get on with it.

If you thought Bernie was like a tunnel vision bull dog, focusing on one issue over all others….then his vocal supporters are exactly the same, latched on to the obsessive notion that Bernie is the only answer. And that his losses are a conspiracy tied to a truly deep seeded hatred of Hillary Clinton.  It goes beyond the normal political dialogue and disagreement. This shit is psychotic, I’m talking some crazy ass shit.

I’ve seen how the Bernie bros will attack one of there own how post something simple about party unity and how they will support Hilary if she is the nominee. (This was months ago before the primaries first started.) I thought the Bernie supporters would bern her at the stake for saying something so logical. She took the post down almost immediately. I wasn’t even able to get a screen shot of it…now some of the things I read on her wall is too ridiculous to comprehend. 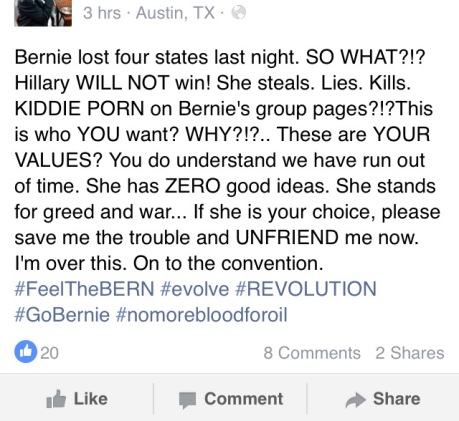 So the thread will be peppered with screenshots of Bernie supporter Facebook post….and away we go… 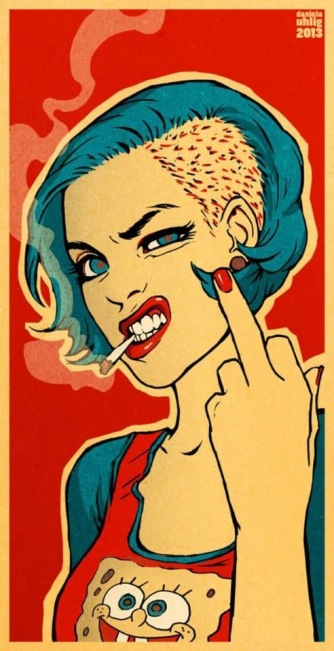 This is something we have all been saying: THE CAUSE: If Bernie Wants Real Progress He’ll Align His Message with Hillary’s – Blue Nation Review

There are certainly differences between Bernie and Hillary, but there’s a lot of common ground too, on climate change, women’s rights, education, LGBT rights, minimum wage, campaign finance reform, and immigration, among other things.

Bernie would do well to turn his fire against Republicans and to show America that the Democratic candidates share a progressive vision, a vision that is infinitely better for our nation and the world than what Trump and the GOP are offering.

It’s not easy to change tone in an election this intense — it takes courage and discipline. Most importantly, it takes leadership. This is Bernie’s moment to show his true character, to lead by example. To move the Democratic primary away from cheap attacks on Hillary’s speech transcripts and vitriolic attacks on her character.

Time to rise to the occasion.

Leadership is not a strong point. Take this little comment from a Susan Sarandon interview as an example of Bernie’s leadership:

Susan Sarandon attends the première of “The Meddler” on the day of the New York primary. – The New Yorker 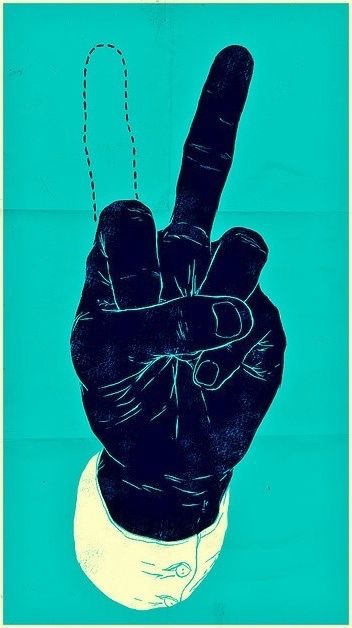 A few weeks ago, Susan Sarandon, the actor and Bernie Sanders supporter, told Chris Hayes, on MSNBC, that she did not know how she would vote if given a choice between Hillary Clinton and Donald Trump. She added, “Some people feel Donald Trump will bring the revolution immediately, if he gets in.” Things would “explode.”

Last Tuesday, when New York’s Presidential primary coincided with the New York première of “The Meddler,” in which Sarandon stars, she left her Chelsea apartment at dusk, wearing bright-red lipstick, a tuxedo, and a boot cast protecting a foot that she had fractured while hiking in Colombia. “I did not say I was voting for Trump,” she said in the elevator, recalling the national eye-roll that her remarks prompted. “And I did not say I wanted a revolution.” She reached a waiting S.U.V. “But the status quo is not working, so to sell people a system based on shoring up the status quo is not pragmatic.” She said that, during that fuss, Sanders had called her to say, “You’re doing a great job, hang in there, we’ve got your back.”

So if you ever wondered about Bernie Sanders reaction to his surrogates unbelievable assholery and utter disrespect and anti-caucus behavior, there you are…“You’re doing a great job, hang in there, we’ve got your back.”

Maddow: ‘No Way’ Sanders Wins Now, So Big Question Is How He Decides to ‘End This’ | Mediaite

At least Maddow has seen the light…

Maddow followed up by saying, “As somebody who is legitimately impartial between these candidates, I feel like there is no way Senator Sanders ends up with the nomination.”

She wondered what the “right way [is] for Senator Sanders to end this in a way that’s gonna be the best for the cause” and the Democratic party.

But the Bernie supporters are not letting this dead dog lie in peace: 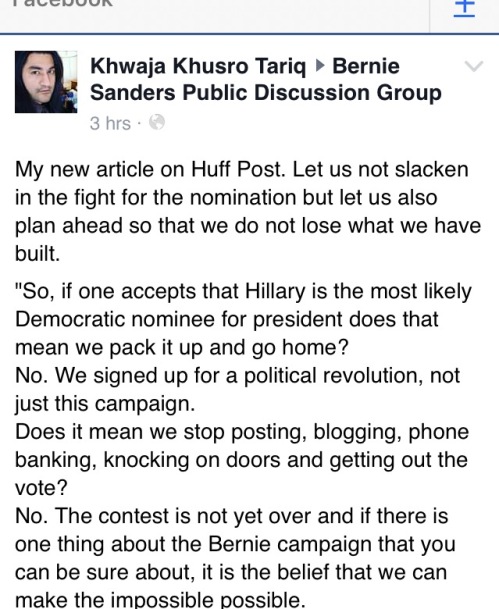 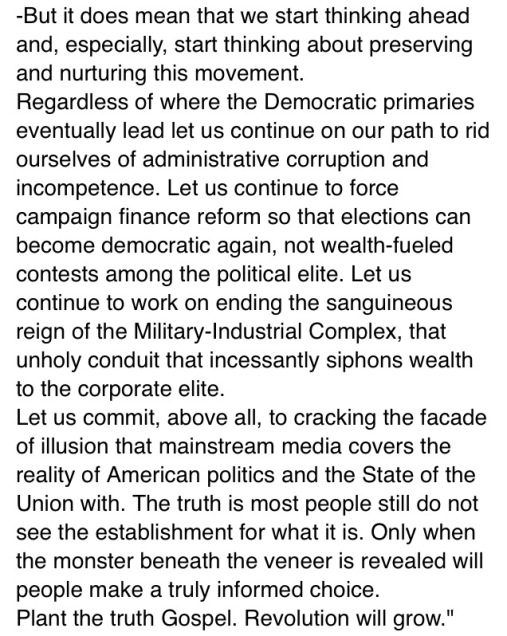 If you need to plant the truth gospel, this is the link to the dudes article: Bernie Lovers: A Revolution Is What You Signed Up For, And This Is Only The Beginning 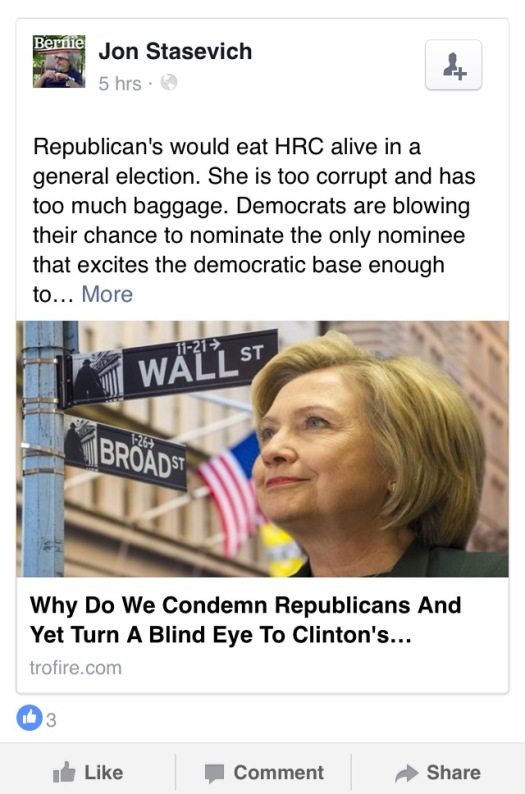 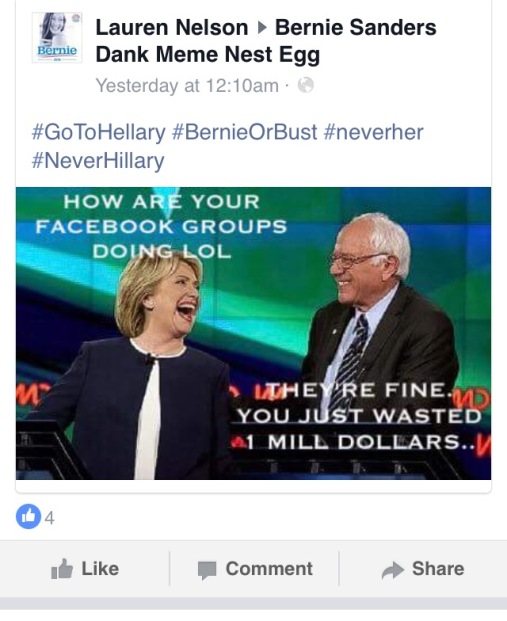 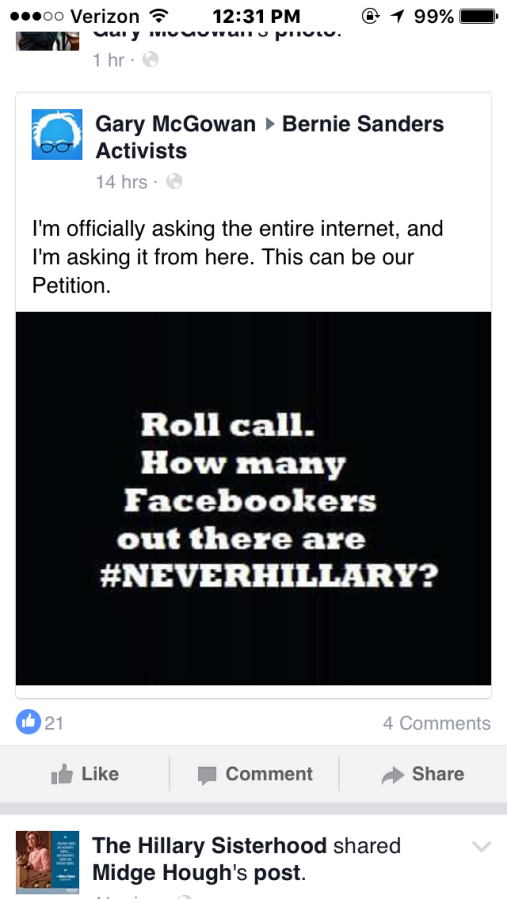 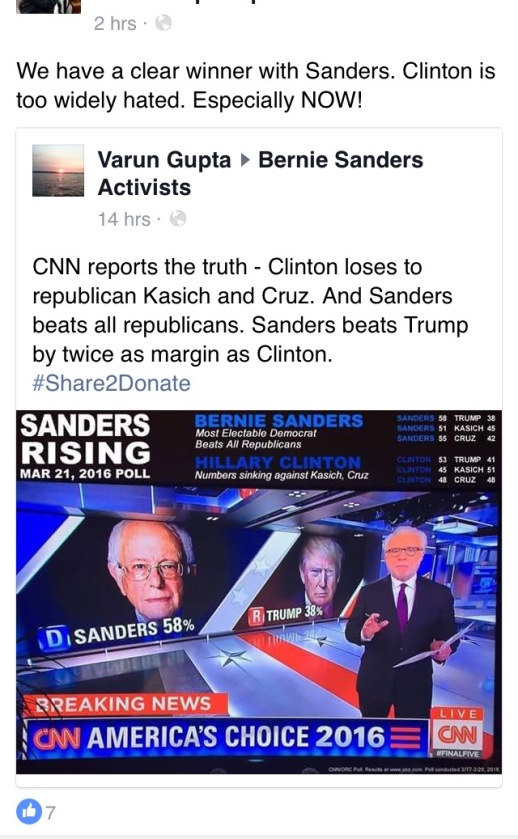 Other news from last night: 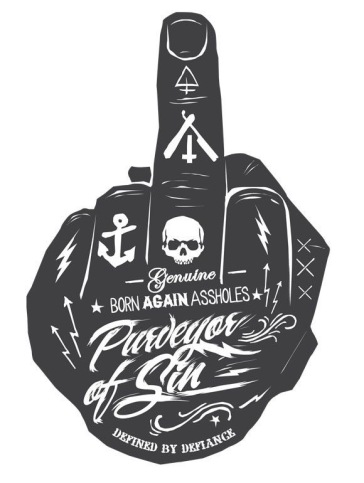 The parallel universe where Cruz is beating Trump – POLITICO

Donald Trump has earned more than 9 million votes in the Republican primary and amassed a lead that puts him on the brink of clinching the GOP nomination. But in the shadow contest for the delegates to a contested national convention, he’s getting obliterated by Ted Cruz.

It’s halftime in the hustle for loyal convention delegates. By the weekend, more than 1,300 will have been elected in county, state or congressional district elections or selected by local Republican leaders. So far, Cruz has consistently dominated these contests, securing slots for hundreds of loyalists to the convention in Cleveland in July. Trump, on the other hand, has consistently flopped.

A Politico analysis suggests the mogul is headed for an even rougher second half, limiting his opportunities to survive a contested convention and dramatically raising the stakes of his quest to secure the nomination outright. 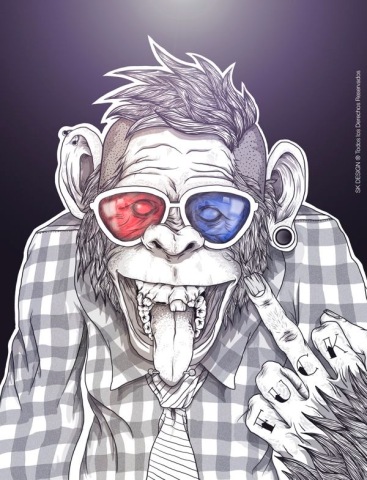 In other news, mainly in keeping with the fuck you vagina theme:

As the abortion wars rage here at home, El Salvador, the country with the strictest anti-abortion laws—where women are put in prison or risk death to avoid having a baby—shows how we might live in a world without reproductive rights.

Let that stew for a little while…

The rest of today’s links are dealing with other newsy items. 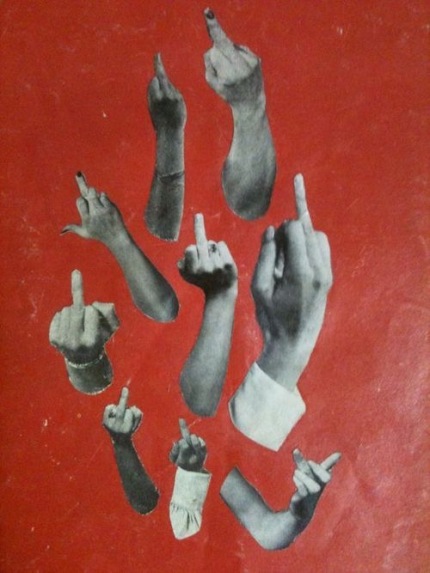 Yesterday was 30 years since Chernobyl.

BBC – Culture – The people who refused to leave Chernobyl

It is 30 years since the world’s worst nuclear disaster. Fiona Macdonald explores the work of Andrej Krementschouk, who has documented destruction – and new life – at Chernobyl.

On April 26, 1986, at 1:23:58 a. m., a series of explosions destroyed the reactor in the building that housed Energy Block #4 of the Chernobyl Nuclear Power Station. The catastrophe at Chernobyl became the largest technical disaster of the twentieth century. . . . For tiny Belarus (population: ten million), it was a national disaster. . . . Today, one out of every five Belarussians lives on contaminated land. This amounts to 2.1 million people, of whom seven hundred thousand are children. In the Gomel and Mogilev regions, which suffered the most from Chernobyl, mortality rates exceed birthrates by twenty percent. 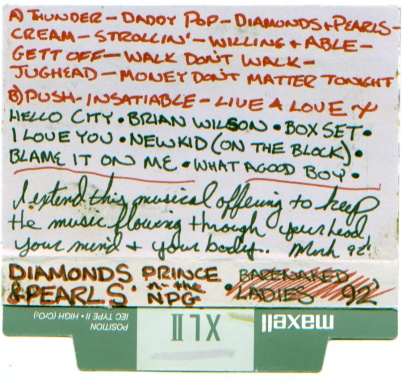 This looks like something many of us Sky Dancers would find interesting: Turner is launching a Netflix for cinephiles — Quartz

And, I will end today’s post with some new information coming out of Egypt:

Hatshepsut was no ordinary Egyptian ruler.

After her husband died, Hatshepsut didn’t just keep the “throne” warm for her stepson to come of age. She became a pharaoh in her own right, and in doing so, became one of ancient Egypt’s first female rulers. While there were likely two or three female pharaohs during the “dynastic” period, Hatshepsut is considered to be the most successful; she ruled for at least 15 years and was aprolific builder.

After her death, her stepson assumed full kingship and most mentions of Hatshepsut’s name and likeness were destroyed, erased and replaced. Over the past several decades, researchers have uncovered and described more and more evidence of her reign as a female ruler during the 1400s B.C.

Last week, Egypt’s Ministry of Antiquities announced a discovery connected to Hatshepsut that provides greater insight into the life story of this remarkable female pharaoh. The German Archaeological Institute uncovered blocks that likely belonged to one of her buildings.

Early in her career, Hatshepsut was depicted as a woman, but later on her likeness was of a powerful, muscular ruler who the same false beard that male pharaohs would wear. The blocks found by archaeologists on Egypt’s Elephantine Island are different. Believed to have been part of a waystation for the deity, Khnum, several of the blocks show Hatshepsut as a woman.

“The building must therefore have been erected during the early years of her reign, before she began to be represented as a male king,” the antiquities ministry said in a release. “Only very few buildings from this early stage of her career have been discovered so far.”

Yeah, seriously…maybe this is what Hilary needs. A beard?

54 Comments on “Wednesday Reads: There’s got to be a morning after….”