This is going to be quick and to the point. I am in a bad mood and probably should not be making any statements on these matters, because I’m not gonna be logical or even coherent…I’m just gonna be someone who is tired of all the shit.

I’m gonna pretty much tell Sanders and his league of misogynistic twats to fuck off.

(That includes Bernie’s women supporters too…cause if they still are gun ho…yeah, I said gun…after all the shit he has said the past 48 hours, they are in a true sense. The Ladies Auxiliary of Cunts in Sander’s League of Misogynistic Twats.)

Wait, I have to put this quote up…my very favorite of course: 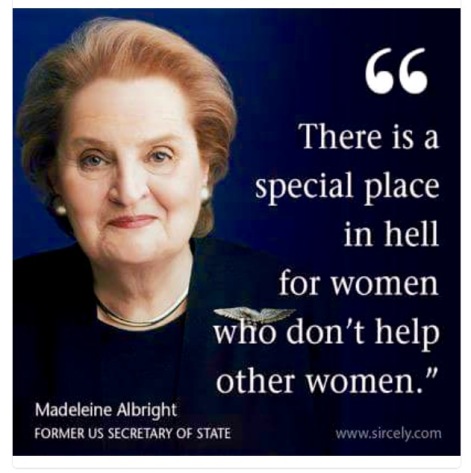 So by know you probably know what I am talking about.

Asked by MSNBC’s Rachel Maddow on Tuesday evening about the fact that Planned Parenthood, NARAL and the Human Rights Campaign endorsed Clinton, Sanders replied, “We’re taking on not only Wall Street and the economic establishment, we’re taking on the political establishment. So I have friends and supporters in the Human Rights Fund [sic], in Planned Parenthood. But you know what, Hillary Clinton has been around there for a very, very long time and some of these groups are part of the establishment.”

Really Senator Sanders? How can you say that groups like @PPact and @HRC are part of the "establishment" you're taking on? -H

Planned Parenthood’s president, Cecile Richards,tweeted, “disappointing to hear this.” The Planned Parenthood Action Fund tweeted, “We respect @SenSanders. Disappointed to be called “establishment” as we fight like hell to protect women’s health.” HRC echoed the remarks:

We share @PPact's disappointment in Sanders' attacks. @HRC has proudly taken on the establishment & fought for LGBT people for over 30 years

Jessica Morales Rocketto, the Clinton campaign’s digital organizing director, elaborated on her own Twitter account why the campaign took offense.

.@PPact does more than gives us health care access– they say to every woman that we are equal. That is *not* the establishment.

NARAL’s president, Ilyse Hogue, also weighed in on a call with reporters. She praised Clinton for “not just committing to expanding funding for Planned Parenthood, but also to take on the Hyde amendment, which is nothing more than discrimination against low income women trying to access vital health care and their constitutional rights …. Unfortunately, directly in opposition to Bernie’s unfortunate comments last night on Rachel Maddow, the anti-choice minority has become the establishment at state legislatures and is becoming the establishment at our federal level.”

In an interview with NBC News, Sen. Claire McCaskill, another Clinton surrogate, said, “I think that for Planned Parenthood, or NARAL, or the Human Rights Campaign to be considered the establishment, someone’s not paying close attention to the way American politics works.”

As far as the Sander’s campaign…this is what Bernie’s campaign had to say:

Earlier on Tuesday, Sanders campaign Michael Briggs responded to the Human Rights Campaign’s Clinton endorsement by saying, “It’s understandable and consistent with the establishment organizations voting for the establishment candidate, but it’s an endorsement that cannot possibly be based on the facts and the record.”

Asked by MSNBC if the Sanders campaign wanted to clarify his remarks on “The Rachel Maddow Show,” Briggs said, “He said it better than I could.”

Peter Daou had more to say:

So #BernieSanders' top adviser just took another swipe at Planned Parenthood. Anything to win, apparently. https://t.co/oDyl1pJ6VI

Guess the party: A candidate who voted with the NRA on #guns and takes shots at Planned Parenthood. GOP? No. #BernieSanders

Via @tomwatson I see #BernieSanders compared @HillaryClinton to Dick Cheney. Quickly losing respect for him. A low blow and worth an apology

Progressive Brothers: You Don’t Have to Hate #Hillary to Love #Bernie (and Don’t Drag Elizabeth Warren Into It) https://t.co/OyIkfTXdYO

Now that they’ve both endorsed his opponent, Bernie Sanders is openly attacking two of the most widely respected groups fighting for the liberal causes he claims to believe in. Earlier this month leading women’s health group Planned Parenthood endorsed Hillary Clinton for President, and this week leading LGBT rights group the Human Rights Campaign did the same. In response, Sanders went on national television and accused both groups of being part of the “establishment” that his campaign is fighting against.

It’s an almost inexplicable turn of events for candidate who insisted all along that he didn’t engage in “personal attacks” and was only interested in focusing on the issues. But in the past week Bernie Sanders has referred to Bill Clinton as “deplorable” while comparing Hillary Clinton to Dick Cheney, thus abandoning the high road in favor of the lowest personal attacks he can think of. And now, he’s not merely attacking his opponent or his opponent’s spouse. He appears to have concluded that anyone who doesn’t endorse his campaign it the enemy and must be destroyed, issues be damned. What on earth happened?

With Bernie Sanders As Their Nominee, Democrats Can Kiss The Presidency Goodbye – Blue Nation Review

I copied this from Dakinikat’s Facebook page. I thought it was excellent response: 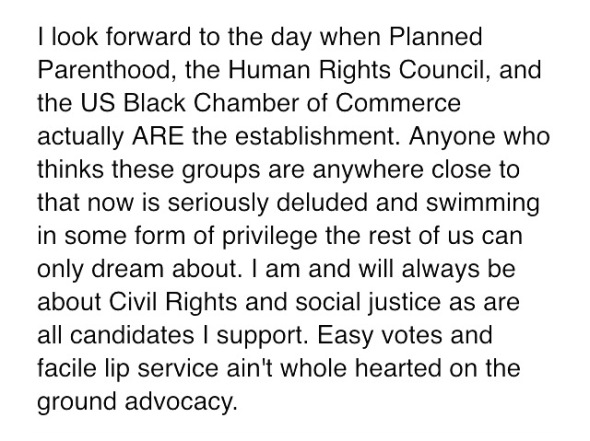 I really believe that the true Bernie Sanders is showing himself. I’ve felt all along the dude was off when it came to women’s issues. There was something about him, can’t specifically say what, but it rubbed me the wrong way.

He never has stood up to his asshole sexist supporters who lob those awful remarks Hillary’s way.

That is nothing…y’all have seen worse shit out there.

Oh, there are other examples that we have discussed here many times. Like I’ve said. I am in a bad mood and too pissy to go into details. 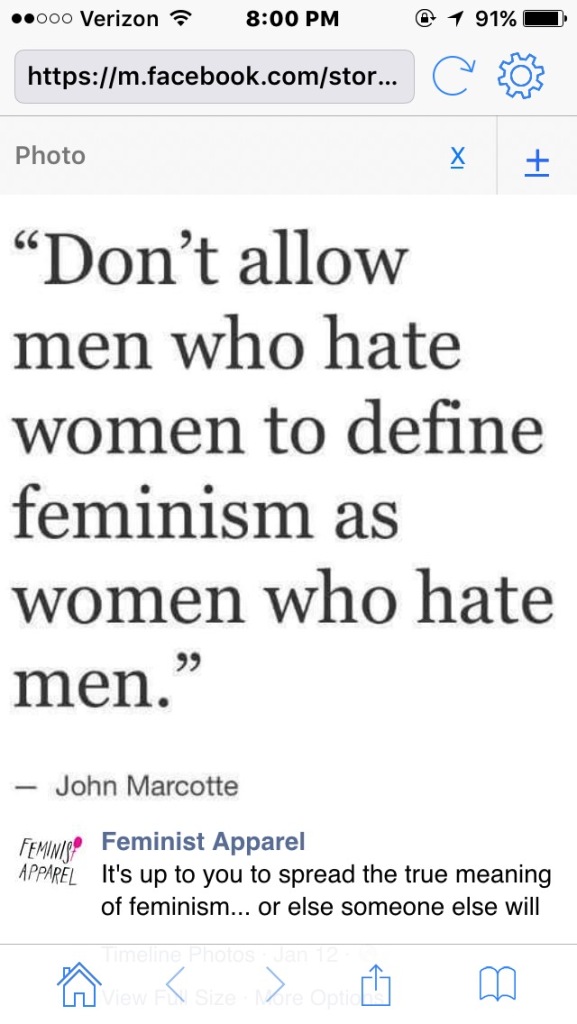 To me that is the typical Bernie supporter. And I would bet money that is also how Sanders feels himself…to some extent.

Just a couple thoughts there….

As for the idiot with the squirrel’s ass on top of his head: 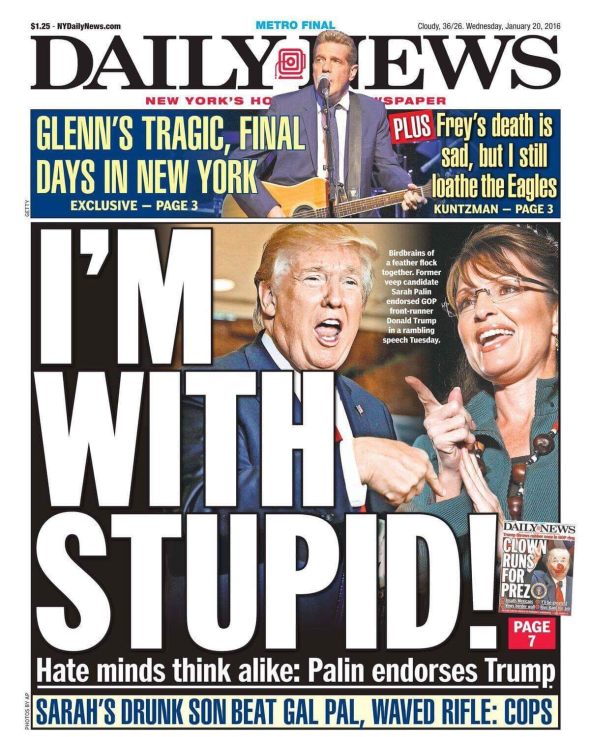 That says it all!