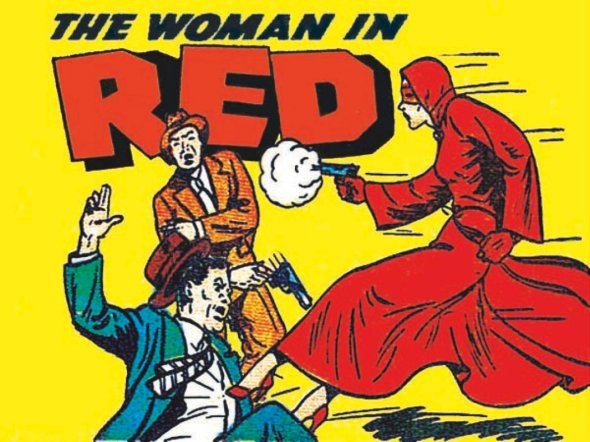 As promised…I bring you the latest edition of The Woman in Red….(It has taken me days, in fact almost the last 24 hours has been straight on through.)

You can read the earlier issues at these links:

The Woman in Red: Protector of the Uteri, Defender of Vajayjay Rights and Fighter Against the #WarOnWomen | Sky Dancing

The Woman In Red: Against The Monsters On The Hill… A comic-ill perspective observation | Sky Dancing

The Woman In Red: Battle of the Sexes…Fight Until the Vacuum Cleaner is Broken | Sky Dancing

As before, click the image to see the full size…and then click on the image itself to enlarge the picture, otherwise you will not be able to read the captions. 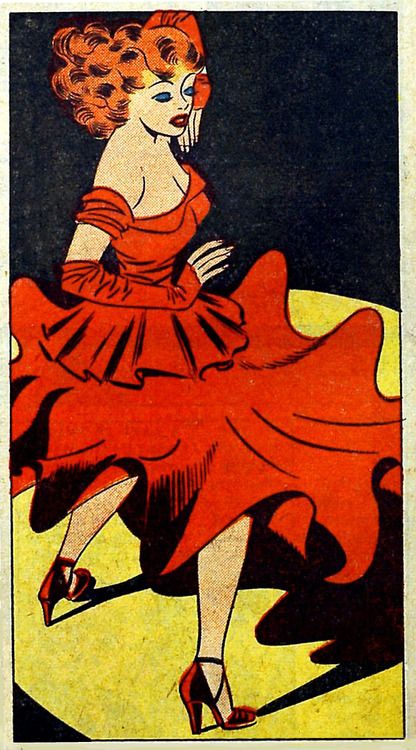 Debate, Election and the Shutdown… 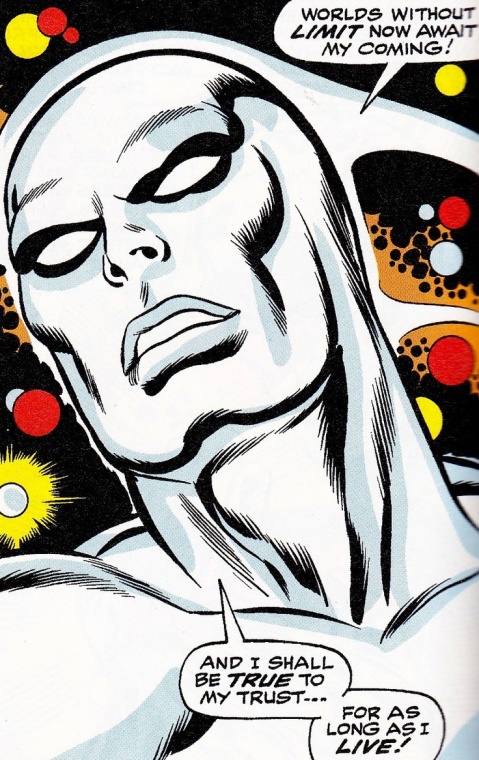 Let’s take you to the debate venue, shortly before the event is to begin…… 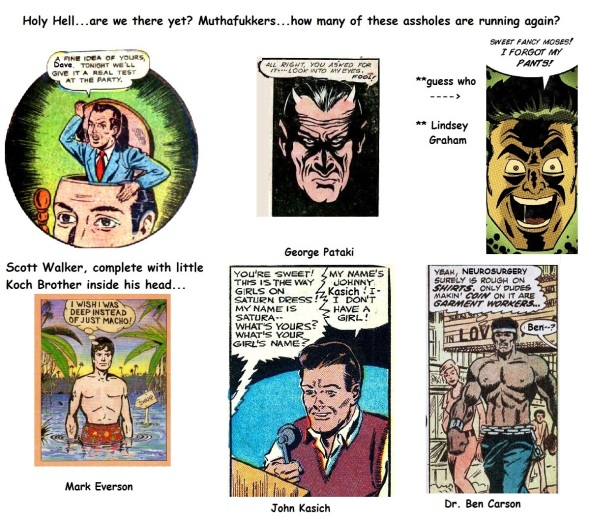 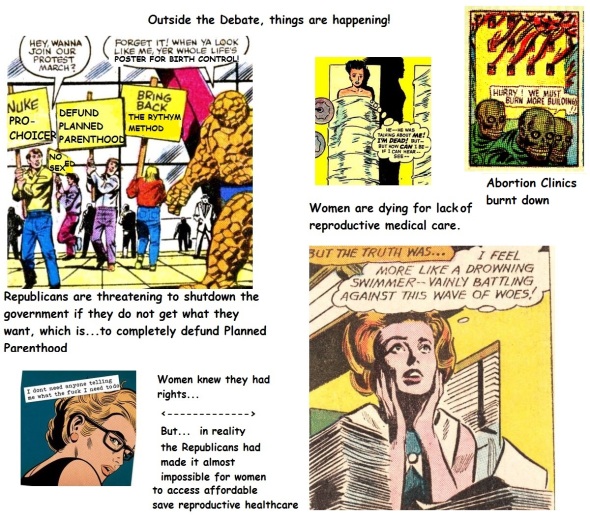 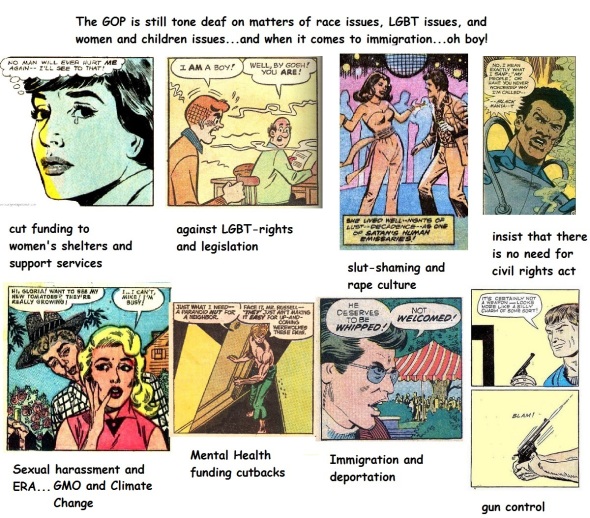 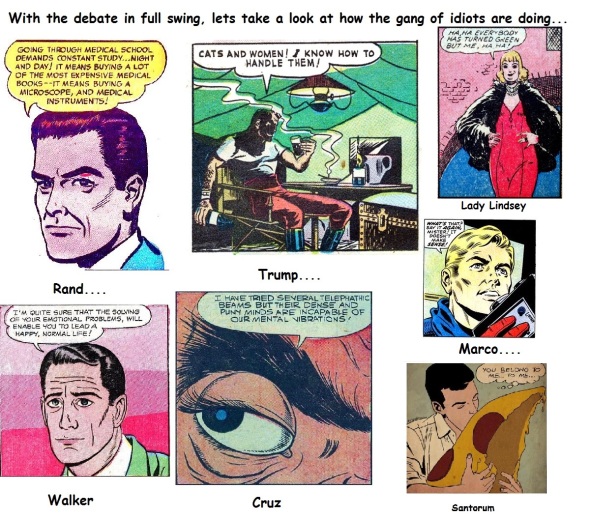 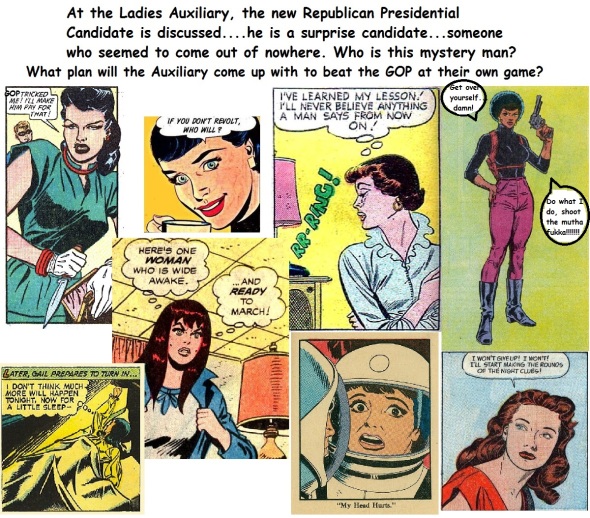 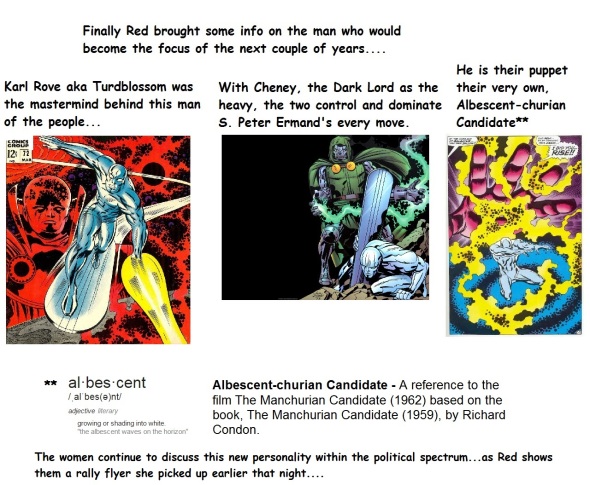 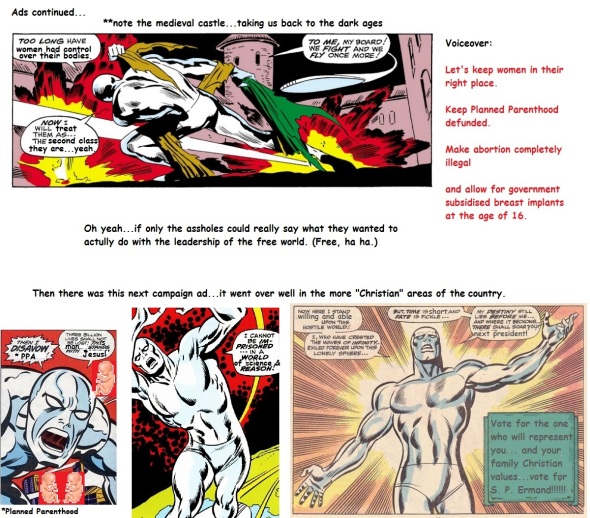 Bloody hell, I am exhausted!

Hope you enjoyed this edition of The Woman in Red, and the introduction of the new arch nemesis…S.P.Ermand…The Sperm Man!

32 Comments on “Woman in Red: Debate, Election and the Shutdown…The GOP’s Albescent-churian Candidate”