← Thursday Reads: Strange Sounds in the Sky, the Fall of Ramadi, and Other News
Tuesday Reads: The GOP Clown Car →

Wednesday Reads: Getting Medieval on the GOP’s Ass!

I could not bear to write a post today. So just take this one for what it is, my overzealous attempt to find a few Medieval images for the thread that reminded me of the GOP idiots who are running or announcing that they are running for Prez…in 2016. I was looking and next thing I know it is four am…go figure.

So, I decided to post the illuminations, manuscripts,  marginalia, bestiary, cheeky monkeys and the like with my own various commentary. Most of which will call back to the clowns that Boston Boomer and Dakinikat have been talking about lately. The images below are found here:

So the captions within the slide show are just my observations. Click on the links above for the information on the links.

Just a few that are beyond the scope of the political references that are the theme of the post today.

This reminds me of the Seinfeld episode with the marbled rye…“Seinfeld” The Rye (TV Episode 1996) – IMDb it airs tomorrow by the way on TBS.

The next image is also from a Seinfeld episode.

Okay, now for the slide show…click on the first picture below, it should open up to the larger gallery slide show….if you cannot read the full caption under the image, use the down arrow on your keyboard, it should work to move the text so you can read the entire entry.

The press and its ferocity when it comes to Hillary Hate.

Koch Brothers, give the orders and wag the dog… 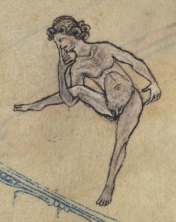 Scott Walker doing exactly as he is told by the Koch Brothers…stand on one leg, now hop…hold your other leg up at the knee and pick your nose with one hand while you scratch your ass with the other…naked. Good Boy!

Bobby Jindal…bending over backwards for one of the Koch brothers… 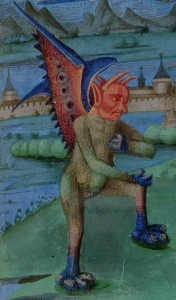 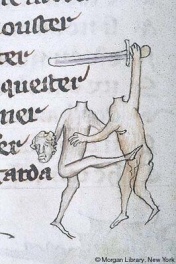 Lady Lindsey? No I don’t think so, what was that article about…that he was not a clown in the clown car?

Oh yes, Men in tights…DANCING!!!! If we are going to mention Lindsey Graham, then I am going to have to have some fun at his expense. Sorry, but hypocrite that he is…it can’t be helped.

Can’t have a dance party for Lindsey’s announcement of his announcement date announcement (jeez) without queens dressed to the nines, including platformed heels and poka-dot flowered spandex, choking….and making out with their chickens.

Of course a Lindsey campaign is nothing without the understated spanking monkeys…in red velvet hats. 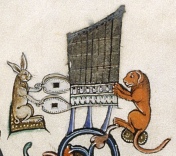 Makes me think of the scene in Midnight in the Garden of Good and Evil. The pipe organ scene.

Ah, this one, is Lady Lindsey. He is telling y’all to keep it quiet and on the down low. 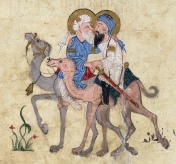 What the right thinks will happen if SCOTUS approves of Gay Marriage.

As if they have the audacity to be judgmental when they are such hypocrites.

Yeah, gay sex is a gateway to man on rabbit sex.

Joe Biden, the one who does things that makes even the horse roll his eyes and want to get the hell out of there. 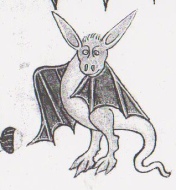 Militarized police forces making their presence known in the streets of the city…while Lord Baltimore sleeps, the curfew stands.

Martin O’Malley…the one getting kicked… 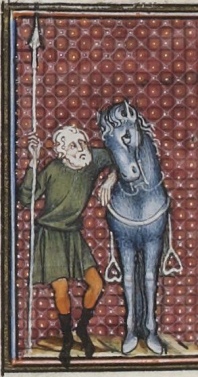 Andrew Cuomo has to wait his turn.

Boehner with his head up his ass, and his hand out for the special interest…all the while he has the Capitol Dome in his grasp.

Wall Street types, who have nothing better to do than laugh while getting away with stealing other peoples money.

The working class, those lucky enough to have jobs.

The wild ones, you know pro-evolution pro-science types.

Another wild woman, she must be loose…a harlot. And what the hell is she doing with the club?

According to the Right GOP White Mens Club…women use blue flowers to keep themselves from getting in the family way. These forms of “birth control” are hazardous to the woman’s health, and also cause abortions. They should never be prescribed or if a woman is able to weasel a script out of a witch doctor…a pharmacist and employer has the Gawd given right to deny that woman her blue flower…because Jeezus.

Even in the fucking middle ages, they knew more about a woman’s reproductive system then the asshole GOP of today!

Just an observation, even back then…the boobs are drawn like something on a pin up. 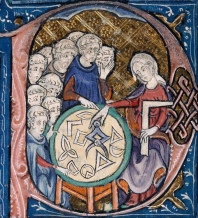 Yes, that is a woman teaching geometry to men…and it looks like one of them is pissed off and a bit scandalized about it. Get that prick to a right wing home school on the double…where he can learn stuff the old fashioned way.

What Obama should have given to the church when he met with Cardinals over birth control. A big fuck you…take that. (Yes Mary is hitting the Church with holy breast milk. ) Women are all powerful jerk-offs. You wouldn’t have your Jeeezus without Mary.

Abortion exemptions for rape and incest are no longer part of legislation now.

How the right see women…

To them, we are nothing but breed mares. 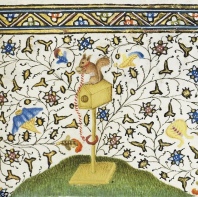 Or Christie…eating everything in sight.

Justice Scalia, shitting all over the highest court in the land. 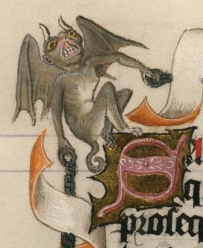 Notorious RBG working to keep what is left of liberal, civil, LGBT and women’s issues alive at SCOTUS.

If chimps have human rights, then what is next? Chimp on chimp marriage equality laws?

Still, it makes you wonder…just what will happen to Women’s Rights.

When animals have more freedoms and protections then human females.

And women can’t protect themselves without questionable sentencing from the courts.

To be controlled…and it does not have to be via violence.

All it takes is some asshole using religious freedom as manipulation for control over women and their fundamental human rights. 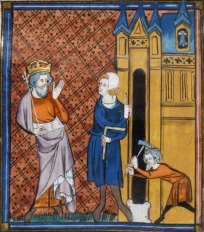 Keep ignoring the people, one day we will get tired of it and rise up and chop your legs off.

A unicorn in every pot. 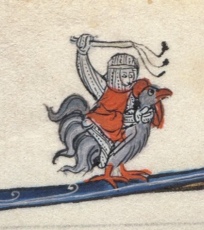 Paul Ryan…choking and beating his chicken. He doesn’t want it to be like the last time.

Rabbits beat a naked man with stick and tickle his feet with feather.

Some kind of woman beast giving the gloved two fingers…

This is a green plant man, but I thought it look like Obama…bald. Pointing, let me be clear.

When newsmen smoked on TV and didn’t make shit up.

Carly Fiorina, she is getting rid of dog like she got rid of employees.

Getting a nookie from the Devil?

I fart in your general direction.

40 Comments on “Wednesday Reads: Getting Medieval on the GOP’s Ass!”