Just When I think I can’t be more shocked …

Ever so often, I run across a story that makes me speechless.  This is one of them.  I’m going to just give you some links and quotes because 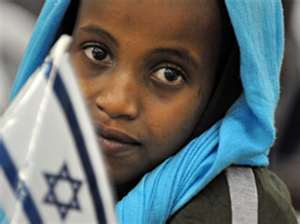 frankly, I just don’t even know if I can verbalize my feelings at the moment.

Israel has admitted for the first time that it has been giving Ethiopian Jewish immigrants birth-control injections, often without their knowledge or consent.

Compare the above story to this one: “Where Families Are Prized, Help Is Free”.

Israel is the world capital of in vitro fertilization and the hospital, which performs about 7,000 of the procedures each year, is one of the busiest fertilization clinics in the world.

Unlike countries where couples can go broke trying to conceive with the assistance of costly medical technology, Israel provides free, unlimited IVF procedures for up to two “take-home babies” until a woman is 45. The policy has made Israelis the highest per capita users of the procedure in the world.

Again, I have no words.  Just links.

Israel has admitted that it has been giving Ethiopian Jewish immigrants birth control injections, according to a report in Haaretz. An Israeli investigative journalist also found that a majority of the women given these shots say they were administered without their knowledge or consent.

Health Ministry Director General Prof. Ron Gamzu acknowledged the practice — without directly conceding coercion was involved  – in a letter to Israeli health maintenance organizations, instructing gynecologists in the HMOs “not to renew prescriptions for Depo-Provera for women of Ethiopian origin if for any reason there is concern that they might not understand the ramifications of the treatment.”

Depo-Provera is a hormonal form of birth control that is injected every three months.

Gamzu issued the letter in response to a complaint from Sharona Eliahu-Chai of the Association of Civil Rights in Israel. Representing several women’s rights and Ethiopian immigrant groups, Eliahu-Chai demanded an immediate end to the injections and that an investigation be launched into the practice.

In addition to Eliahu-Chai, Gal Gabbay, an investigative journalist who had interviewed 35 Ethiopian immigrants, found that while the women were still in transit camps in Ethiopia they were sometimes intimidated or threatened into taking the Depo-Provera shot, often being mislead about why. “They told us they are inoculations,” said one of the women interviewed. “They told us people who frequently give birth suffer. We took it every three months. We said we didn’t want to.”

Birth rates and demographics in Israel are often political, and Israel has historically focused on promoting Jewish birthrates to retain a Jewish majority, according to a recent New York Times report on fertility and in-vetro fertilization in the country.

But Ethiopian Jews remain a marginalized group, often living in highly segregated communities. Because of this, many women’s and immigrant rights advocates believe that the 50 percent decline over the past 10 years in the birth rate of Israel’s Ethiopian community is the result of the Israeli government’s attempt to limit and restrict Ethiopian women’s fertility through forcible birth control injections.

Hedva Eyal, head of the Women and Technologies Project for Israeli feminist organization Isha L’Isha, had submitted a report six years ago to the Israeli government showing a disproportionate number of birth control shots — 60 percent — were being given to Ethiopian immigrants. She says she was met with silence, until now.

Five years after allegations were first levied, and over a month after the issue again attracted mainstream attention through the Israel Educational Television documentary “Vacuum,” the Israeli government has admitted that Ethiopian women were coerced into accepting long-acting birth control shots, likely Depo-Provera. Haaretz writes:

…While the women were still in transit camps in Ethiopia they were sometimes intimidated or threatened into taking the injection. “They told us they are inoculations,” said one of the women interviewed [in “Vacuum”]. “They told us people who frequently give birth suffer. We took it every three months. We said we didn’t want to.”

The widespread practice is thought to account for the last decade’s near-halving of the Ethiopian birth rate in Israel. That this community would be a target of eugenics is disappointingly unsurprising given recently-voiced anti-Ethiopian and generally anti-African racism. As the Independent recounts, some rabbis have doubted the Jewishness of immigrant Ethiopians—necessary for their entrance under the Law of Return—and Prime Minister Benjamin Netanyahu has “warned that illegal immigrants from Africa ‘threaten our existence as a Jewish and democratic state.’”

The medical workers’ insistence that “people who frequently give birth suffer” places these coerced procedures in line with the terrifyingly dense global history of eugenics movements, which tend to target women of color, the poor, and the mentally ill. (The practice continues today in the U.S.; California prisons regularly illegally sterilize women without their consent.) Often framed as strategies to combat the “suffering” of mothers or the environmental costs of population growth, these programs conveniently disregard the input of the supposed victims.

I think this about sums it up.

“The ease with which a woman’s testimony is dismissed — certainly that of a black woman and a poor black woman at that — is shocking,” Eyal told the Los Angeles Times.

Also hoping Israel’s health minister will take further action, Eyal added that the bottom line was that “decisions about women’s health and fertility can and must be made by the women alone.” For that, they must have full and fair access to all relevant information “and that did not seem to have been the case,” she said.