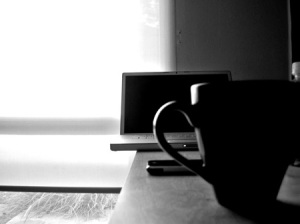 Sandra Fluke gave a wonderful speech to the DNC on Wednesday. The young woman rose to prominence after being denied an opportunity to be the only women speaking to a Issa congressional panel on the coverage of birth control in all insurance programs.  She was savagely attacked by the right wing press then and now.  Here are some horrible tweets that show exactly how awful women in the spotlight are treated by the right.

Let’s get one thing straight first: Contrary to what Limbaugh said, just because a woman wants to have easier access to contraceptives does not make her a slut or a prostitute.

But in order to promote a radical agenda that would deny women access to something so basic as birth control, conservatives took to Twitter after Fluke’s speech to, once again, repeat the disgusting falsehood that she wants the government to “pay” for her social life and to bash her for “whining” about it on a national stage.

Here’s a sampling of tweets that Think Progress spotted:

Sandra Fluke: I am woman, hear me whine.

I wonder if she has “Birth Control Martyr” business cards.

I hope someone was passing out free condoms tonight, otherwise Sandra Fluke might be in trouble tomorrow.

Sandra wants taxpayers to pay for her tanning appointments.

So, there’s a new “fish” story from Paul Ryan out and about the web.  First, we heard that Ryan lied about his marathon running feats.  Now, we’re hearing a story about Mountain Climbing.  Lies seem to come easy to Romney and Ryan, as BB pointed out.  This one is really interesting.  How many fourteeners has Ryan really climbed?

Craig Gilbert, of the Milwaukee Journal Sentinel, wrote the original story, back in 2009, about Ryan’s mountain-climbing record. He has now written an update and amplification of exactly what Ryan told him then. Here are relevant parts from the original interview:

Ryan: “My mom was very outdoorsy …  We spent our summers doing backpacking trips in the (Colorado) back-country, you know, Snowmass Lake, Capital Peak, spent all our summers doing that …  went all over White River National Forest, just the whole Elk range. I mean I’ve climbed every fourteener in that range and the three around there … So I got into climbing fourteeners when I was 12, with my brother, Stan. My mom got us into that.”
Question: “How many fourteeners have you climbed? Or how many times?”

Ryan: “I’ve done it 38 times. … I’ve done 38, but I think the number of unique peaks is something like twenty… no, no it’s like thirty or something like that. I counted it up a year or two ago.”

Question: “Most of those in Colorado?”

Ryan: “All of them are in Colorado. So I think I’ve climbed like 28 (peaks), and I’ve done it 38 times, because I’ve done a number of them a few times. So I was, you know, kind of into that stuff.”

So, now folks that are real fourteeners are weighing in on the possibility of that actually being true. According to folks that know what they are doing, it’s likely another Ryan Whopper. So, is Ryan a serial peddler of fish stories or has all that reading of Ayn Rand prevented him from processing reality?

I loved Jared Bernstein’s post on yoyo economics and politics.  It’s a theme that both Barack Obama and Bill Clinton spoke about at the DNC.  The idea of YOYO (your’re on your own) vs. We’re in This all Together is a good way to put the election this year.

Protecting the rights of individuals has always been a core American value. Yet in recent years the emphasis on individualism has been pushed to the point where, like the diners in hell, we’re starving. This political and social philosophy is hurting our nation, endangering our future and that of our children, and, paradoxically, making it harder for individuals to get a fair shot at the American dream.

This extreme individualism dominates the way we talk about the most important aspects of our economic lives, those that reside in the intersection of our living standards, our government, and the future opportunities for ourselves and our children. The message, sometimes implicit but often explicit, is, You’re on your own. Its acronym, YOYO, provides a useful shorthand to summarize this destructive approach to governing.

The concept of YOYO, as used in this book, isn’t all that complicated. It’s the prevailing vision of how our country should be governed. As such, it embodies a set of values, and at the core of the YOYO value system is hyper-individualism: the notion that whatever the challenges we face as a nation, the best way to solve them is for people to fend for themselves. Over the past few decades, this harmful vision has generated a set of policies with that hyper-individualistic gene throughout their DNA.

The YOYO crowd—the politicians, lobbyists, and economists actively promoting this vision—has stepped up its efforts to advance its policies in recent years, but hyper-individualism is not a new phenomenon. Chapter 1 documents archaeological evidence of YOYO thinking and policies from the early 1900s, along with their fingerprint: a sharp increase in the inequality of income, wealth, and opportunity. The most recent incarnation can be found in the ideas generated by the administration of George W. Bush, but the YOYO infrastructure—the personnel with a vested interest in the continued dominance of these policies—will not leave the building with Bush. Unless, that is, we recognize the damage being done and make some major changes.

One central goal of the YOYO movement is to continue and even accelerate the trend toward shifting economic risks from the government and the nation’s corporations onto individuals and their families. You can see this intention beneath the surface of almost every recent conservative initiative: Social Security privatization, personal accounts for health care (the so-called Health Savings Accounts), attacks on labor market regulations, and the perpetual crusade to slash the government’s revenue through regressive tax cuts—a strategy explicitly tagged as “starving the beast”—and block the government from playing a useful role in our economic lives. You can even see this go-it-alone principle in our stance toward our supposed international allies.

While this fast-moving reassignment of economic risk would be bad news in any period, it’s particularly harmful today. As the new century unfolds, we face prodigious economic challenges, many of which have helped to generate both greater inequalities and a higher degree of economic insecurity in our lives. But the dominant vision has failed to develop a hopeful, positive narrative about how these challenges can be met in such a way as to uplift the majority.

If you’d like to read the full text of President Obama’s acceptance speech last night it is reprinted here in full.

If you reject the notion that this nation’s promise is reserved for the few, your voice must be heard in this election.

If you reject the notion that our government is forever beholden to the highest bidder, you need to stand up in this election.

If you believe that new plants and factories can dot our landscape; that new energy can power our future; that new schools can provide ladders of opportunity to this nation of dreamers; if you believe in a country where everyone gets a fair shot, and everyone does their fair share, and everyone plays by the same rules, then I need you to vote this November.

America, I never said this journey would be easy, and I won’t promise that now.  Yes, our path is harder – but it leads to a better place.  Yes our road is longer – but we travel it together.  We don’t turn back.  We leave no one behind.  We pull each other up.  We draw strength from our victories, and we learn from our mistakes, but we keep our eyes fixed on that distant horizon, knowing that Providence is with us, and that we are surely blessed to be citizens of the greatest nation on Earth.

The election theme music is Bruce Springstein’s “We Take Care of Our Own”.  Quite a contrast to the Throw yo Momma from the Trian, isn’t it?  I love this song because it was written partially about Hurricane Katrina.

“From the shotgun shack to the Super Dome …”