← Friday Reads
Infiltration and Capitulation: The Cult of the Zygote →

Evening News Reads: Tied to a fence and Tied to a bad decision… 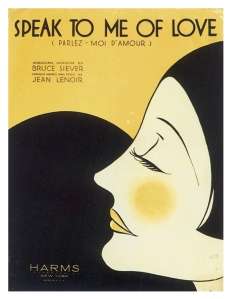 Today we have seen a lot of back and forth with Komen For the Cure and Planned Parenthood. It is good to see that PP is getting some big donations in response to the ridiculous actions of the Komen foundation. So I am just going to highlight a few new articles on the whole “Pink You!” debacle…

I must say, when I saw the title of this MoJo link, I laughed and laughed.

An internal Komen memo written by President Elizabeth Thompson and obtained by Jeffrey Goldberg of The Atlantic states that if “an applicant or its affiliates” is under investigation “for financial or administrative improprieties by local, state or federal authorities,” then “the applicant will be ineligible to receive a grant.” Penn State, the Pennsylvania university that the Hershey center is affiliated with, is currently under investigation by the federal government over the sexual assault scandal involving former assistant coach Jerry Sandusky, who has been indicted on multiple counts of sexual abuse of children. In 2008, the Komen foundation awarded a five-year, $7.5 million grant to the Hershey center to study treatments that could reduce the risk of breast cancer.

Under the Jeanne Clery Disclosure of Campus Security Policy and Campus Crime Statistics Act, university officials are required to “issue a timely warning if a reported crime represents a threat to the campus community.” The Department of Education announced that it was investigating Penn State over possible Clery Act violations last November, and a Penn State spokesperson told Mother Jones that the investigation is ongoing. The Komen foundation has not yet responded to a request for comment.

Of course they won’t comment! For those of you getting talked down to by people who believe Planned Parenhood protects sex offenders/predators, then I think you may want to share the news regarding this grant of 7.5 million to a university that clearly had a sexual predator and child rapist on their payroll…and still do. (I believe Sandusky is still getting a pension, right?) If I am wrong about that let me know.

The world’s leading breast cancer charity, Susan G. Komen for the Cure, struggled on Thursday to defuse a growing crisis over its decision to cut funding for Planned Parenthood, which provides abortion and birth control services.

Democratic lawmakers called on Komen to reconsider its move as the organization was thrust into the center of an intractable dispute that some say will hamper its work for years to come [ID:nL2E8D2HHA]. New York City Mayor Michael Bloomberg pledged his own money to help Planned Parenthood recoup the lost funds.

I spent most of the day on other sites, commenting on many of the articles that we have linked to on the blog in the last 48 hours. It is unbelievable the amount of smartass remarks from idiots who see no problem with the decision to cut funding for cancer screening programs that are mostly used by lower-income women.

However, the comments from folks who are disturbed by the politicizing of something as important as saving lives…are something to see. I am happy about that.

For one thing, the right’s war on women has been going on with little or no response or fight from women who seem to be detached from the attacks on their given rights over their own bodies. There has been a dull hum from people who have talked and talked about the Christian Jihad against women…we here on Sky Dancing have been a part of that hum…but this decision from Komen to cut ties to Planned Parenthood has really slapped some sense into people! And that is one thing I am glad to see.

Dr. Kathy Plesser, a Manhattan radiologist on the medical advisory board of Susan G. Komen for the Cure’s New York chapter, said she plans to resign from her position unless Komen reverses its decision to pull grant money from Planned Parenthood.

“I’m a physician and my interest is women’s health, and I am disturbed by Komen’s decision because I am a very strong advocate for serving under-served women,” Plesser told The Huffington Post. “Eliminating this funding will mean there’s no place for these women to go. Where are these women to go to have a mammography? Do they not deserve to have mammography?”

Moving on to something else…and I may get some flak from this, when I complain about the injection of religion into politics and government, it goes both ways.  Obama: Jesus would tax the rich – Jennifer Epstein – POLITICO.com

President Barack Obama on Thursday tied his proposal to raise taxes on wealthy Americans to his faith, telling leaders gathered for the National Prayer Breakfast that Jesus’s teachings have shaped that conclusion.

The rich should pay more not only because “I actually think that is going to make economic sense, but for me as a Christian, it also coincides with Jesus’s teaching that ‘for unto whom much is given, much shall be required,’” Obama said at the Washington Hilton, delivering remarks at an annual event that every president has attended since Dwight D. Eisenhower.

You know, I get what he is saying, but I just wish all this Jesus and Christian and God and religious manipulation would stop…from everyone!

It has no place in government…period.

There is this op/ed from David Ignatius. Is Israel preparing to attack Iran? – The Washington Post

You can go and read it at the link, I’ve been so focused on the Komen Krap  and the violence in Egypt, that I really haven’t kept up with the latest out of Iran.

Now, this last article is disturbing…In NYPD Custody, Trans People Get Chained to Fences and Poles

A trans woman says that when she was arrested for a minor subway violation, NYPD officers belittled her, called her names, asked about her genitals — and kept her chained to a fence for 28 hours. Now she’s suing. And it turns out she’s far from alone.

In her lawsuit, Temmie Breslauer says she was arrested on January 12 in a subway station for illegally using her dad’s discount fare card (only seniors and people with disabilities can get these). She says the arresting officers — the suit names one, Officer Shah — laughed at her. When they took her to the station, a desk sergeant asked her “whether she had a penis or a vagina.” Breslauer explained that she was in transition. Then, instead of putting her with female inmates or in her own room, the department allegedly chose this course of action:

[S]he was fingerprinted, seated on a bench, then painfully chained to a fence wherein, for no apparent reason, her arm was lifted over her head and attached to the fence to make it appear that she was raising her hand in the classroom. She sat there in that position for 28 hours.

She also says officers not only refused to call her “she,” they instead referred to her as “He-She”, “Faggot,” and “Lady GaGa,” and asked her “So you like to suck dick? Or what?” Meanwhile, people arrested for the same minor crime (misdemeanor “theft of services”) she was were calmly processed and allowed to leave. Finally, she was able to go before a judge, who gave her two days of community service. She says the whole ordeal aggravated her existing PTSD and left her sleepless and suicidal.

There seems to be a pattern of police brutality when it comes to crimes allegedly committed by Transgender persons.

And this isn’t the first time the NYPD has been accused of mocking and abusing a trans person. In October, Justin Adkins, director of the Multicultural Center at Williams College, was arrested for protesting on the Brooklyn Bridge as part of Occupy Wall Street. At The Bilerico Project, he reports almost exactly the same treatment that Breslauer got. When a male officer found out Adkins was trans, he asked Adkins what he “had down there.” Then, at the the station, this happened:

They had me sit down in a chair next to the filthy toilet, and handcuffed my right wrist to a metal handrail.

Why was I segregated from all of the other protestors? Perhaps the answer lay in the fact that police officers were coming by to ogle me, and were laughing and giggling at me through a window. It was obvious that prisoners were rarely handcuffed to a railing in this manner, because a number of officers asked a female officer why I was handcuffed to the railing. She told them something, I couldn’t hear what, but then, on each of these occasions, they would laugh and giggle while looking at me pointedly.

Adkins was chained up for eight hours, sometimes with his arm twisted painfully behind him, before he was finally released.

Adkins is waiting to hear back about his formal complaint filed with Internal Affairs. He has requested a standard procedure for arrest of Transgender detainees, however, his is not the first request.

A list of demands issued to the NYPD in 2009 by a group of transgender advocates and lawyers includes this:

NYPD officers place detained transgender women in cells with men in dangerous situations against their will no matter the circumstances. Transgender men have been cuffed to rails outside of cells for hours on end.

The list also says that, “In 2004, a transgender woman filed a law suit against the NYPD alleging a pattern and practice of engaging in unconstitutional and overly invasive searches of transgender people. Since then, at least four other transgender women have sued the NYPD about violations of their civil rights.”

The reporter ends this article with this:

So far I haven’t been able to get anyone from the NYPD to comment on this issue in any way. Emails to the Deputy Commissioner of Public Information have gone unanswered. When I contacted Timothy Duffy, the NYPD’s LGBT liaison, he declined to comment and referred me right back to the DCPI. All the advocates I talked to expressed some hope that the NYPD would change. But I bet lots of people in the trans community would feel a lot more hopeful if the department would make a public commitment to treating them like people. Until then, all they have to go on are some vague assurances of reform — and a lot of lawsuits that show the exact opposite.

Reform, that favorite of all stall tactics…

What are you all doing this evening? With all that has happened on the women front, I will be making brownies…lots of brownies!

25 Comments on “Evening News Reads: Tied to a fence and Tied to a bad decision…”