SDB Evening News Reads for 080511: Double Dip, Mobs and the Unemployed & Lucy, you got some ‘splainin’ to do!

Today’s reads are a little late, I know…but I have spent the last hour staring at the computer screen, trying to decide if I should post “happy shinny” news stories…or stick with the frustrating articles that seem to keep harping on problems which we have no control over.

I decided to do a bit of both, and yes…it took me that long to make up my mind.  So here we go…

Over at the NYT, there is this tidbit.  Nothing new here, cause we have Dakinikat The Great… who is able to leap over mounds of political economic bullshit in a single bound, brave trickle down theorist as they rationalize the crazy,  and make sense of all the mind numbing number talk.

Time to Say It – Double Dip May Be Happening – NYTimes.com

Double Dip Recession May Be Happening

It has been three decades since the United States suffered a recession that followed on the heels of the previous one. But it could be happening again. The unrelenting negative economic news of the past two weeks has painted a picture of a United States economy that fell further and recovered less than we had thought.

When what may eventually be known as Great Recession I hit the country, there was general political agreement that it was incumbent on the government to fight back by stimulating the economy. It did, and the recession ended.

But Great Recession II, if that is what we are entering, has provoked a completely different response. Now the politicians are squabbling over how much to cut spending. After months of wrangling, they passed a bill aimed at forcing more reductions in spending over the next decade.

In each case the first recession was caused in large part by a sudden withdrawal of credit from the economy. The recovery came when credit conditions recovered.

And in each case the second recession began at a time when the usual government policies to fight economic weakness were deemed unavailable. Then, the need to fight inflation ruled out an easier monetary policy. Now, the perceived need to reduce government spending rules out a more accommodating fiscal policy.

And of course, those who want  to cut the spending are the same people who say crap like this:  Cantor Opposes Extending Unemployment Benefits: We Need To Stop ‘Pumping Up’ Jobless Americans | ThinkProgress

In response to today’s jobs report, House Majority Leader Eric Cantor (R-VA) declared that “unemployment is far too high” and that Congress “must push pro-growth policies to get back on track.” Noting Cantor’s apparent concern as “spot on,”, CNBC host Jim Kramer told Cantor that obviously, “you’re for extending unemployment benefits given the chaotic situation.” Cantor’s response? Nope, because “for too long in Washington now we’ve been worried about pumping up the stimulus moneys and pumping up unemployment benefits”:

Cantor declared that “the most important thing we can do for somebody who’s unemployed is to see if we can get them a job” and declared that the only way unemployment benefits could be extended is if “we find commensurate cuts somewhere else”:

CANTOR: Jim, the most important thing we can do for somebody who’s unemployed is to see if we can get them a job. I mean, that’s what needs to be the focus. For too long in Washington now we’ve been worried about pumping up the stimulus moneys and pumping up unemployment benefits and to a certain extent you have states for which you can get unemployment for almost two years and I think those people on unemployment benefits would rather have a job. So that’s where our focus needs to be.

KRAMER: I just want to be very, very clear, on a day when we have a good unemployment number, that’s terrific, but not a great one and you confirmed not a great one, you are not in favor and will go against the president’s wishes to extend those unemployment benefits?

Well, just how are all those jobs going to be created when you don’t want to spend any money on programs that would create jobs…i.e. government work programs.

I don’t know, perhaps when mobs of unemployed people start running amok in the streets…something will spark a change of mind in these GOP politicians.

…a mob of young people attacking innocent fair-goers at the end of the opening night of State Fair, with some callers claiming a racially-charged scene.

Milwaukee Police confirmed there were assaults outside the fair.

Authorities have not given official estimates of the number of people involved in the attacks.

The witnesses of the State Fair attacks described the scene like one of the Riverwest mob attacks.

Rumors of racial attacks spread just as quickly. But the State Fair police chief said the incidents inside his jurisdiction did not appear to be based on race.

“It was a melee,” said state fair vendor Steve Talarczyk. “It was wild. I couldn’t believe it.”

Streubing said his officers arrested 24 people on the fair grounds Thursday night for disorderly conduct. He also said seven of his officers were injured in the incidents.

A press conference was held, you can see raw video here.

This weekend check out a new release that really looks like it is going to be a good film, even though the subject matter is far from “pleasant.” Here is a review of the film from the NYT:

“The Whistleblower” tells a story so repellent that it is almost beyond belief. Its conclusion — that in the moral quagmire of war and its aftermath, human trafficking and corruption are collateral damage — is unutterably depressing.

Another review here, this one from HuffPo:  Stephenie Foster: The Whistleblower: A Compelling Film About Standing Up for What’s Right

In most of the movies and television shows about human trafficking, the villains are disturbed, shady people out to make a quick buck buying and selling women and girls and/or belong to organized criminal enterprises. They don’t seem like people we’d know. Of course, movies and television are often informed by a true story but simplify reality and often sensationalize it.

But the movie, The Whistleblower, which will be opening on Friday, August 5 does neither. It is based on a true story about sex trafficking but doesn’t over-simplify or sensationalize what happened. In this story, while the traffickers are sinister people out to make money, they could be someone we know. Frighteningly, in this story, many of them work for international and national governmental entities and private contractors working for governments.

If you don’t remember the actual events that this film is based on, then here is a link to the article that broke the story back in 2001:  British firm accused in UN ‘sex scandal’ | World news | The Observer

A former United Nations police officer is suing a British security firm over claims that it covered up the involvement of her fellow officers in sex crimes and prostitution rackets in the Balkans.

Kathryn Bolkovac, an American policewoman, was hired by DynCorp Aerospace in Aldershot for a UN post aimed at cracking down on sexual abuse and forced prostitution in Bosnia.

She claims she was ‘appalled’ to find that many of her fellow officers were involved. She was fired by the British company after amassing evidence that UN police were taking part in the trafficking of young women from eastern Europe as sex slaves.

She said: ‘When I started collecting evidence from the victims of sex trafficking it was clear that a number of UN officers were involved from several countries, including quite a few from Britain. I was shocked, appalled and disgusted. They were supposed to be over there to help, but they were committing crimes themselves. When I told the supervisors they didn’t want to know.’

DynCorp is still in business, and you gotta love the companies slogan:

We Serve Today For a Better Tomorrow

The Daily Beast has some recent information on DynCorp and it’s press release on the film and an interview with Kathryn Bolkovac: The Real ‘Whistleblower’ on Human Trafficking in Bosnia – The Daily Beast

If anyone does see it, please let us know what you think about it. 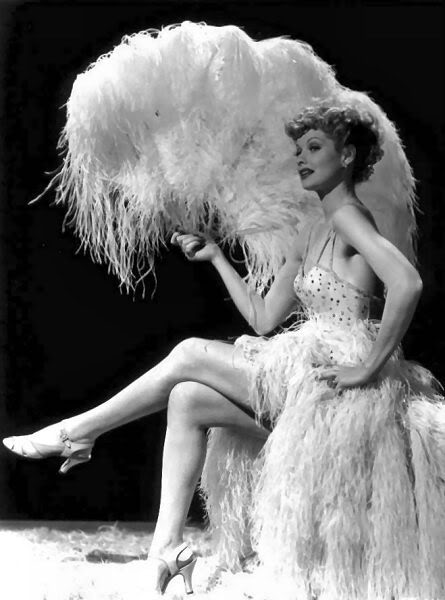 Tomorrow marks the 100 birthday of one hell of a funny red head.  Lucille Ball was born on August 6th, 1911 and here is a summary of some of her best bits on the I Love Lucy show…Why Lucy Still Makes Us Laugh

In the nine years she reigned as America’s most beloved housewife-mother-troublemaker-nutcase, actress-comedian Lucille Ball easily proved that even the most discerning TV viewers would never tire of a clearly unhinged sitcom character–no matter how outrageous her antics. But has anyone ever tried to categorize the soup-to-nuts (or, in her case, chocolate-to-grapes) lunacy that was Lucy Ricardo? Author Steve Kluger–who has spent a lifetime studying, analyzing, loving (and even meeting!) Lucy–gave it a try with this cheat sheet of I Love Lucy’s most memorable moments.

Read the list of memories at the link above, good stuff!

That is it for me this Friday, y’all have a wonderful weekend and if I don’t see you in the comments… I’ll see ya Sunday Morning!