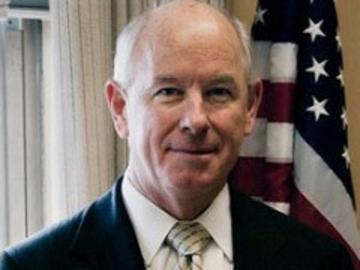 PJ Crowley is gone as Hillary Clinton’s right hand man at the State Department simply because he spoke the truth to a small audience at MIT last week. From CNN (emphasis added):

P.J. Crowley abruptly resigned Sunday as State Department spokesman over controversial comments he made about the Bradley Manning case.

Sources close to the matter [said] the resignation, first reported by CNN, came under pressure from the White House, where officials were furious about his suggestion that the Obama administration is mistreating Manning, the Army private who is being held in solitary confinement in Quantico, Virginia, under suspicion that he leaked highly classified State Department cables to the website Wikileaks.

Speaking to a small group at MIT last week, Crowley was asked about allegations that Manning is being tortured and kicked up a firestorm by answering that what is being done to Manning by Defense Department officials “is ridiculous and counterproductive and stupid.”

Crowley did add that “nonetheless, Bradley Manning is in the right place” because of his alleged crimes, according to a blog post by BBC reporter Philippa Thomas, who was present at Crowley’s talk.

But that wasn’t good enough for our authoritarian President, who cannot abide criticism of any kind–at least from the liberal side of the aisle.

House Speaker John Boehner can question Obama’s American citizenship, and Senate Minority Leader Mitch McConnell can say his main goal is to prevent Obama’s reelection, but let a State Department official question whether torturing whistleblower Bradley Manning is appropriate or smart policy, and he’s gone in the blink of an eye.

The writing was on the wall after President Obama’s cold and unfeeling remarks about Manning at his press conference on Friday.

“I’ve actually asked the Pentagon whether or not the procedures that have been taken in terms of his confinement are appropriate and are meeting our basic standards,” Obama said, suggesting some of those procedures were to protect Manning’s safety. “They have assured me that they are.”

Because the best way to find out if a crime is being committed is to ask the people who are perpetrating the crime, right?

Obama is the Commander and Chief of the armed forces. He could order the Defense Department to stop torturing Manning today. But at this point we’ve all learned not to expect any human decency or leadership of any kind from this man. He has now explicitly put his stamp of approval on the psychological torture of an American citizen, who has done nothing more than reveal war crimes committed by the U.S. military.

P.J. Crowley, who apparently does possess some human emotions and empathy, dared to speak his mind at a private meeting and when the word got out, Obama canned him.

According to Politico, Hillary Clinton wanted Crowley gone anyway and this just “controversy” speeded things up.

Crowley had been on the outs with Secretary of State Hillary Clinton, and rarely accompanied her on her travels abroad. Michael Hammer, President Barack Obama’s NSC spokesman, had been sent to State earlier this year, with the plan for him to succeed Crowley, sources said.

Is that the White House pushing the blame off on Hillary again or is it really true? I honestly don’t know, but I have some strong suspicions.

In a statement Sunday, Crowley notably made no apology for his remarks, but acknowledged that they made his continued service untenable.

“The unauthorized disclosure of classified information is a serious crime under U.S. law. My recent comments regarding the conditions of the pre-trial detention of Private First Class Bradley Manning were intended to highlight the broader, even strategic impact of discreet actions undertaken by national security agencies every day and their impact on our global standing and leadership. The exercise of power in today’s challenging times and relentless media environment must be prudent and consistent with our laws and values,” Crowley said.

“Given the impact of my remarks, for which I take full responsibility, I have submitted my resignation as Assistant Secretary for Public Affairs and Spokesman for the Department of State,” Crowley said.

Clinton said in a statement that she accepted Crowley’s resignation “with regret.” His service, she wrote, “is motivated by a deep devotion to public policy and public diplomacy, and I wish him the very best.”

Best wishes to Crowley. I hope he lands a job where he is allowed to speak the truth and doesn’t have to defend torture.