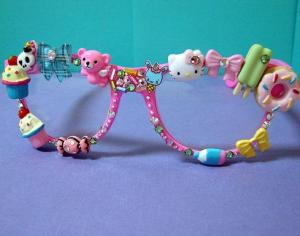 and presenting it to the class.  In my grade school, the big day was Wednesday.  I got my first subscription to The Paris Match in 7th grade and my Honors World History teacher turned me on to The Guardian in 11 th grade. My grandmother made sure we all had subscriptions to The Christian Science Monitor until the day she died. I think a lot of it had to do with being trapped in Omaha where nothing EVER happened.  I was fortunate that my family put a high priority on travel because the newspaper subscriptions were  a portion of what kept me away from becoming the archetypal Omahan.  Geographical and cultural isolation can lead to some strange people. (Cue The Deliverance banjos.)

I’ve been returning to the PEJ site now that I know it exists.  That’s where I’ve pulled this book review and an interesting set of suggestions on how to “interpret the news”.  I admit to having a preference for C-SPAN these days as I’m pretty tired of the idiots that filter and read the MSM items now.   I probably will order up the book ‘Blur, How to Know What’s True in the Age of Information Overload’ by Bill Kovach and Tom Rosenstiel. The review says its goal is to provide a “pragmatic, serious-minded guide to navigating the twenty-first century media terrain”.  That’s a serious agenda given the number of commercial news outlets we have these days.

Here’s another bit from that:

Blur provides a road map, or more specifically, reveals the craft that has been used in newsrooms by the very best journalists for getting at the truth. In an age when the line between citizen and journalist is becoming increasingly unclear, Blur is a crucial guide for those who want to know what’s true.

What I want to offer up is the list they provide.  It’s called “Ways of  Skeptical Knowing”.   My mother handed me her middle name–Jean–for my birth certificate.  She was always a true to form Show-Me-State skeptic.  That’s why I always consider “Skeptic” to be my authentic middle name.

Ways of Skeptical Knowing—Six Essential Tools for Interpreting the News

2. Is the information complete? If not, what’s missing?

3. Who or what are the sources and why should I believe them?

4. What evidence is presented and how was it tested or vetted?

So, armed with this, I got slightly

curious about the guys that wrote the book and found an interview with Bill  Kovach at a site called Stinky Journalism.  I gave up writing for the school paper back in high school so I actually didn’t know he’d authored your basic Journalism 101 textbook, The Elements of Journalism. The site explains how Blur “focuses on the importance of verification, fact-checking and evidence in media — whether it be traditional newspaper media or an online blog”.   Evidence!!! Verification!!! Fact-Checking!!!  NOW, we’re talking stuff that sends tingles up and down my researcher leg!!

I found this quote to be very interesting.

“The separation between journalists and citizens is slowly disappearing.  I mean, anyone, anywhere can be a reporter of the next big news incident.  Anyone can be a reporter now, and in terms of the information citizens need because they have access to the online presentation of information from hundreds of sources, they are becoming their own editors.  So it’s imperative that we both help journalists understand this change…and citizens understand how they can determine what they can believe in.”

What drove my Grandmother to send me The Christian Science Monitor, my French teacher to share the Paris Match, and my history teacher to encourage me to read The U.K. Guardian is what drives me to alternative sources on the World Wide Web today. I  was fortunate enough to  develop a healthy skepticism about relying on any one source of information from these precious folks who cared about my development as a person.  I am thankful for my earliest experiences of looking out side of the Omaha World Herald for information.  I do have to say that I was fortunate to be educated in an excellent public  school system that was well known for its outstanding English programs and teachers.  This is the same high school and school system  that produced Kurt Andersen. (One of my friends had a wicked crush on him and used to use my access to get into the Journalism classroom/lab to get near him when we were sophomores.)

I guess I’m bringing this up for several reasons. First, I think part of being in a democracy means that you become an informed citizen.  That implies you need information and it should be factual information.  Second, I think that the powers that be have found so many profound means of disseminating propaganda through main stream sources–think WMDs and the Iraq War– that we have to actively search out alternatives to find out not just the information; but the truth.

Lastly, nothing is making this an imperative as the Wikileaks episode.  What first made some things clear to me in Junior High School was The Pentagon Papers.  For some childish reason, I thought my exceptionally wonderful and moral country would never lie to me or hide things from me other than battlefield plans.  I believe that my reaction to both was formed early by the intents of my grandmother and my teachers to get  me to look outside my narrow life to the world at large.   Our government, many people in our communities and plenty of those around us–including the press–are not always acting from truth or the best interest of all of us.  It’s important to discover intent, funding, and connections.  We must all become investigative journalists.  However, it heartens me to see that there are still journalists that remember they are an important element of democracy.  It saddens me when journalism turns into celebrity gossip rags and spin vehicles.

Thomas Paine and Benjamin Franklin were the bloggers of their day.  Samuel Adams made certain that the Massachusetts Circular Letter was seen by more than just the local politicians.  His ‘leaks’ outraged the British monarchy.  It also lead to our nascent democracy.  Much of what is going on right now is part of our heritage as Americans.  However, so many people have have access to platforms now that it’s important to do the basic research for ourselves.  We must be vigilant and tenacious truth seekers.

34 Comments on “Consuming the News”