That’s a quote from the incoming Speaker of the House, John Boehner. From The New York Times:

In a speech to the Right to Life Committee in June, Mr. Boehner explained the roots of his beliefs.

“I grew up in a small house in Cincinnati with a big family, 11 brothers and sisters,” Mr. Boehner said. “My parents sent all 12 of us to Catholic schools.” At those schools, he said, “we learned about deeper values, and respect for life was at the top of that list.”

Except as far as I can tell, the only form of life that Boeher holds sacred is fetuses. He seemingly has no objection to lives being lost during pointless wars, he voted against stem cell research which would help people with deadly diseases, and I would be very surprised if he doesn’t support capital punishment. Boehner apparently doesn’t value women’s lives very much, since he voted against equal pay for women.

Because of his deep “respect for life,” Boehner strongly supports the goals of the new chairman of the Energy and Commerce Subcommittee on Health, Rep. Joe Pitts (R-PA), whose committee “has jurisdiction over private health insurance, Medicaid and much of Medicare, as well as the Food and Drug Administration and the National Institutes of Health,”

Short of that goal, Mr. Pitts said he was determined to ban federal subsidy payments to any health insurance plans that include coverage of abortion — a benefit now offered by many private health plans.

Under the new law, the federal government is expected to spend more than $450 billion in subsidies to help low- and middle-income people buy insurance from 2014 to 2019.

When Congress was writing the law, Representative Bart Stupak, Democrat of Michigan, led efforts to restrict the use of federal money for insurance plans covering abortion. Mr. Pitts, though less well known, was the chief Republican co-author of the “Stupak amendment.” 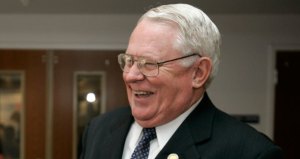 From his powerful new perch, Mr. Pitts said he would try again to impose those restrictions.

In its current form, the Obama health care law allows health plans to cover abortions, but no federal money can be used to pay for them. To make sure not a single cent of taxpayer money gets used in that way, patients must write two separate checks–one for health coverage and one completely out-of-pocket for abortion coverage. Furthermore, insurance companies have to keep the money in separate back accounts! In addition President Obama, the great progressive, issued an executive order to make it absolutely clear that no federal funds can be used to pay for abortions.

But none of that was good enough for Joe Pitts. He wants to make sure that no plan that makes abortion coverage available can receive subsidies under the new law. In effect this would ban abortion, since the few doctors who still perform the procedure aren’t likely to keep doing so if they aren’t covered by insurance. Frankly, I think the current rules will probably lead to this result, but Joe Pitts and John Boehner want to make absolutely sure. Because they care so very deeply about human life.

God, I’m so sick of Republicans. If only we could have gotten a Democrat into the White House in 2008, maybe Democrats would still control Congress.