← “The Public Option is not your Enemy”
Stealing Home →

Today’s Wall Street Journal highlights the Details Set for Remake Of Financial Regulations. The question on every one’s 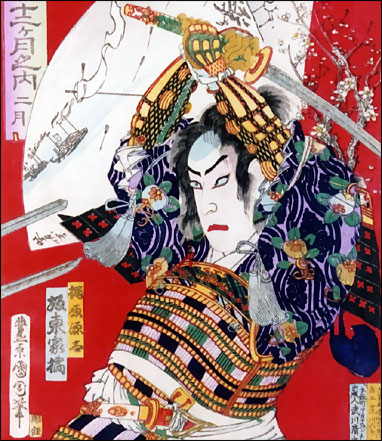 mind is will it be real this time instead of some show that shuts down the minute the press leaves the room. (You know when Barny Frank and Chris Dodd trot out the single malt and the Cuban Cigars and party down to Chain, Chain, Chain … chain of Fools.

President Barack Obama is expected Wednesday to propose the most sweeping reorganization of financial-market supervision since the 1930s, a revamp that would touch almost every corner of banking from how mortgages are underwritten to the way exotic financial instruments are traded.

We shall see, we shall see. In today’s WAPO, Timothy Geithner and Lawrence Summers are inkling their strategy in A New Financial Foundation. They identify five key problems in the article they see with the current regulation regime.

First, existing regulation focuses on the safety and soundness of individual institutions but not the stability of the system as a whole. As a result, institutions were not required to maintain sufficient capital or liquidity to keep them safe in times of system-wide stress. In a world in which the troubles of a few large firms can put the entire system at risk, that approach is insufficient.

Capital requirements are always nice in a fractional reserve system. After all, banks only make money by lending out the funds they hold at a higher rate, but this needs to be closely examined; especially with capital from government sources at the risk or implied government guarantee of assets. I talked before about Stiglitz’s concept of Banks Too Big to be Restructured. Many of us feel that these banks don’t need to be better regulatedbut completely busted up. The joint statement appears to say that the Obama Adminstration is prepared to let them dither in Zombie land while making them come up with more capital. (The only thing I can say is how long and with whose money?) I call this passage a stinker, but I’ll wait to see the details in the bill itself. If they regulate it the way they regulated Fannie and Freddie, hide your savings under your nearest mattress and try to get all your income in Eurodollars.

The administration’s proposal will address that problem by raising capital and liquidity requirements for all institutions, with more stringent requirements for the largest and most interconnected firms. In addition, all large, interconnected firms whose failure could threaten the stability of the system will be subject to consolidated supervision by the Federal Reserve, and we will establish a council of regulators with broader coordinating responsibility across the financial system.

Second, the structure of the financial system has shifted, with dramatic growth in financial activity outside the traditional banking system, such as in the market for asset-backed securities. In theory, securitization should serve to reduce credit risk by spreading it more widely. But by breaking the direct link between borrowers and lenders, securitization led to an erosion of lending standards, resulting in a market failure that fed the housing boom and deepened the housing bust.

The administration’s plan will impose robust reporting requirements on the issuers of asset-backed securities; reduce investors’ and regulators’ reliance on credit-rating agencies; and, perhaps most significant, require the originator, sponsor or broker of a securitization to retain a financial interest in its performance.

The plan also calls for harmonizing the regulation of futures and securities, and for more robust safeguards of payment and settlement systems and strong oversight of “over the counter” derivatives. All derivatives contracts will be subject to regulation, all derivatives dealers subject to supervision, and regulators will be empowered to enforce rules against manipulation and abuse.

Some of the plans answer some of my criticisms about the securitization process. This is especially true of the Credit Default Swap market which has long gone with out standardization and oversight. I’m wondering, however, if “robust reporting requirements” will lead to the same,wow, they faked the loan application documents and we just happened to miss it eventually.  Problems in these markets was also due to mispricing of risk and excessive build up of risk in one subsidiary of the business with no one thought to the fiduciary responsibilities in another. Does this mean we have to ferret out the abuse after it happens or are there some preventative measures that I’m not seeing in this explanation?

Building on the recent measures taken to fight predatory lending and unfair practices in the credit card industry, the administration will offer a stronger framework for consumer and investor protection across the board.

Yes, and let’s just think about why this has happened. Mr Vice President used-to-be Senator MBNA comes in mind. From weakening of bankruptcy protection to lifting of usury laws to failing to acknowledge fees as added interest, we have Democrats and Republicans standing in a line acting in the interests of the Financial Industry. There has been a systematic run-around of truth-in-lending laws since the 1980s that has been enabled by every Senator and Representative with big financial interests in their back yard. Do I seriously think will get substantive change on this? Let’s not forget who buys the Cuban Cigars, the single malts, and then hires the party in the LasVegas where they pay Aretha to sing.

Fourth, the federal government does not have the tools it needs to contain and manage financial crises. Relying on the Federal Reserve’s lending authority to avert the disorderly failure of nonbank financial firms, while essential in this crisis, is not an appropriate or effective solution in the long term.

To address this problem, we will establish a resolution mechanism that allows for the orderly resolution of any financial holding company whose failure might threaten the stability of the financial system. This authority will be available only in extraordinary circumstances, but it will help ensure that the government is no longer forced to choose between bailouts and financial collapse.

Okay, I can buy that. Again, I’ve argued for a resolution mechanism outside of harboring the stink on the Fed’s balance sheet under the guise of Quantitative Easing. The details in this will be in the plan. This one has to cook awhile.

Fifth, and finally, we live in a globalized world, and the actions we take here at home — no matter how smart and sound — will have little effect if we fail to raise international standards along with our own. We will lead the effort to improve regulation and supervision around the world.

Well, that’s the usual these days. When all else fails, blame globalization. Problem is the problems started mostly in the Anglo-American side of the Financial System and every one else appears to be along for the ride. I’m sure they’ve read the Basel Accords and I’m sure they’ve read the German complaints offered up at the G-20 summit and Davos. Every one is complaining that OUR standards are behind, it’s not the other way. But, hey, this has been a blame everything on every one else kind’ve four months, so why expect that to really change?